This Lego Model of Liberty Place Has More Than 17,000 Bricks

It will be part of the Legoland Discovery Center at the Plymouth Meeting Mall, which opens on April 6th. 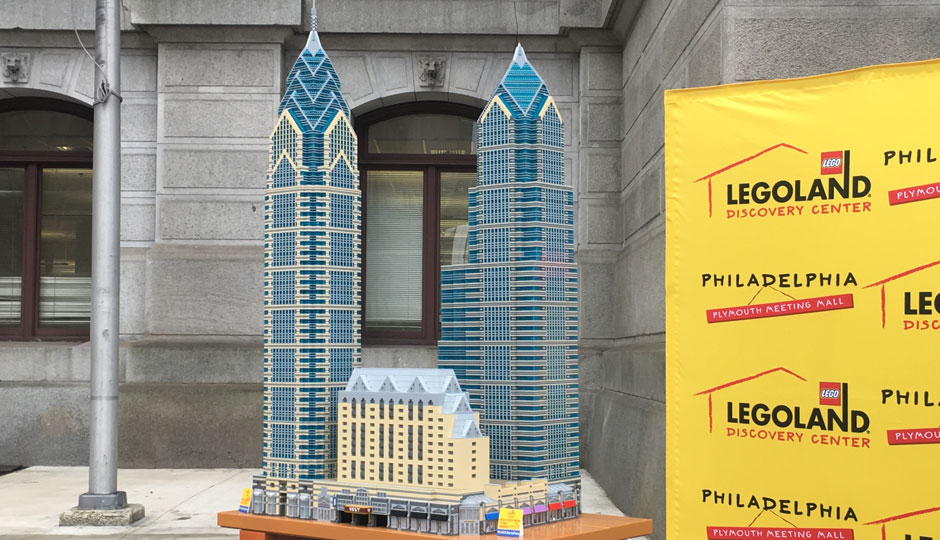 Growing up outside Princeton, Mike Nieves was a Lego enthusiast by the time he was two years old. Now he’s turned that passion into a career.

The Legoland Discovery Center opens at the Plymouth Meeting Mall on April 6th. Last year, Lego held a contest for job applicants who wanted to be a master model builder — yes, almost like in The Lego Movie — at the Center.

About 100 people were scheduled to show up at the contest. Nieves and the other contestants had to make several Lego models over a two-day competition. “It was pretty tough,” Nieves tells Philadelphia magazine. “We had about a half hour for each round. The first was an animal, second round was fantasy, third round was something that represents yourself.”

Nieves did well enough in the contest that he’s now the master model builder for Lego’s Plymouth Meeting Mall location. Today he was on hand at City Hall where Legoland Philly GM Michael Taylor and Mayor Jim Kenney unveiled a nine-foot-tall model of Liberty Place made entirely out of Lego bricks — more than 17,000 of them.

“It took over 900 hours to build,” said Taylor. “It is very impressive. It’s got such detail, if you look in the windows of the shops. It’s a great addition to our Miniland Philadelphia.” Taylor said there will be about 20 Philadelphia buildings in the Discovery Center, including models of the Comcast Center and City Hall. There will even be a model of the mayor’s office made out of Lego bricks.

The Legoland Discovery Center is aimed at families with kids ages 3 through 10. It will feature multiple themed buildings areas where kids can play with Legos, an interactive Lego-themed ride, and a “4-D” cinema (3-D, plus interactive elements). Tickets will be $24 per person at the door, though they’re currently $19 as part of a pre-opening offer. Annual passes, allowing 12 months of access, are currently $54. Adults must be accompanied by children to enter.

Some of the models in Lego’s Miniland are assembled off-site and shipped to the Plymouth Meeting Mall. Others are assembled on-site. (Sadly, Taylor says they don’t come in plastic bags with accompanying instructions like regular Lego sets.) Some of the Lego models are glued together in order to improve their stability. They are also quite detailed. 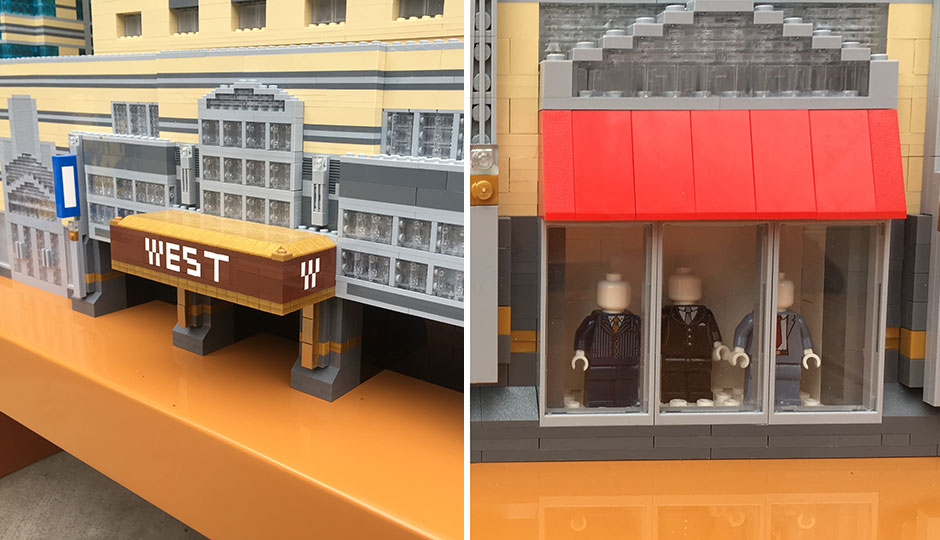 The Westin hotel and the Express store are included in the Liberty Place made out of Lego bricks | Photos: Dan McQuade

With the opening so near, the master model builder says he can’t wait.

“Once it opens, everything is going to start working,” Nieves says. “Everyone’s going to come in and they’re going to see it for the first time. I can’t wait to see their faces.”