PHOTOS: The National Dog Show in the Philly Suburbs

The Philadelphia Kennel Club held its annual dog show in Oaks over the weekend. Here are some photos of pampered pooches in the benching area. Attending a dog show is a weird experience.

Dog shows — in the most common usage of the term — are conformation shows, events where purebred dogs are judged against the ideal standard for their breed. That’s not why dog shows are weird, though. Attending a dog show is like attending any other convention: It’s filled with people who geek out about the same subject. You feel a little out of place if you’re not part of this subculture. I don’t even own one dog sweater.

It’s like going to comic-con or the Renaissance faire, only with dogs. Of course, that means it’s actually pretty enjoyable. The Kennel Club of Philadelphia hosted its annual dog show over the weekend at the Greater Philadelphia Expo Center in Oaks, and it was a pretty good time.

The Kennel Club’s show, which airs annually on Thanksgiving as the National Dog Show, is a “benched show.” That means dogs must remain benched for the entire two-day period, going home only at night. This allows visitors to wander the benching area where the dogs prepare to be shown and rest afterward. You can talk to owners about breeds and, more importantly, pet some of the friendlier dogs. I attended the National Dog Show’s first day on Saturday and wandered around the benching area to snap some photos. Enjoy! 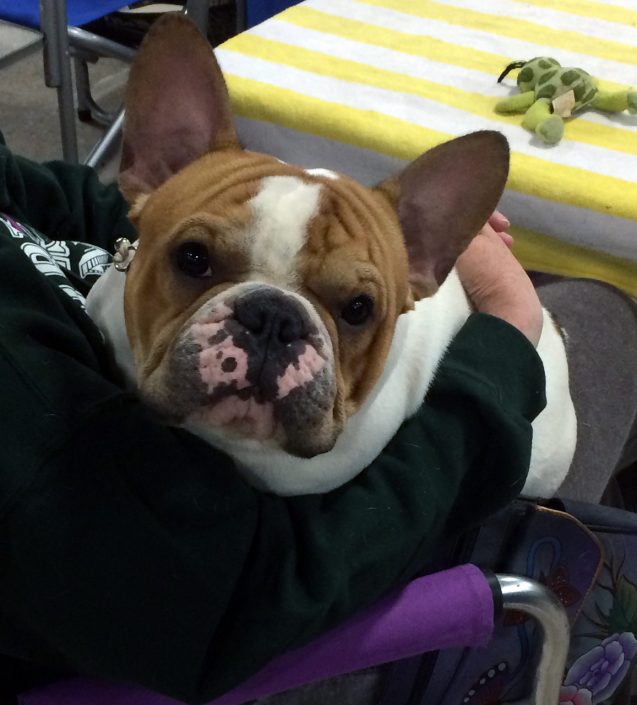 Look at this little guy's ears. 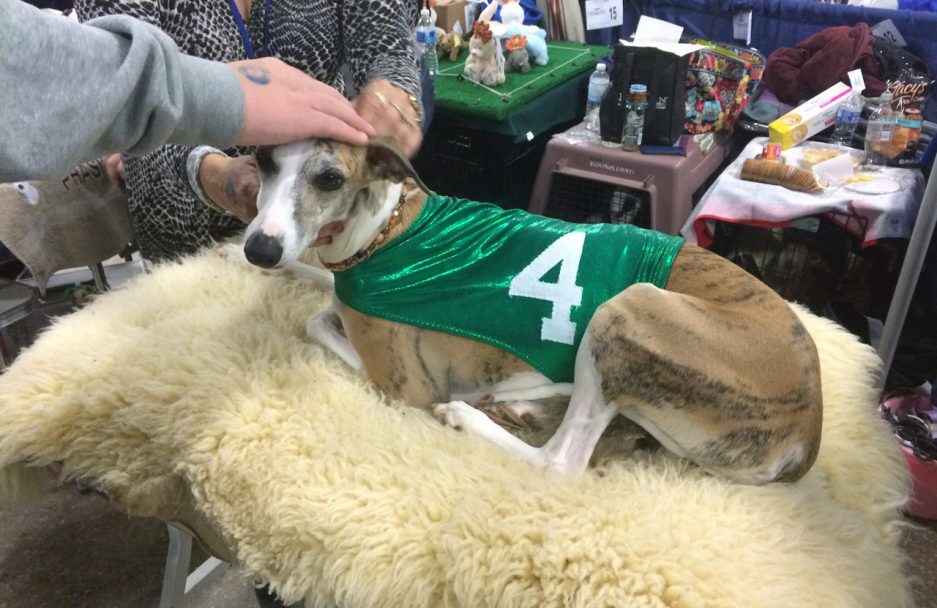 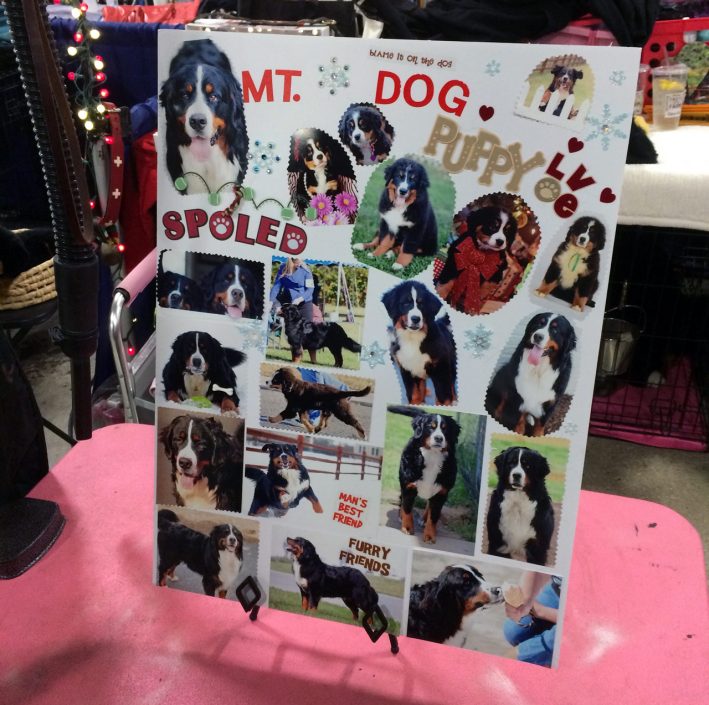 Don't you just want one now? 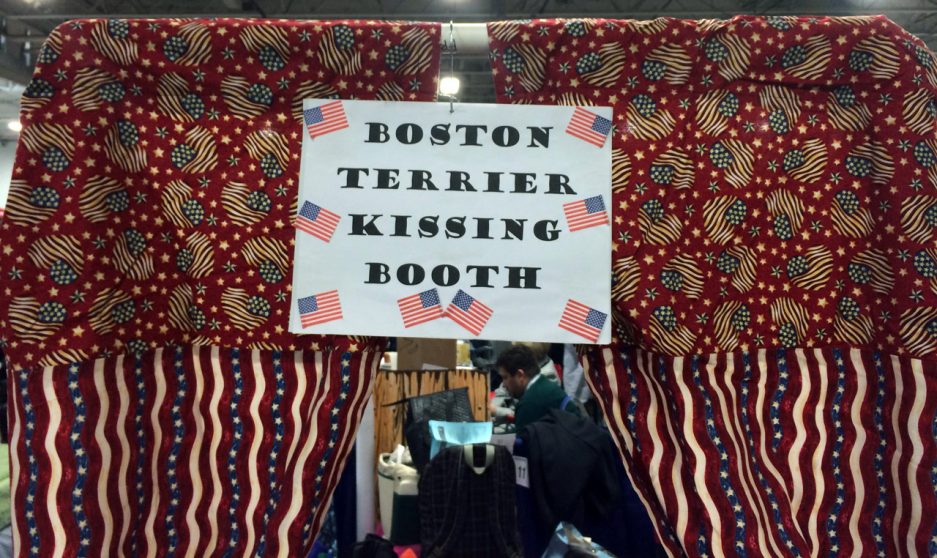 There were no Boston terriers in the booth either time I passed, alas. 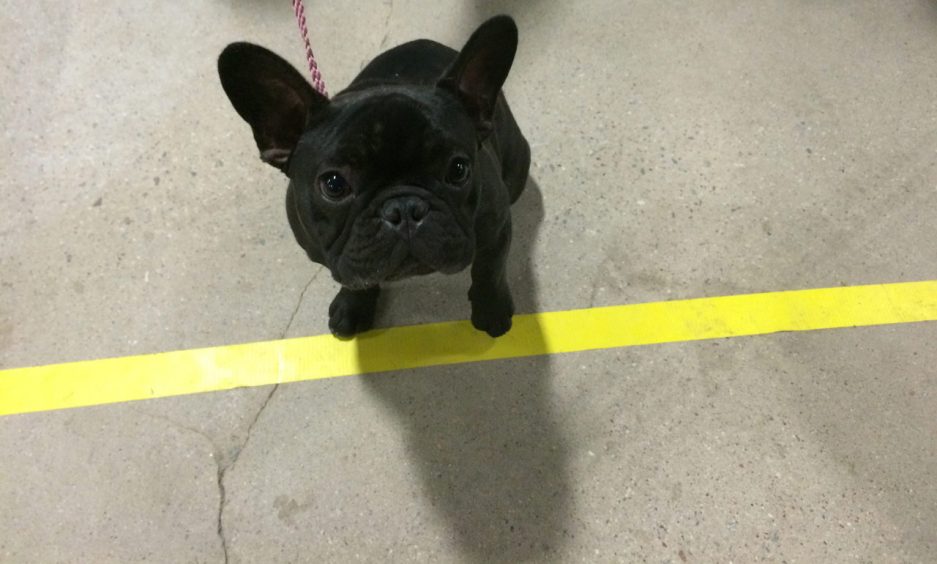 Could this guy be any cuter? Probably not. 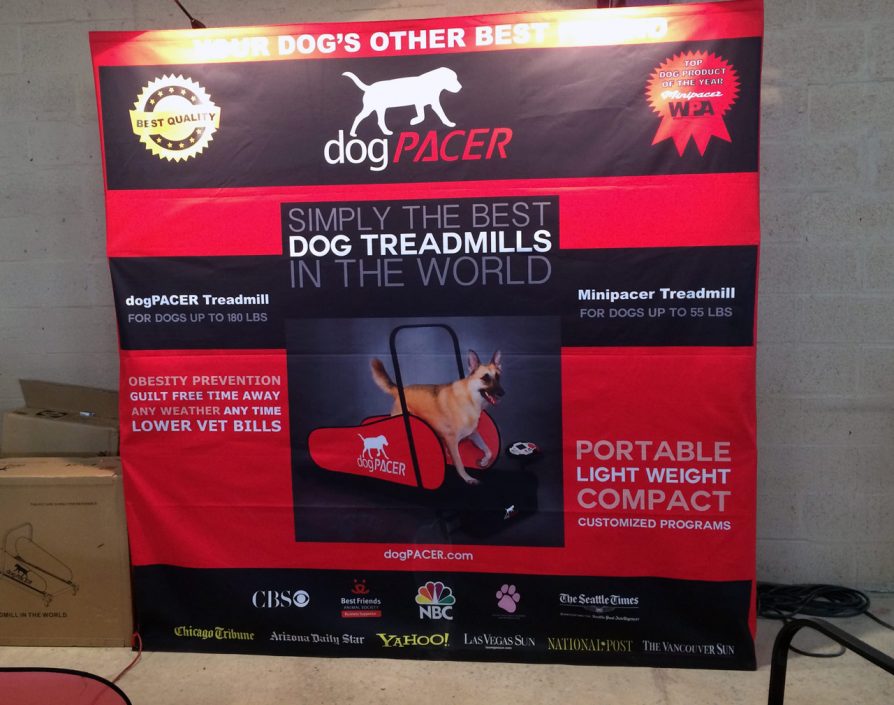 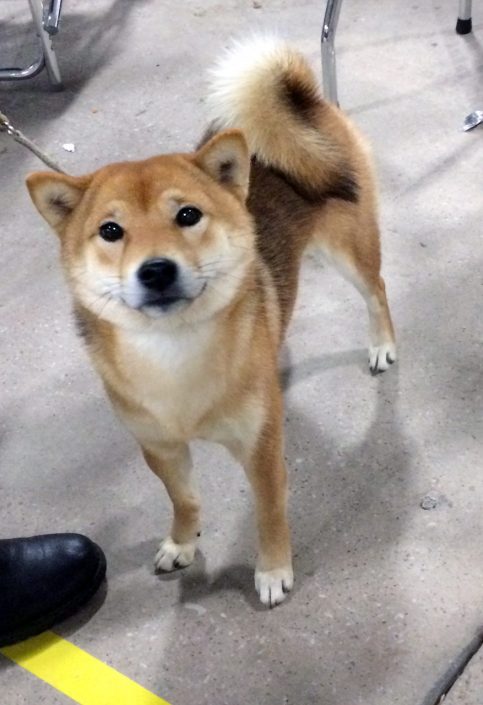 Once I was with a friend walking a Shiba Inu through Rittenhouse Square. "It's a fox!" some kid yelled at us. 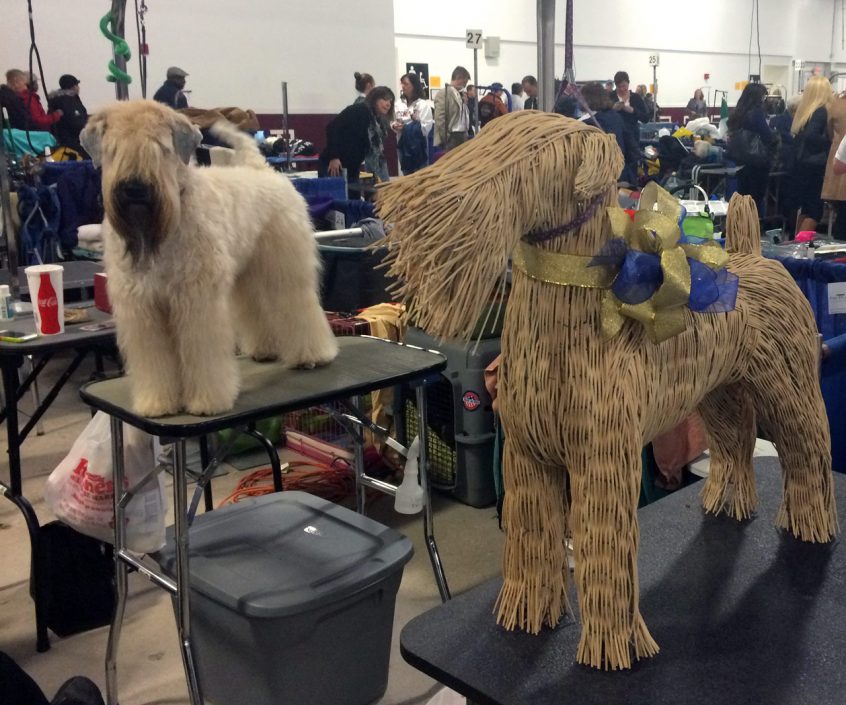 This was the only wicker dog I saw at the event. It appears to have won Best in Breed, Wicker Division. 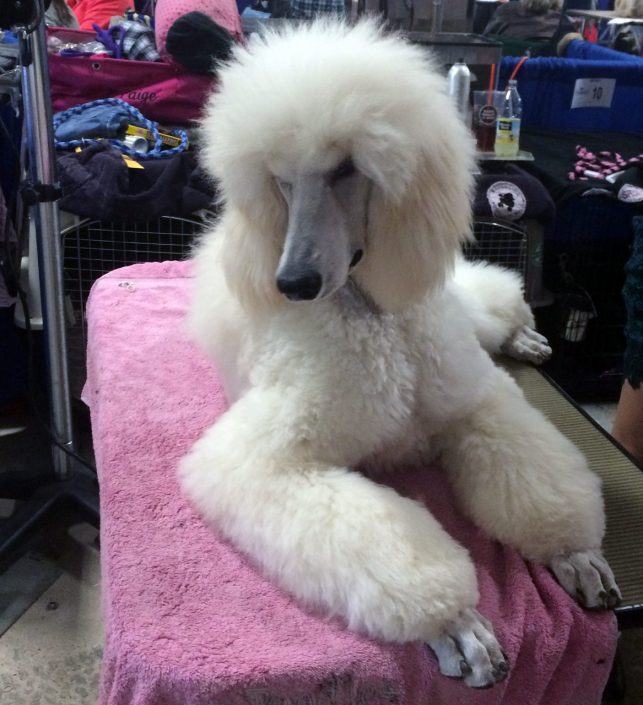 This poodle is ready for its close-up. 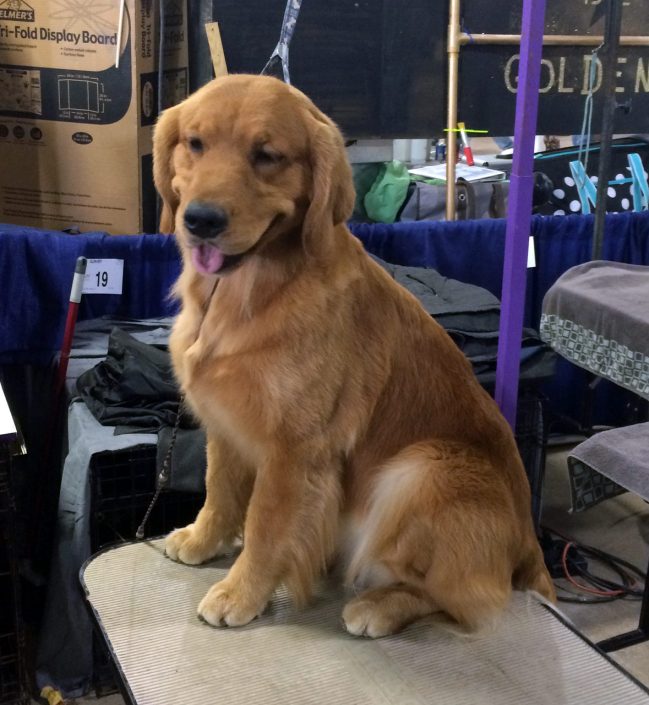 I bet this guy could shoot basketballs. 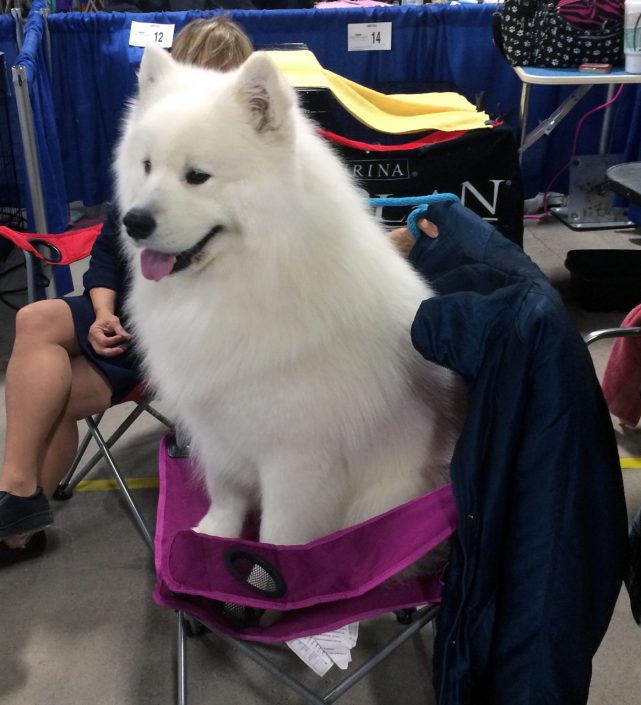 Samoyeds always look so happy. This dog's name is King. 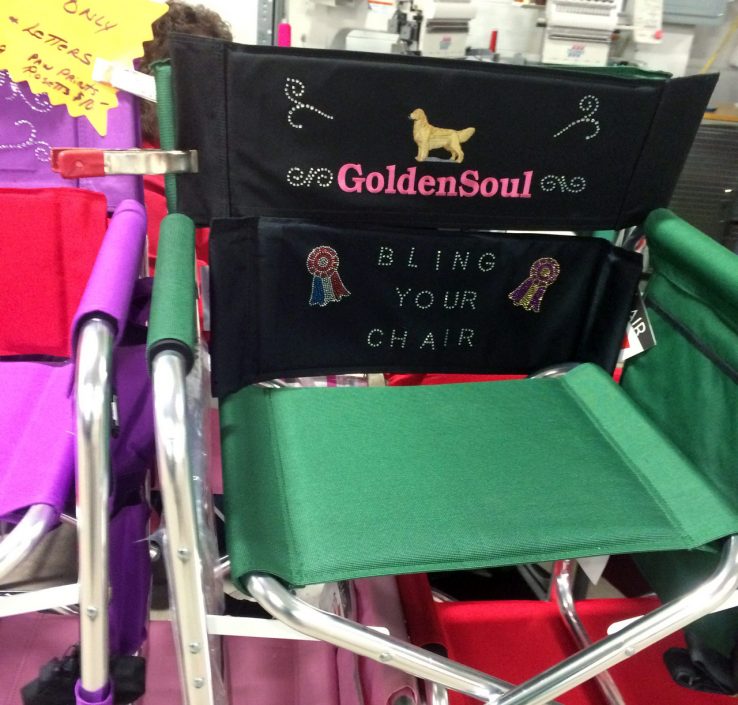 You really aren't anyone in the dog show world until you get a blinged-out chair, probably. 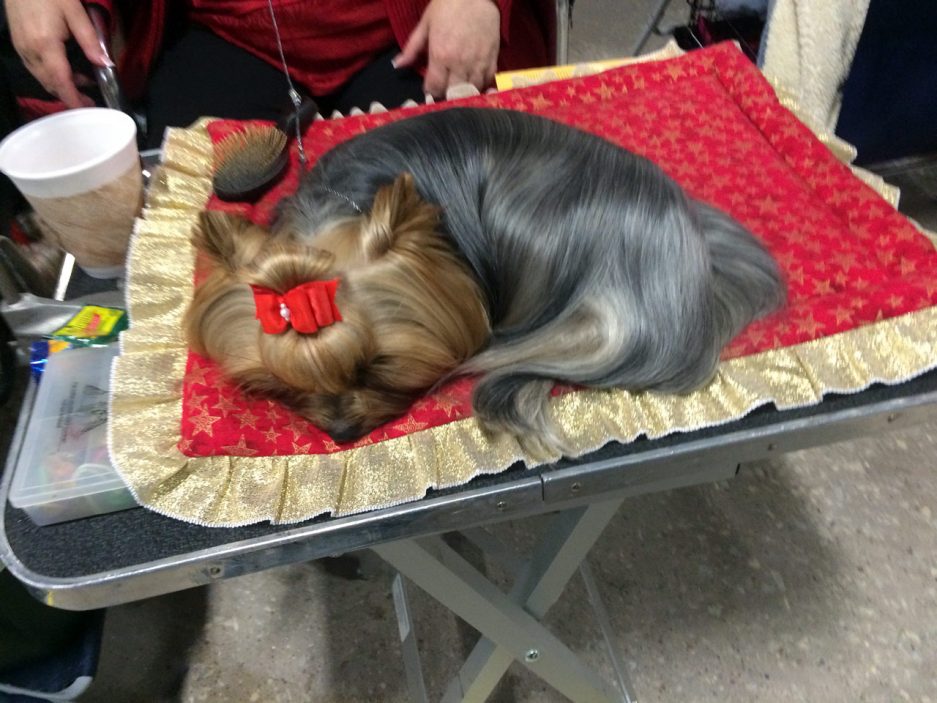 Yorkies are the sixth most-popular purebred dog. They were No. 2 in 2008. 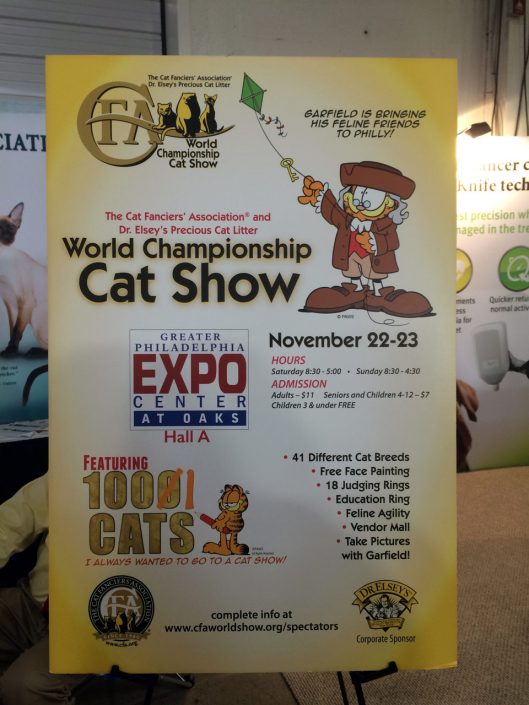 That's right: This weekend is a cat show. Be sure to read the fine print: You can get your picture taken with Garfield!