Delaware State Police say troopers stopped a car when one spotted a passenger without a seatbelt. It led to a heroin bust. 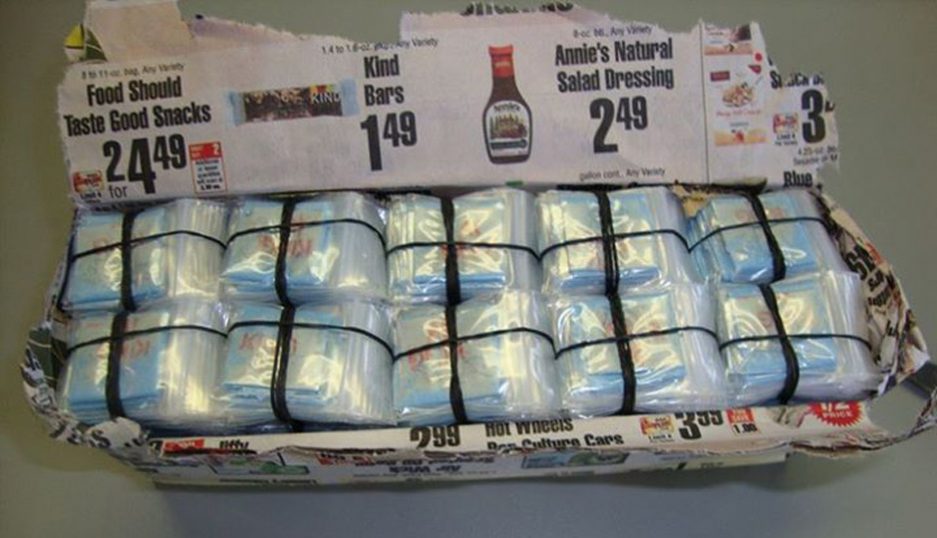 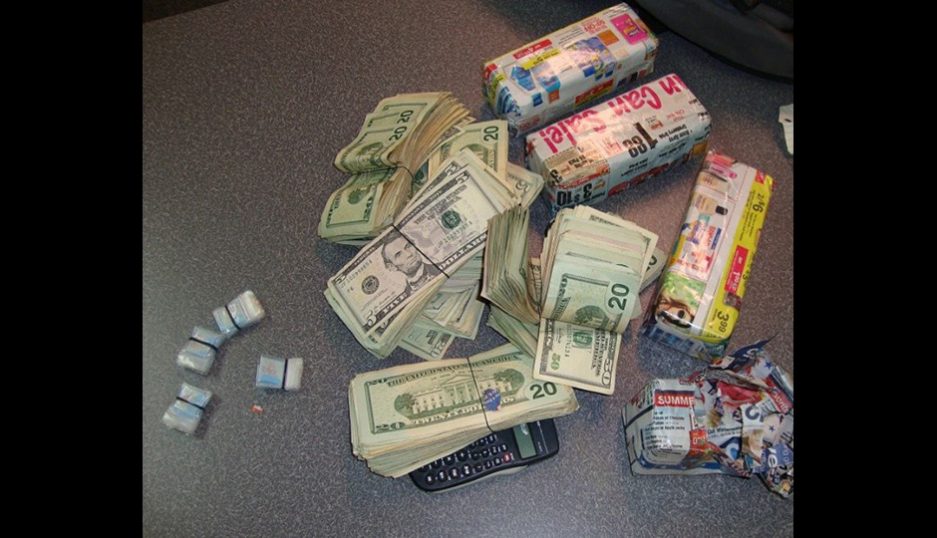 Delaware State Police say troopers found more than 5,000 packets of heroin during a traffic stop in Dagsboro. As you can see from the photos above, the packets were apparently hidden in a supermarket circular. Mmm, makes me hungry for some Food Should Taste Good snacks. (Don’t let the silly name fool you. It’s a General Mills brand.)

State cops say troopers stopped a man riding in a car without a seatbelt on Saturday afternoon. (Always remember to buckle up, especially if you’re transporting drugs.)

The car attracted additional police attention when the passenger fled the scene. Cops searched the car and found 80 grams of heroin in 5,374 baggies, and 24 grams of marijuana to boot. According to the U.S. Office of National Drug Control Policy, the average street price of a gram of heroin (adjusted for purity) in the U.S. is $450 — though that seems a little high. Either way, it’s under $40,000 worth of heroin.

Frederick Mitchell III of Milford was charged with drug offenses. Cops are looking for the passenger, Lynn Trader of Felton.