Listen Up, Philly Employers: Here’s What Your LGBTQ+ Employees Need From You

As the Supreme Court hears key cases on discrimination against gay and transgender workers this week, Philly LGBTQ+ employees have an important message for their colleagues and bosses. 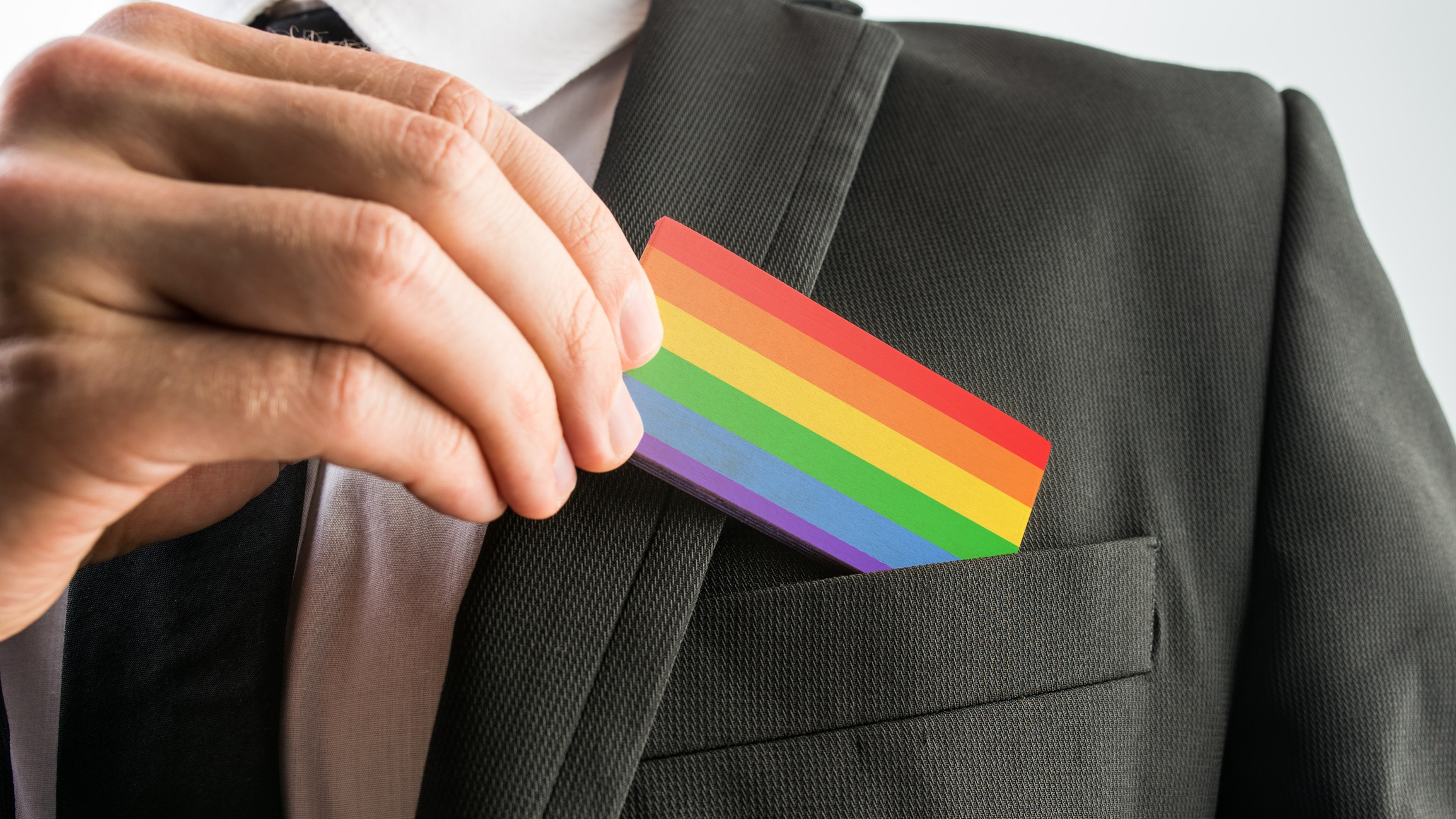 And to further complicate matters, the Supreme Court will this week consider whether LGBTQ workers are protected under Title VII of the landmark Civil Rights Act of 1964, which protects against workplace discrimination on the basis of sex, race, color, religion, and national origin.

The three cases before the Supreme Court on Tuesday represent a watershed moment for the country on bias and discrimination. The court will determine whether it is legal to fire workers because of their sexual orientation or gender identity, signaling where the nation stands on LGBTQ rights.

While the nation has moved forward in the fight for LGBTQ equality, with same-sex marriage legalized nationwide in 2015, the workplace remains a battleground for the LGBTQ community.

According to a 2017 report, about one-in-five LGBTQ+ Americans experience discrimination in the workplace, with rates even higher for people of color. About 80 percent of America’s employed transgender population experienced harrassment or mistreatment at work or acted to explicitly avoid it. Despite the difficulties faced by queer folks at their jobs, almost 60 percent of non-LGBTQ+ employees view conversations about sexual orientation or gender identity as “unprofessional.”

According to the Human Rights Campaign, nearly half of LGBTQ+ employees are still closeted at work, and the number has only fallen four percent in the past 11 years. According to yet another study, about ten percent of LGBTQ+ people have removed a part of their resume that might make employers assume they are queer.

In light of these jarring statistics and the three cases before the Supreme Court this week, BizPhilly talked to four Philly queer folks about what they need from their coworkers, bosses and workplaces now. Here’s what they had to say. (Note: Some names have been changed based on fear of retaliation.)

Analyst in a corporate office

Though Dez isn’t “out” as transgender to most of his co-workers, navigating his office can become a test of patience. Dez often has to explain and validate his gender while his cis co-workers do not.

He added: “I’ve been pretty tolerant of misgendering in this context, because I’m trying to be as tolerant as possible,” Dez said, referring to a situation in which he was misgendered on an office call. “I approached my coworker who introduced me and just asked that he gender me correctly.”

Being transgender in a traditional workplace that might not have other openly trans employees can be trying for a new hire like Dez.

“He immediately got very defensive and said, ‘Stop yelling at me,’ and became threatening by walking over to my desk and leaning over me,” Dez said. “He said it wasn’t workplace-appropriate, and I just said it was because it’s about respect.”

Dez said that being out to his boss and including his pronouns in his email signature has helped him navigate work confrontations; but having the conversation with your boss isn’t something every queer person feels comfortable or safe doing.

“I was very explicit about being out to my boss,” Dez said. “He’s been very supportive and enforces my pronouns with everyone we speak to, and will pull someone aside and make sure that they use the correct pronouns when referring to me.”

Other work necessities for Dez include gender-neutral bathrooms, a gender-less dress code, and diversity, all of which he is more than willing to go out of his way for.

“Even though there’s only one stall per three floors, it’s still there, which is more than I can say about most places,” Dez said about his new office’s gender-neutral bathrooms. “If they didn’t have that option, then I wouldn’t be able to work here. It’s one of the first things I ask about when applying.”

Shailynn Gabriel has had to balance being a student while working, which is complicated because of the constant misgendering and lack of knowledge about the queer community on the part of Gabriel’s peers in each setting.

“The one thing that affected my work was having everyone at work get used to my pronouns before I stopped using them altogether,” Gabriel said. “I had to ask on multiple occasions to not be referred to as ‘lady.’”

Gabriel knows that not everyone is going to know about these issues but can’t help but wince at the times coworkers made mistakes, even when they weren’t coming from a place of malice.

“I understood that it took time for everyone to get used to my pronouns, but it just gave me anxiety having to constantly remind everyone,” Gabriel said. “Once everyone got around to using my pronouns, I felt validated and even relieved that I didn’t have to keep giving those constant reminders.”

As for Gabriel’s future plans, they include finding a place where Gabriel feels safe and comfortable.

“I would want everyone within the workspace to respect queer and trans folx,” Gabriel said. “This includes using our chosen names and respecting our pronouns.”

Can’t do that? Then Gabriel doesn’t want to work for you.

“If a future employer was ignorant about what queerness is, or about discrimination [against queerness], I would choose to not work in that type of environment because that could lead to microaggressions and other types of prejudices that come from a place of ignorance,” Gabriel said.

Health and sexuality educator at the Mazzoni Center

As a professional educator on LGBTQ+ life and as part of the on-boarding team for the Mazzoni Center, Tori Eaton knows how to hire and retain queer employees.

“On job applications, having an optional space for individuals to self-describe their name and pronouns could make a big difference to applicants,” Eaton said. “Also during the interview process, making it a point to ask and respect the language potential candidates use. Speaking generally as an employer about workplace culture can be a big help too, making it clear that the workplace is non-discriminatory and culturally aware.”

While Eaton now works at a center where he feels affirmed and happy, his experiences haven’t always been as positive.

“At a previous agency, I experienced transphobia and queerphobia almost on a daily basis,” Eaton said. “Deliberate misgendering and constantly asking me to explain my attraction and gender identity to multiple coworkers, including supervisors. I was held to different standards than my peers, likely because of my identity as a non-binary trans person.”

Finding a job at the Mazzoni Center brought a sense of relief and a place where Eaton could feel fully accepted and appreciated.

“It’s very empowering to be so visible and affirmed in a place I have to go to everyday,” Eaton said. “It has really changed the way I’m able to perform my job. I don’t feel like I have to have my walls up or be on the defensive, and I can openly discuss my identity.”

To avoid the problems Eaton has had with past employers, he recommends that employers become intentional about their education resources, and devote time to teaching all employees to be inclusive.

“Every single person should receive LGBTQ+ training in every industry in my opinion,” Eaton said. “We are everywhere in every field, and it is a shame that we have to seek out known LGBTQ+ companies in order to fulfill our occupational goals.”

Eaton added: “I don’t expect workplaces to be absolute perfect experts, but the basics of name, pronouns, and gender affirming clothing policies are the bare minimum. There are lots of resources for employers to make their environments gender expansive, and there’s no reason not to utilize them.”

Kayla Wilson is constantly interacting with customers in the salon, some of whom have targeted or even threatened their identity.

“Even though I am listed as an LGBT — specifically transgender — friendly stylist, I still get older clients who make comments to me about my gender identity or orientation,” Wilson said. “Many times I have felt like speaking up could put me in a bad spot financially, or even cause me physical harm.”

As a hairstylist whose livelihood depends on happy clients, Wilson said the customer had to come first, even if it meant keeping quiet about their queerness.

“Sadly with the power dynamic between client and stylist, the power is almost entirely in the client’s hands,” Wilson said. “They could leave me bad reviews, refuse to pay, or a number of other things.”

“I have even tried to only work at ‘LGBT-friendly’ workplaces to find out that only meant they wanted the status of having a rainbow sticker or magnet on their door without any cultural competency,” Wilson said. “Many times it’s just a form and a registry they join without training or anything.”

For Wilson, being the only openly queer person at work meant they immediately became the go-to for queer customers — for better or worse.

“I have had well meaning co-workers out me to customers who appeared to be gay also in an attempt to show them how LGBT-friendly the space was,” Wilson said. “Being the token queer person in a work environment led to many awkward situations of me advocating for myself and having to remind employers and co-workers not to out me for the sake of their personal gain.”