Work-related stress is creeping into the weekend, making Sunday the new Monday, and Philadelphians are feeling it. 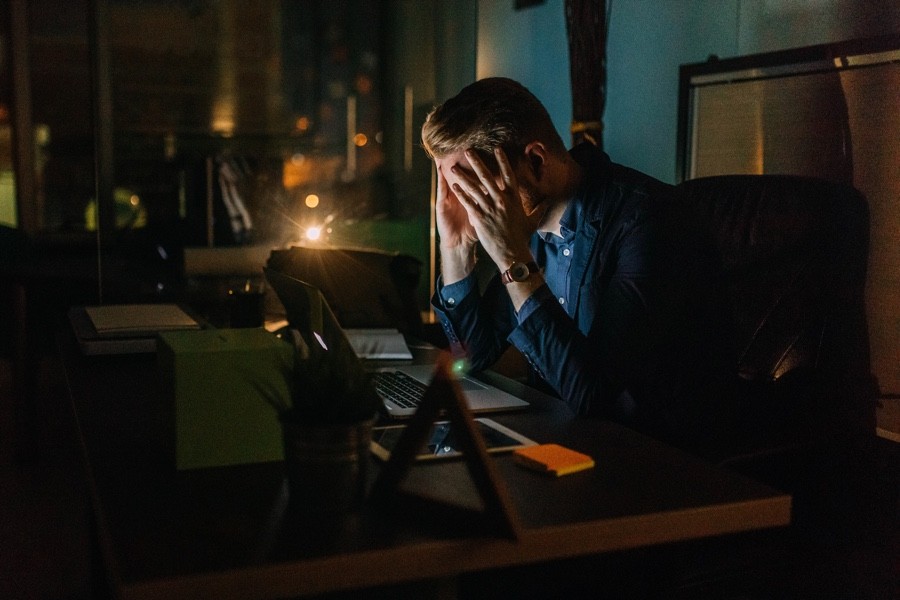 It started in grade school, continued in college, and now, thanks to the cloud and our handy dandy smartphones, it has carried over to the professional world — the Sunday Scaries are real. The concept describes the moment on Sunday evening when end-of-weekend stress creeps in, as you think about the meal prep you haven’t yet done or the emails you should send. And a new study has found that workers in Philadelphia are in no way exempt from the phenomenon.

Robert Half Philadelphia regional VP Christine Endres doesn’t know of any one reason why Philly finds itself in this group, but assumes that its workers’ anxiety has something to do with the city’s big-market atmosphere and ambitious nature.

“It’s a competitive environment, and I think that probably plays into the standards that everyone holds themselves to, which kind of plays into taking on a lot of these responsibilities,” she said. “Nowadays, it’s hard for a lot of people to [unplug].”

The study looked at why Philadelphia workers are so pent up on Sunday nights. Forty-two percent of respondents said that heavy workloads or project deadlines were giving them troubles, while 33 percent associated their weekend stress with not liking their job duties. Only 13 percent of workers traced their Sunday Scaries back to a challenging relationship with their manager, and just four percent said it was because of conflicts with coworkers.

Endres noted that it’s quite common for work to stockpile and deadlines to approach faster than expected, especially for professionals whose managers or employers are out of touch with their offices. In her eyes, the solution is communication.

“I think that often our managers don’t have a clear understanding of all the tasks or our to-do lists,” she said. “And I think if you take a moment and make sure that your manager is aware of your workload and ask for help, I think that’s another way [to alleviate stress].”

Managers and employers shoulder a great deal of responsibility. After all, they often lead by example. If a boss sends out an email after hours or over the weekend, employees — particularly those interested in climbing the ranks — will likely respond before they get back into work, typically on Sunday nights. Endres believes that’s an unfair expectation for leadership to set.

Perhaps what’s most interesting about Robert Half’s data breakdown is that, out of all of the cities surveyed, Philadelphia had the highest percentage of respondents label job dissatisfaction as the source of their Sunday Scaries:

Endres attributed this result to worker burnout more than anything, another problem that Philly workers currently face.

Numbers aside, the effects are real. Endres recommends that professionals set aside some time for self reflection, evaluating their role and whether or not it caters to their skill sets and interests. But work-related stress and, in turn, the Sunday Scaries can be diminished if workers take breaks during the day, whether that be a stroll outside or even just a short walk to the water cooler for a quick chat with a coworker, according to Endres.

Managers and employers can help, too. Setting up one-on-one meetings with individual employees to check in on their workloads, hosting office events like a casual Friday, or encouraging the staff to join wellness programs are all ways to make the work week and, of course, the weekend less overwhelming.

“So if they’re feeling that way, and you’ve built a rapport with them to meet with them weekly, they’re going to be a lot more inclined to say, ‘Wait a minute, I am overloaded,’ or ‘Wait a minute, this is how I’m feeling,’ because the relationship will be there,” Endres said. So while it’s managers and employers can untentionally be the source of the Sunday Scaries, they can be the solution, too.