The Case for Why Millennial Women Should Definitely Job-Hop

There are strong arguments for and against the debated practice, but for millennial women, job-hopping should be a no-brainer. 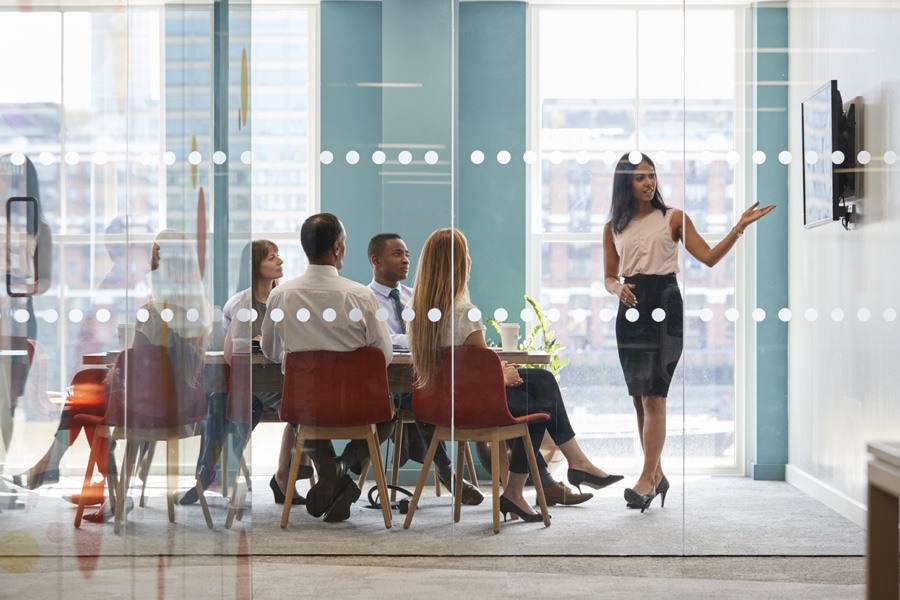 Lazy. Social media-obsessed. Uncommitted. The everyday messages we hear about millennial workers paint them as workplace disruptors of the most undesirable kind. With their short tenures, and even shorter attention spans for work, they’re uprooting the very fabric of the workforce as we know it. Right?

Here’s an angle that most commentators and career experts won’t tell you, though: Millennials, and millennial women in particular, should job-hop if they want to accelerate their career success.

A recent divisive video from Business Insider concluded that job-hopping is hurting millennials in the workforce. The practice makes it less likely that a future employer will want to hire them. Not only does it take time and effort to cultivate work that you love, hiring managers value loyalty and patience, and a lack of long-term experience on a resume can be a red flag, according to the video.

Though this may be true for some hiring managers, a recent study by staffing agency Robert Half showed that, “75 percent of employees ages 18 to 34 view job hopping as beneficial compared to 59 percent of workers ages 35 to 54 and 51 percent of those 55 and older.”

This collision of two very different approaches could spell trouble for the workforce as more millennials continue to seek the benefits of jumping around.

What Job-Hopping Means for Millennial Women

The millennial generation is by far the most educated and most indebted generation we’ve ever seen. That mixture leads them to seek ways to bolster their income so they can live comfortably while paying down mountains of debt.

This is especially apparent among millennial women who are more likely to have a college degree than their male counterparts and, as a result, are likelier to be employed. Millennial women are also delaying marriage and parenthood in favor of career opportunities and income, factors that should be boosting their earnings.

But unfortunately for them, without switching jobs, it can be much harder for women to advance or increase their pay. According to a Deloitte study on millennial and the workplace, millennial women mainly leave their companies because they don’t see opportunities to advance with their current employers.

True as that may be, there’s more to it.

Millennial women are crafting a different kind of career than generations past. And job-hopping may be exactly what underpins their approach. While some experts suggest that sticking it out at a company for three, five, even ten years is good for the resume, young female professionals are more concerned with their ability to put their strengths to the test, work on their own terms, and be compensated well for it.

Job-hopping benefits the millennial woman’s wallet. And why shouldn’t it? These women continue to be paid less relative to male millennials, even though the gender gap within this group is smaller than that of older generations.

Women who change jobs more frequently can expect to see more aggressive raises. According to ADP’s Workforce Vitality Report, wage growth is consistently higher for “job switchers” who move to different companies than “job stayers” who remain with one employer.

Salary is a particularly key issue for millennial mothers, who make up the largest U.S. group of single heads of households with children. Gone are the days when the luxury of owning a home at 22 was a reasonable prospect. Today, many millennials are fighting just to make ends meet. Even so, salary is only part of what’s on the millennial woman’s radar.

How much did you know about workplace culture at your first job? Not much, I’d guess. By job-hopping, young women can gain exposure to different work environments and cultures to learn where they best fit in – a meaningful barometer to this generation. It’s safe to surmise that when corporate cultures are unsatisfying, it not only erodes morale, but also kills engagement.

A whopping 71percent of millennials report they are disengaged at work and 88 percent want a collaborative work culture, rather than a competitive one.

Young women’s job-hopping may also serve a larger mission. Strikingly, 83 percent of millennial women want to own their own businesses. With a clear desire to be their own bosses, young women may be amassing a portfolio of job experiences to bring to their own startup ventures. There are plenty of commonalities between job-hopping and entrepreneurship. Said one entrepreneur in comparing the two: “Entrepreneurship is nothing if not constantly assessing and learning to adapt to new environments.”

It’s Time to Stop Feeling Sorry About Your Job History

Job-hopping should be commonplace for millennial women. The boost in salary, experience, and opportunity these workers enjoy from jumping around is something they can’t and shouldn’t give up.

Millennial women are onto something here. Rather than committing to companies that can’t take them where they want to go, they’re rejecting the traditional system and advocating for more.

The workforce economy will shift drastically in coming years, as the rise of the gig economy pushes more people to adapt and be agile in their careers. In that case, job-hopping not only provides more adaptability and agility fueled by learning opportunities, but it makes women more prepared to take on this new way of working. It allows them to build portfolios and project-based resumes that demonstrate a breadth of knowledge and expertise.

We need young women to be a little less loyal to their current jobs and to jump in and make waves. It’s time to show companies that the most ambitious, educated cohort of all time has clear value. Bet on them, or they’ll bet on themselves.

Selena Rezvani is a VP at Be Leaderly, where she teaches women at all levels to self-advocate and negotiate like a boss. She also consults to employers on how to make work truly “work” for women – by architecting workplace assessments and culture change. She’s the author of Pushback: How Smart Women Ask—and Stand Up—for What They Want and is based in Philadelphia. Follow her @SelenaRezvani.