All three employers have been on the list before, and employees still can’t stop raving about them. Here’s why. 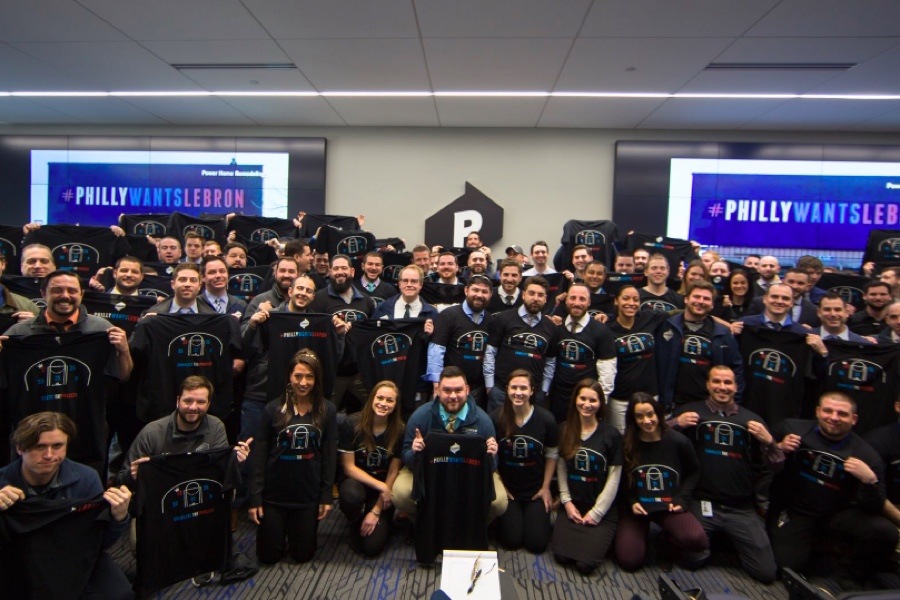 The 9-to-5 doesn’t always have to be unbearable. There are some companies working to make the modern workplace both productive and enjoyable, and a number of them just got recognized on Glassdoor’s 2019 Best Places to Work list. Released on Wednesday, the popular list ranks companies solely according to employee reviews. On the site, employees can weigh in factors like company benefits, culture, and leadership. This year, the list includes three Philly-area companies — Power Home Remodeling, SAP and Bayada Home Health Care — none of whom are strangers to the ranking. Here’s where each company placed this year and why employees can’t stop raving about them.

The Chester-based construction company came in at No. 15, jumping up one spot from its 2018 ranking. The company first made the list in 2016. Since 1992, Power Home Remodeling has been working to provide Philly area homes with energy saving home systems, while fostering a working environment that employees gush about. Power Home’s glowing Glassdoor reviews mention that the company does “things for their employees that most people wouldn’t do for their own family members” and always pushes their people to be the best they can be. A con mentioned in the reviews notes that “Power very easily becomes your life 7 days a week. Mainly because it is so enjoyable.” We’re not exactly sure that’s a con. In 2018, Forbes named Power the No. 6 best company for millennials. As for leadership, CEOs Corey Schiller & Asher Raphael consistently make Glassdoor’s Top CEOs list.

2019 marks the Newtown Square software giant’s third consecutive year on the list. Coming in at No. 27 this year, many of the company’s reviews celebrate its competitive benefits and ability to improve on best practices ahead of their competitors. Over the years, SAP has accumulated over 9,000 reviews. This year, one employee wrote:

“Aside from the benefits, discounted purchase options and remarkable engagement groups, the talent is amazing and you will work with many competent people. We have yoga … and meditation classes, mindfulness workshops [and] many invited guests from technology industries to provide you with information.”

This year, Bayada jumped from No. 100 on the list to No. 73 for their second time appearing in the ranking. Since 1975, Bayada has been delivering health care services to the Greater Philadelphia Area with the simple mission of bringing quality care to all with dignity and responsibility. Reviewers wrote that Bayada is a company “where doing the right thing is what matters first and foremost” and “encourages career development and taking on new challenges.” Employees said that former CEO Mark Baiada, who was previously named one of Glassdoor’s “Highest Rated CEOs,” always embodied thee company’s mission by “chasing missions not margins.”