It’s Time for Philly to Create Its Own Amazon, Says Richard Florida

The urbanist behind all that “creative class” ideology will spend the next year fulfilling a research fellowship in Philly. Here’s why he calls the city fortunate. 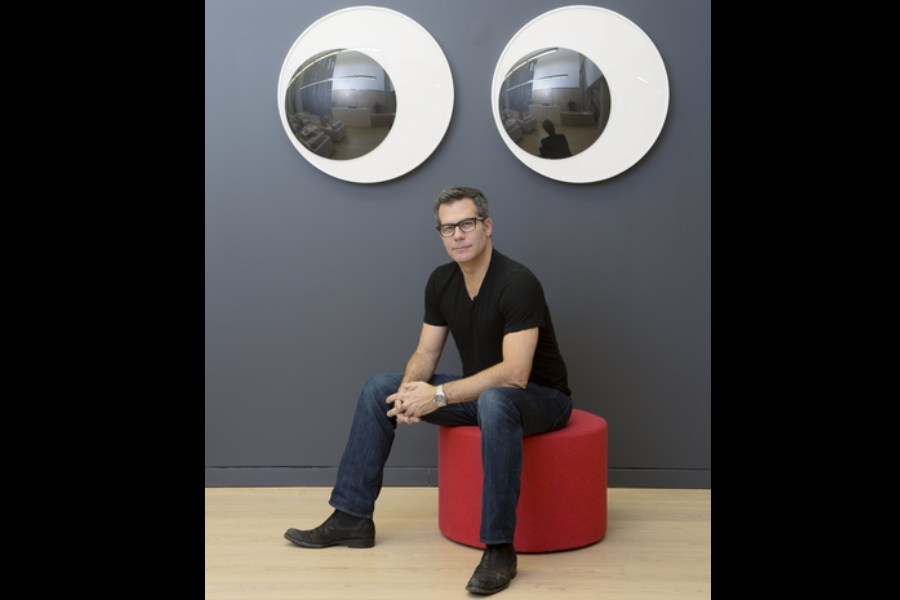 This week, Drexel University, Thomas Jefferson University and the Science Center announced that urbanist Richard Florida is the inaugural recipient of the new Philadelphia Fellowship. The program, an initiative of the three institutions, wants to address some of Philly’s biggest issues like affordable housing and human capital deficits. The goal: Make Philadelphia’s rise equitable and inclusive. From The Rise of the Creative Class published in 2002 to 2017’s The New Urban Crisis, Florida’s thinking on what ails cities and how to fix them has evolved. BizPhilly caught up with Florida to find out how he’ll get started and what he hopes to find. Here are some of his observations so far and his candid take on Philly “losing” Amazon.

BizPhilly: Why Philadelphia and why now?
Florida: I’ve been a huge fan of Philly for four decades. I went to Rutgers. Half my friends are from North Jersey. Half my friends are from South Jersey. I really started coming to Philadelphia in the mid to late 70s. I watched this whole transformation in real time. I remember when Stephen Starr opened the Continental Club. I remember when Buddakan opened. Last night I went to Friday, Saturday, Sunday. I’m just amazed by this transformation. I also lived in Pennsylvania for nearly 20 years. I lived in Pittsburgh and worked and served under Governor Ridge. I worked with Governor Rendell. I know Mayor Nutter. I was very close to Judy Rodin when she was at Penn.

I think this [fellowship] really came from one of the talks I gave here when I launched my latest book The New Urban Crisis a few years ago and from my conversations with John Fry. We began talking about doing more sustained work. As Drexel, the Science Center and Thomas Jefferson University have become engaged, the idea of the fellowship came up and low and behold I’m a fellow. Pretty cool.

BizPhilly: What’s your outlook on Philly now and what do you hope to accomplish?
Florida: Philly has been very fortunate. Last time I was here, I went to Vernick. I was at the bar, and I say to the guy, “There are so many young people in here.” He goes, “Yo, bro, it’s affordable.” That’s a big perk. Philly is part of this great Boston, New York, Washington megalopolitic region. And in that megalopolitic region, it has been relatively affordable. But now, of course, as housing prices are beginning to rise, Philadelphia is vexed. Maybe not by the levels of class division and economic inequity that vex San Francisco, Los Angeles or New York. But these cities are now dealing with a new urban crisis. It’s a crisis of success and of urban revitalization that brings division, gentrification, and other issues of housing and affordability. Maybe Philadelphia can be a place that can try to address all of this proactively.

BizPhilly: You watched the Amazon HQ2 competition very closely. What did you learn about Philadelphia during the process?
Florida: Philly is a great center of corporate headquarters. The whole East Coast corridor has the largest concentration of corporate headquarters in the world. From day one, I said it was going to be Washington, D.C. because it’s the center of political power. Bezos owns the Washington Post and has a house there. When the shortlist came out, I said it’s going to be either New York or Washington, D.C., but little did I know it would be Washington, D.C. and New York. And this wasn’t to denigrate Philly. I put Philly in my next list along with Boston, Chicago and Toronto. These were the cities where it was possible.

Philly should be happy it didn’t get Amazon. The incentives are just astounding. Why would you want to bankrupt your community? Or to Amazon, your new hometown. The most important thing you can do is create your own Amazon. [Philly] has grown enough of an ecosystem. [Philly] has enough startups. [Philly] is now one of the probably 25 leading startup hubs in the world. And if you take the whole New York, Washington corridor, that’s one of the two or three leading startup hubs in the world along with the San Francisco Bay area. Philadelphia has to continue to build its own ecosystem.

What’s interesting is West Philadelphia, with Drexel, Penn and the Science Center. This is the heart and soul of the ecosystem. But things need to be done in a way that’s more inclusive and less divisive. That said, I do think everyone is on a shortlist that Amazon is looking at for something. I never thought this was a process about selecting an HQ2. This was a process of vetting a whole variety of sites for different functions.

BizPhilly: Anything stand out to you about Philly that distinguishes it from the other finalists?
Florida: Philadelphia, because of its urbanity and because it attracts talent and is a more affordable alternative, my colleague and I always say we like it better than New York. And it’s not BS. We don’t say that in a BS way.

This city has an incredible urban character built up over centuries. It’s still real. It hasn’t gone through this second level of the new urban crisis where things get a little bit overly polished, where too much of the grit comes off. Philadelphia still has that edge to it. That’s why Philly has to plan for the future and plan for success. If you grew up in a place like Philadelphia — I grew up in Newark — back then you planned for urban failure. [Laughs] Now we have to plan for success. That’s what my work here has to try to do. I don’t have the answers. I’m not the Mayor of Philadelphia. I’m not head of the Chamber of Commerce. I’m just an urbanist who has some observations. And you have to throw those observations into the mix and work with really good people. Maybe out of that comes strategies that folks in Philadelphia can use to proactively make this city highly innovative, economically prosperous and more equitable and inclusive.

BizPhilly: What does inclusive growth and prosperity look like?
Florida: That it benefits everyone. Right now, we have winner-takes-all systems and cities. I would put Philadelphia on that list. Even Pittsburgh is now on that list. New York, Boston, San Francisco and Washington, D.C. are on that list. Then there are smaller cities in more outlying areas like the Rust Belt, heartland and Sun Belt that are being left behind. And within the winner-takes-all cities, there are winner groups, which I call the creative class. Their salaries are rising. Even when you factor in housing costs, they have more than enough to live. Then there’s the working class, or the service class, the people who do food preparation, clerical work, medical services and work retail jobs. These people make maybe $25,000 or $30,000 a year doing multiple jobs. And when you factor in housing costs, they have $15,000 left to live on over the course of an entire year. A shared and inclusive prosperity would benefit everyone.

BizPhilly: As you embark on this fellowship, do you have any initial ideas about solutions?
Florida: In the 1930s and 40s we made a commitment to making manufacturing high-paying work. We have to make a similar commitment today to make service work good paying work.

What will be interesting about this fellowship here is there is an organized group of anchor institutions, the same anchor institutions that helped to build urban revitalization by investing in neighborhoods, bringing back West Philly, bringing back the downtowns and the areas around the universities and the hospitals. Those institutions could become a very important lever for inclusivity. They could begin to provide options for affordable housing. They could work with local government to provide new ways of more inclusive housing development. They could work to upgrade their own service jobs and develop pathways for upgrading people. If you teach at NYU, Harvard or Stanford, you get paid very well and you get your own affordable housing. But if you work in the kitchen or take care of the grounds, you don’t get any of that. So maybe the answer is those institutions can begin to work together in a unique American way of public-private partnerships to forge this.