Local entrepreneurs are reaching new customers and sales milestones on the e-commerce giant’s new Storefronts marketplace. Simultaneously, the platform is working to reverse the idea that Amazon kills mom-and-pop ventures. 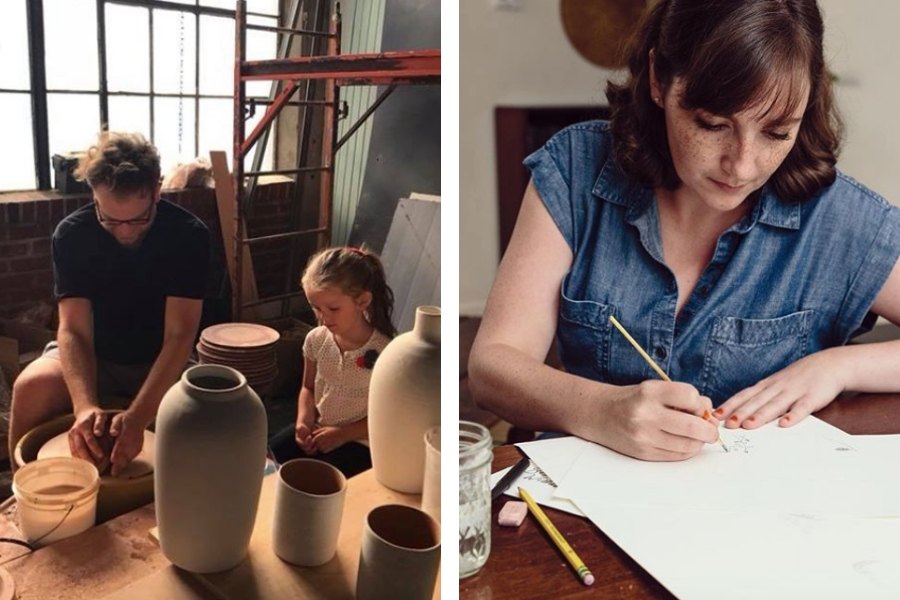 Last holiday season, about half of online retail purchases were made on Amazon, and this year, a new platform from the e-commerce giant is helping entrepreneurs get a piece of the pie.

Amazon Storefronts, an online marketplace exclusively for small to medium-sized businesses in the United States, launched in September. For Amazon, it’s an investment in a large part of its business: Half of the items sold on Amazon come from SMBs, according to the company.

The Storefronts landing page pledges to help shoppers find “unique products.” Shoppers can search curated gift idea sections and snag daily deals. The page also highlights the businesses with “Storefront of the Week” and “Meet the Business Owners” sections. Other featured categories include family-focused businesses and women-owned businesses. The page stands out for a company that’s been blamed for killing off mom-and-pop businesses, though others say small businesses should be thankful for the e-commerce giant.

Overall, more than one million products are available on Storefronts from about 20,000 businesses — including Philly-area ones like PiperWai, Betsy Ann Paper and Brian Giniewski. All three businesses sold their wares on Amazon before expanding to include Storefronts. Now, they have another way to reach customers as the season of gift buying and giving is underway, with Black Friday, Small Business Saturday and Cyber Monday now behind us.

Now til Monday! 20% off and free shipping for all your holiday cards and stationery gift sets and everything else. #blackfriday #smallbusinesssaturday #cybermonday #shopsmall

“So far, we’ve had maybe three or four Christmases on Amazon, and those were the years where we had to tack on seasonal help,” said Liz Moorhead, who owns and designs the local stationary brand Betsy Ann Paper.

Moorhead started Betsy Ann Paper in 2009 when she and her husband Joshua were planning their wedding. Because she couldn’t find simple stationery to her liking, she decided to make some of her own. Stationery gift sets and gift tags are among the items Betsy Ann Paper has available on Amazon.

Moorhead and her husband work exclusively out of their home. With three kids and and another on the way, Moorhead says online platforms are important to her business. A few years ago, she began selling on Amazon Handmade, a platform exclusively for handcrafted goods.

“Some marketplaces online are oversaturated with handmade, and it was nice to go to Amazon where being handmade was a special feature and where already new people were shopping for a bunch of other stuff and so they would find us in there too,” Moorhead said.

Storefronts is part of the latest expansion for Brian Giniewski, who makes ceramic bowls, mugs and plates. Last year, Giniewski and his wife Krista started a Kickstarter campaign to move from their studio in Port Richmond to a larger space in the Global Dye Works building in Fishtown. But they outgrew their 1,400-square-foot space in less than a year. Now they have the whole top floor of Global Dye Works.

About 50 percent of the business is through direct e-commerce on their website, Brian Giniewski said. They recently started a line of pet bowls, and they’re going to bring dinnerware that was previously been exclusively sold on their website to Storefronts.

Like Moorhead, Brian Giniewski also sold on Amazon Handmade before joining Storefronts. He is also part of the American Craft Council/Amazon Handmade Maker Pop-up, which will feature ACC artisans through Dec. 31. He sees Amazon Storefronts as an opportunity to reach a new customer base.

“Most of my website traffic is driven directly from Instagram, where we have a really loyal following, but that demographic tends to skew a little younger and more toward big cities,” Brian Giniewski said. “Where we’re seeing the analytics from Amazon, these are people from all over the country, and I think we’re just kind of grabbing from a different pool of people.”

Despite being in about 4,000 retail locations in the U.S. and Canada, PiperWai’s website and Amazon sales account for most of its business, said co-founder Jess Edelstein. PiperWai regularly sells about 1,000 orders per week on Amazon.

The natural, charcoal-based deodorant brand has been on Amazon for nearly three years, even before its pitch to billionaire investors on NBC’s Shark Tank in 2015.

Relaunching on Amazon in 2016 and being available through Amazon Prime helped customers receive PiperWai through two-day shipping and spread the word about the product as time elapsed after Shark Tank, Edelstein said.

PiperWai will have holiday bundles that include a mini size of its deodorant available for the holidays.

“Amazon is a significant portion of our overall business, and it’s one that, partly thanks for Storefronts, we’re excited to put more focus on growing in the future now that we’ve seen how powerful it can be for our brand,” Edelstein said.

“I think it’s really wonderful that Amazon is shining a spotlight on entrepreneurs who own small to mid-sized businesses that want to sell on Amazon,” she added. “Because I think it can be a little overwhelming to sell your product on Amazon when you’re in the middle of thousands of competing brands from much larger companies.”