It’s Official: Comcast Is Now the Majority Owner of Sky

The Philly company is opening a new chapter with one of Europe’s most powerful telecommunications giants under its control. 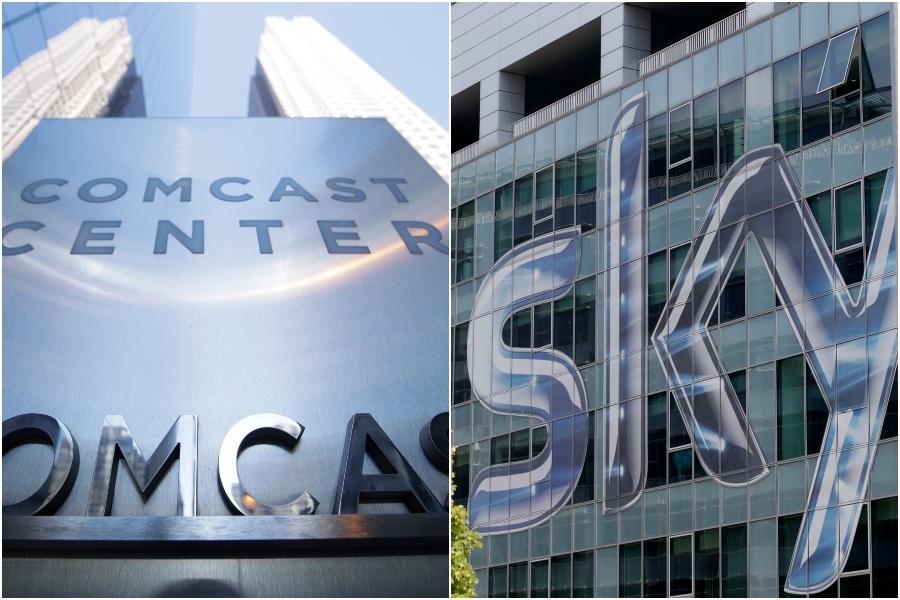 On Tuesday, Comcast announced that it is the majority owner of British broadcaster Sky. L: This March 29, 2017 file photo shows a sign outside the Comcast Center in Philadelphia. (AP Photo/Matt Rourke, File) R: This Friday, July 25, 2014, file photo shows a view of the headquarters of the Italian Sky television broadcaster in Milan, Italy. (AP Photo/Luca Bruno, File)

Comcast announced on Tuesday in the U.K. that it has completed the acquisition of 21st Century Fox’s Sky shares, making the Philly-based company the majority owner of one of Europe’s most powerful telecommunications companies.

Comcast says it now owns more than 75 percent of Sky and that its offer for the company is now unconditional.

“We are pleased today to be the majority owner of Sky. Led by Jeremy Darroch and his superb team — now together with Comcast — our combined global leadership in technology and content paves the way for us to accelerate investment and growth in Sky’s brand and premier platforms,” Comcast CEO Brian Roberts said in a statement.

Sky CEO Jeremy Darroch welcomed Comcast’s majority ownership. “Comcast have committed to investment in Sky, including our Osterley and European headquarters and we very much look forward to working with Brian and the Comcast team to achieve further growth and development of Sky’s business,” he said in a statement on Tuesday.

On Sky News he said, “Separately, Sky News will benefit greatly from Comcast’s funding commitments over the coming years and the arrangements that will be put in place to preserve and enhance its editorial independence.”

Comcast beat out Rupert Murdoch’s 21st Century Fox with a $40 billion bid in a weekend auction for Sky last month. Though skeptics maintain that the company overpaid, Comcast undoubtedly has a lot to gain with Sky.