The Global Philadelphia leader explains why the city’s World Heritage designation is so important and why she won’t stop pushing Philadelphians to “think globally.” 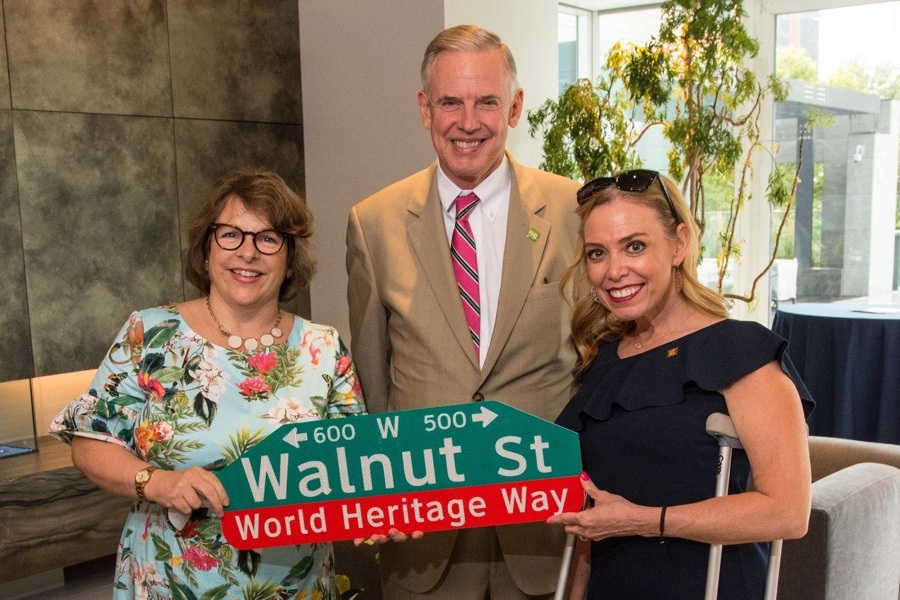 Global Philadelphia executive director Zabeth Teelucksingh is one of those rare professionals who wholeheartedly lives the message she promotes through her work. Since 2011, the nonprofit leader has pushed Philadelphians to “think globally,” to engage with foreign opportunities that can elevate Philadelphia’s profile abroad. In 2015, joined the organization of World Heritage Cities and became the first World Heritage city in the United States. Teelucksingh explains how the status has changed Philadelphia and why she’s so devoted to promoting Philadelphia’s story abroad.

My name is… Zabeth Teelucksingh. Zabeth is a nickname for Elizabeth in French. Some people deduce that very quickly. A lot of people don’t. My surname, Teelucksingh, comes to me by my husband, a Caribbean gentleman from Trinidad and Tobago.

I grew up in… Carthage, Tunisia, where the Romans come from. And I lived there until I was nine.

Thinking globally means… being expansive, understanding other people, getting inside their skin and walking around in them, as Boo Radley would say.

A fun fact about the Global Philadelphia Association is… early on, we renamed a street World Heritage Way, and it’s the only World Heritage Way in the world. It’s right behind Independence Hall, on the sixth block of Walnut. 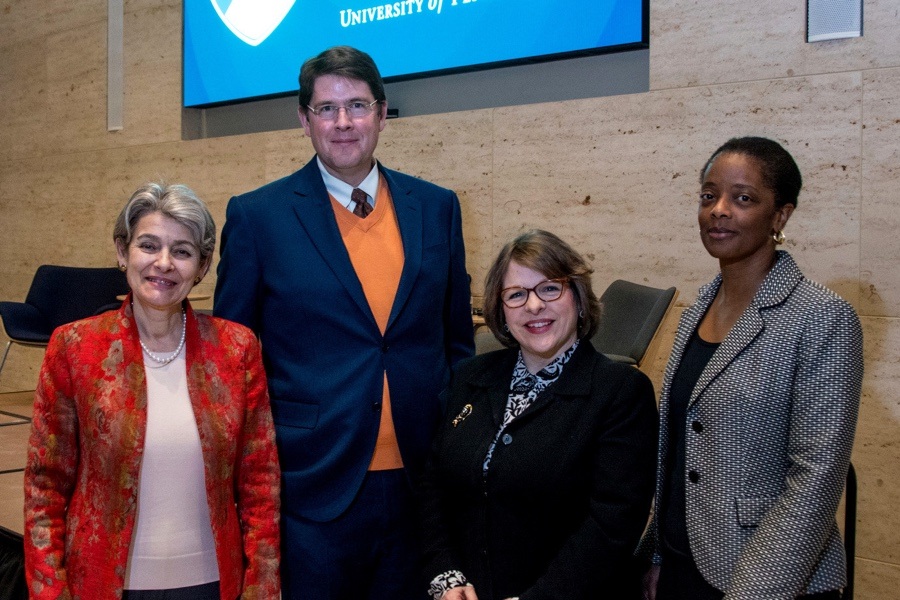 Being a World Heritage City is a big deal because… it puts Philadelphia on the map, globally, in a unique way, which very few other American cities can aspire to.

At the core of Philly’s brand is… that it’s a contradiction, which is what makes it so rich. On the one hand, you’ve got the hyperlocal, very neighborhood culture of the people who live here. But that’s coupled with that erudite cultural, academic, and strong sciences like medical and pharma, and those two things live together, but there’s sort of tension, I think, between the two. That’s what makes Philly so unique.

When promoting Philly, the first thing I say is… it is a very welcoming place to people from all over the world. I have lived in several U.S. cities, and, undoubtedly, Philadelphia is one of the most unilaterally welcoming cities.

The six countries I’ve lived in are… Tunisia, Bahrain, France, the United Kingdom, Canada, and the U.S.

I have dual citizenship because… I was born with one and the second I obtained by emigrating to the United States.

The importance of a passport is… it’s a ticket to freedom and exploration.

A part of the world I still have yet to see is… Japan, which is steeped in world heritage, among other things. It is somewhere I would like to get to soon. 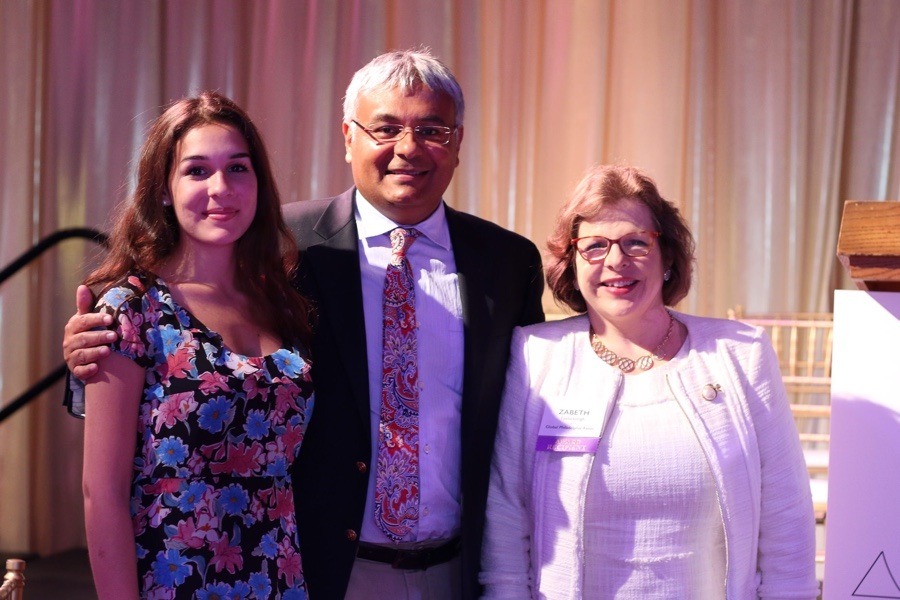 I came to Philly because… of a relocation with my husband’s job.

On the international stage people think Philly is… important, in terms of the founding of our nation, and the Constitution. But they don’t know how important it is, in terms of the people that are here, and the amount of culture and other opportunities that exist here. It just doesn’t quite have the visibility that matches the importance that it does, in fact, have. Somehow it’s under the radar, globally, although we are in the process of helping to change that.

The most difficult part of my job is… well, when you think of the two words “global” and “Philadelphia,” you realize that in each of those, there are enormous components. In reality, we are never done in terms of reaching out to the global aspects of this city, the different cultural businesses and economic aspects that we could be speaking to. It’s basically a never-ending job, which is what makes it fun. But it also makes it challenging.

Networking is… fundamental to the Global Philadelphia Association. At the core, we are a membership association, and we are also asked to collaborate and, in wanting to be successful, to work with other entities in many different fields. And networking really is essential to uncovering what some of those paths are.

Something most people would be surprised to know about me is… in the 90’s, I was a special assistant to the actress Natalie Carroll, who is better known as Gigi. I helped her put together a cultural marketing project that she was establishing on the south side of Paris. And I had a terrific time working with her. It was a lot of fun.

A major turning point in my career was… moving to the United States. It was a leap of faith. I didn’t know that I would end up staying here. I came without my family. I came on my own. I left a job in Paris for a job in Boston. Somehow it felt like the natural thing to do, and, in retrospect, I’m very happy I made that decision.

The best career advice I could ever give someone is… surround yourself with mentors, people that care about your success on the journey that you are taking in terms of your future and career. Typically it’s not just one mentor, it is several. This can give you different points of view and guide you through different pathways and trajectories. 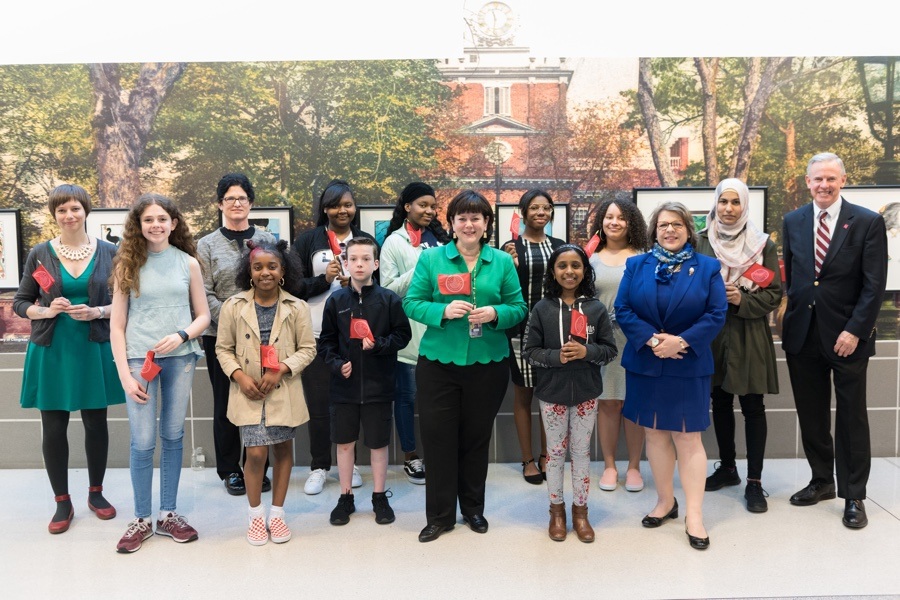 I have an admiration for people who… are able to focus, in a really laser-like way, on something that is really important to them, and that they want to see through. And sometimes that’s not necessarily a professional thing. Perhaps it might be an artist focusing on their art, a writer focusing on the book they want to write. That laser-like focus is something I greatly respect. And I think in the current evolution of society, it’s actually quite difficult to maintain laser-like focus on something that is really important, because we are distracted in lots of different directions.

I take my job seriously because… I realize that, somehow, it’s important to the city that I now call home. I would like to see it grow and expand, and I understand that what we do with Global Philadelphia is an engine of force, and we are driving a message for the city to give it greater visibility on the global stage. And position Philly, hopefully, in a stronger way as we come to grips with globalization and seize the global opportunities that are there.

In ten years I see myself… I’m pretty committed to World Heritage. I view it as increasing the understanding of humanity. That’s fundamentally why the World Heritage program was created. And because of my background and way of seeing the world, I see myself increasingly involved in that sort of role. I really enjoy my job, and that’s fundamental to doing something halfway decent. When you enjoy what you do, obviously you are committed, and that, hopefully, shows in what we have achieved at Global Philadelphia.