Meet the People Who Make Those Amazing Eagles Hype Videos

“It’s a labor of love,” says 160over90 chief creative officer Cory McCall who has overseen the production of every Eagles hype video the team has made in the past five years. 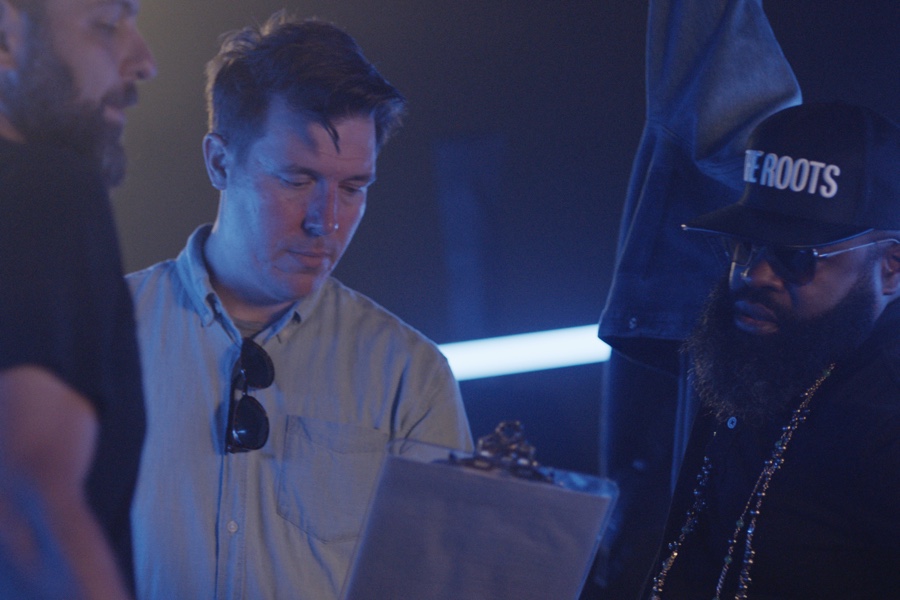 The Eagles 2018 season hype video released on Wednesday has already been viewed hundreds of thousands of times across social media, and consensus says it’ll give you chills. We reached out to the creative minds behind the yearly endeavor — a small team of 14 at the local branding agency 160over90 — for a behind-the-scenes look. Chief creative officer Cory McCall explains why they had to take this year’s process and production to a whole new level.

BizPhilly: Tell me a little bit about the Eagles creative team at 160over90.
McCall: We’re all proud of all of the work we do, but the hype video falls in a special category because we’re fans and this is our hometown team. The video is always a labor of love. Our 160over90 Eagles team is responsible for the Eagles’ whole creative concept that extends to the out-of-home campaign and social media, which includes the hype video production. In total, the larger Eagles team now consists of 14 dedicated people out of about 200 160over90 employees.

BizPhilly: What was the team’s goal with this year’s video?
McCall: I first want to say that the quality of the work is because of the deep and long relationship we have with the Eagles. We’ve been working with them for five years. In 2013 we put out the “What Brotherly Love Truly Means” video voiced by John Doman. But 2018 was different because no one on our team had been in this seat before, including the Eagles. In our first meetings after the Super Bowl, there was this shocked, stunned silence across the city. Like, “OMG, we got that thing we wanted. Now what? How do we act as a championship team?”

Our goal was to engage with the fan base in a way that elicits a genuine natural reaction. We didn’t want it to feel like marketing because frankly, the Eagles don’t need it. It’s clear that the Eagles mean a lot to people and their lives, so we want to pump people up and we want scenes in the video to resonate. 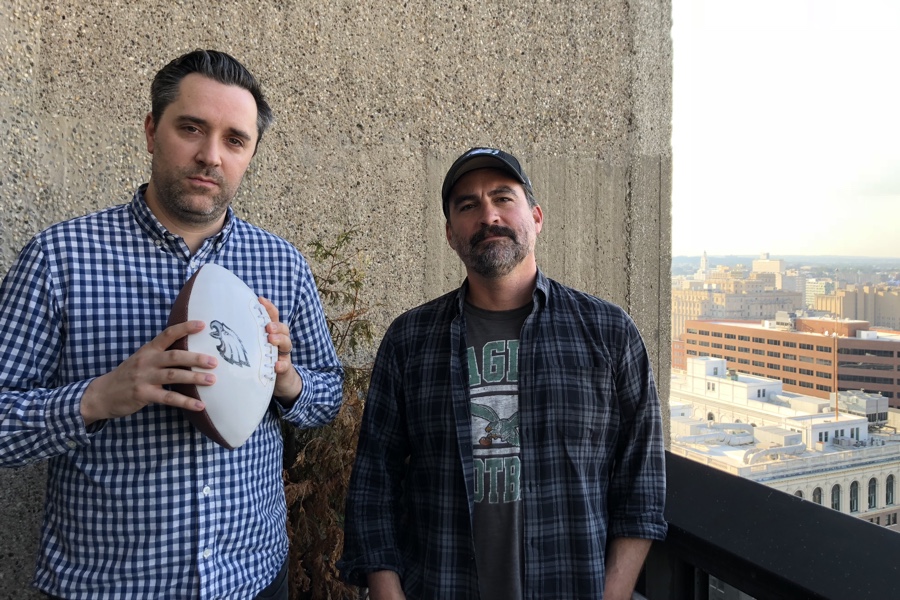 BizPhilly: What’s the key to creating an effective Eagles hype video?
McCall: It has to be genuine and authentic. It’s all about the work we do in the upfront to really know what the fans and the city are feeling. The story has to be accurate and right. We have to crack the cultural code so we don’t ever appear as interlopers who just arrived. It’s easy to do this in Philly because we live it and breathe it, but it’s higher stakes here as opposed to in Baltimore or Indianapolis, whose teams we also market for. From the first year we’ve always had this fear that if we didn’t get it right we’d have an angry mob with pitchforks telling us we’re ruining the team. That pressure has always been there.

BizPhilly: What elements stand out to you the most in this year’s video?
McCall: This is the first time we’ve featured the narrator, or “the voice,” in the video. In the past we’ve had Rob McElhenney, Brian Dawkins, Bradley Cooper and John Doman. This year we took it to the next level by filming Black Thought, this successful, authentic Philly native who is an Eagles fan. We intentionally decided to not just show the team coming out to Meek Mill’s “Dreams and Nightmares,” since that defined them last season. But we decided to carry that energy and hat tip to Meek Mill with the line “Y’all thought we were finished.” We know all the tricks to use because we are fans ourselves.

And the themes — “go for insanity” and “this is only the beginning” — come from the toughness and resilience that is still there. We want it even more. We’re just hungrier dogs now.

BizPhilly: What goes through your mind when you read commenters who say the video has given them chills or has inspired them to run through a wall?
McCall: It makes use feel like we got it right, that we didn’t have a tone-deaf note in there.

BizPhilly:What’s your prediction for tonight’s game and the season overall?
McCall: The Eagles will win tonight, but it won’t be easy. I’ll say maybe 34-17, Eagles. And for the season, I think we’re back at the Super Bowl again. The Eagles will be right back in there duking it out with the Patriots for a rematch.

Correction: Cory McCall has not overseen the production of every Eagles hype video ever made, just the ones produced by the team at 160over90 in the past five years.