Philly Is One of the Worst Cities for Women Entrepreneurs, Study Finds

The new research is tough to swallow. MagnifyMoney’s “best places for self-employed women” list ranks Philly 47th out of…50. Here’s why. 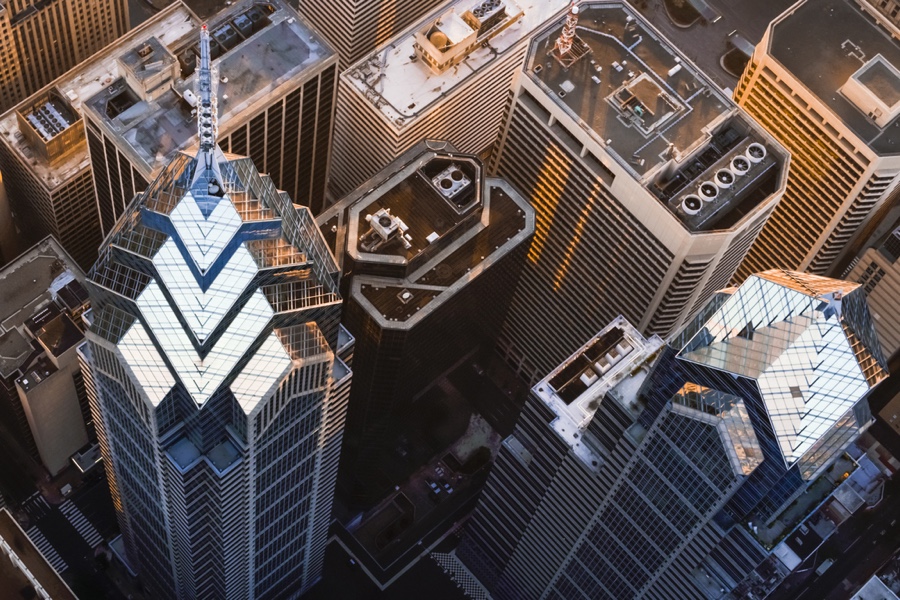 Philadelphia ranks low in a new study that identifies the best places for women entrepreneurs. Aerial shot above the One and Two Liberty Place in Philadelphia early in the morning. Photo: simonkr | iStock.

Women entrepreneurs in Philadelphia don’t have it easy. In fact, they have it pretty hard compared to women living in most of the country’s other top metro areas, according to an extensive new study from the financial education firm MagnifyMoney.

The firm looked at the country’s top 50 metro areas to determine the best places for women who want to be their own boss, launch a business — or both, and the results for Philadelphia are tough to swallow.

The City of Brotherly Love and Sisterly Affection is the third worst city for women entrepreneurs, just behind Cleveland, which took the top spot for worst, and Pittsburgh, which ranked second worst.

The metro areas with the best results for women entrepreneurs are all out west. They’re San Francisco, which ranked as No. 1; Austin, Texas in second; and, San Jose California in third.

Before we lament this ranking, let’s take a look at how these conclusions came to be.

The purpose of these metrics is to measure the overall monetary success of self-employed women in each region, the firm said. The metrics also help to shine a light on the places where the playing field is more even, where women are seeing more opportunities to launch something of their own. 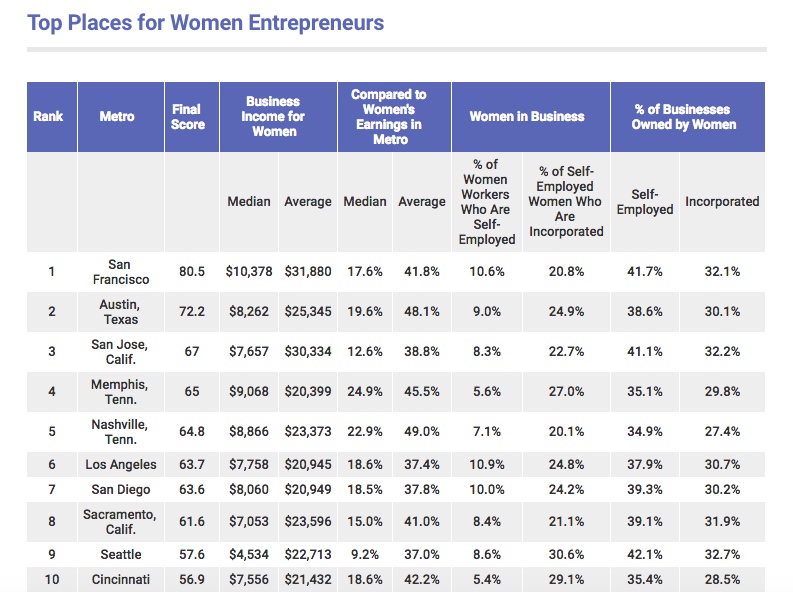 Across the country’s top 50 metro regions overall, just 30 percent of incorporated businesses are led by women.

In addition, the study looked at the percentage of businesses owned by women in Philadelphia. Women own 34 percent of self-employed operations and about 26 percent of incorporated enterprises. 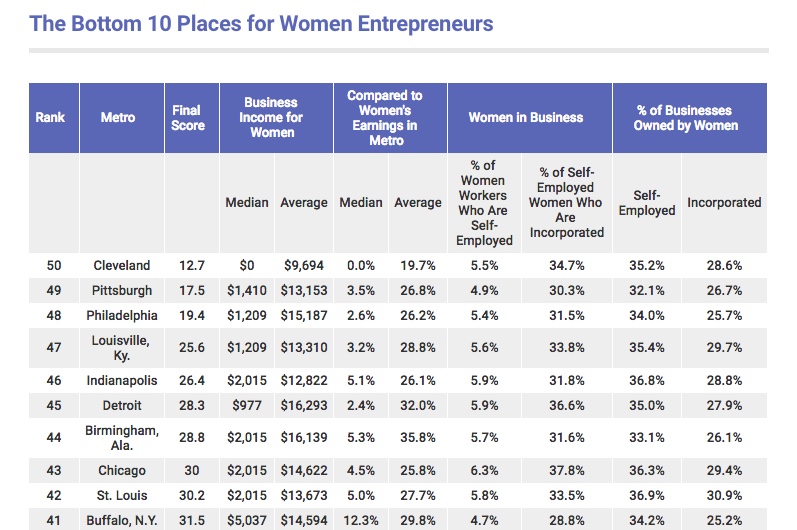 What It All Means

According to the study, placement at the bottom of the list could mean a lot of things. For one, women in cities like Philly, Pittsburgh and Cleveland are earning far less than their peers in other cities. And because these cities tend to have fewer women taking a leap into entrepreneurship, it might be harder for entrepreneurial women in these areas to find support in like-minded women and networks.

Philadelphia’s ranking in the study could also mean that the city is inhospitable to self-employed workers or new business owners in general, whether you’re a man or a woman. But, women living in Philly shouldn’t conclude that it’s impossible to start and build a successful business here.

“Women living in these worst cities shouldn’t assume that their business endeavor will be doomed before it even begins,” the report’s authors write. “But they should be wise to practice extra caution in their plans to transition to self-employment or business ownership.”

Do These Results Fit a Trend?

In 2016, BizPhilly wrote about another study that called the Philadelphia region out for being among the worst for women-owned businesses. That study measured the percentage of women-owned businesses, their growth, employees, revenues, industry variety and the existence of small business administration centers for women. Philly ranked 90th out of 100 in that ranking of metro areas.

The MagnifyMoney study emphasizes, though, that living in one of the best cities won’t guarantee automatic success any more than a woman starting a business in one of the worst cities will fail.
“Wherever they live, women entrepreneurs must overcome obstacles and chart their own paths to self-employment,” the authors wrote.

To view the complete ranking and to learn more about the study’s methodology, click here.