The new nonstop flights will take you to an urban paradise in Northern Italy, a top Game of Thrones filming location, a medieval wonderland in the northern U.K., and Germany’s storied capital. 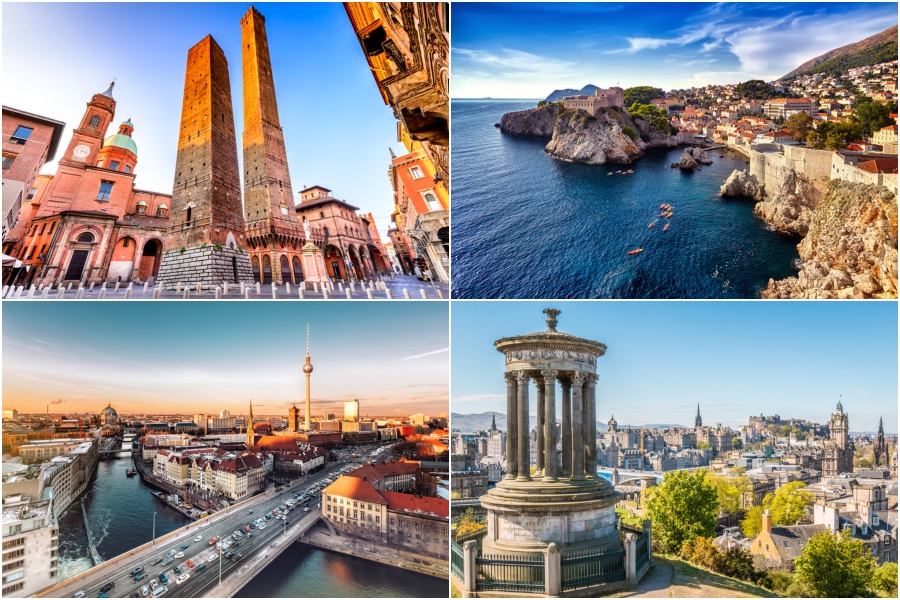 American Airlines is bringing a lot of firsts to the Philadelphia International Airport and to North America overall. Come 2019, the carrier will add flights from PHL to four new European cities: Berlin, Germany; Bologna, Italy; Dubrovnik, Croatia; and, Edinburgh, Scotland.

“We are excited that American is not only adding new international destinations from Philadelphia, but introducing cities that have never been served from PHL,” said Airport CEO Chellie Cameron in a statement. “This is great news for the entire Philadelphia region and to our connecting passenger base as well.”

The flights will be seasonal.

The service to Edinburgh (EDI) Airport will operate daily beginning April 2 and will end on October 26, 2019, giving travelers time in the spring, summer and fall to explore the city’s medieval offerings. American is actually moving this flight from New York’s JFK Airport to PHL. Earlier in the year, American also relocated its Zurich service to PHL from JFK.

And lastly, flights to Dubrovnik (DBV) Airport will run three times each week starting June 7 and ending September 27, 2018. Though travelers flock to this destination to explore its key Game of Thrones filming sites, there’s more to the city than the fictional Seven Kingdoms.

The new flights support American’s plan to double down on Philadelphia as a key travel hub.