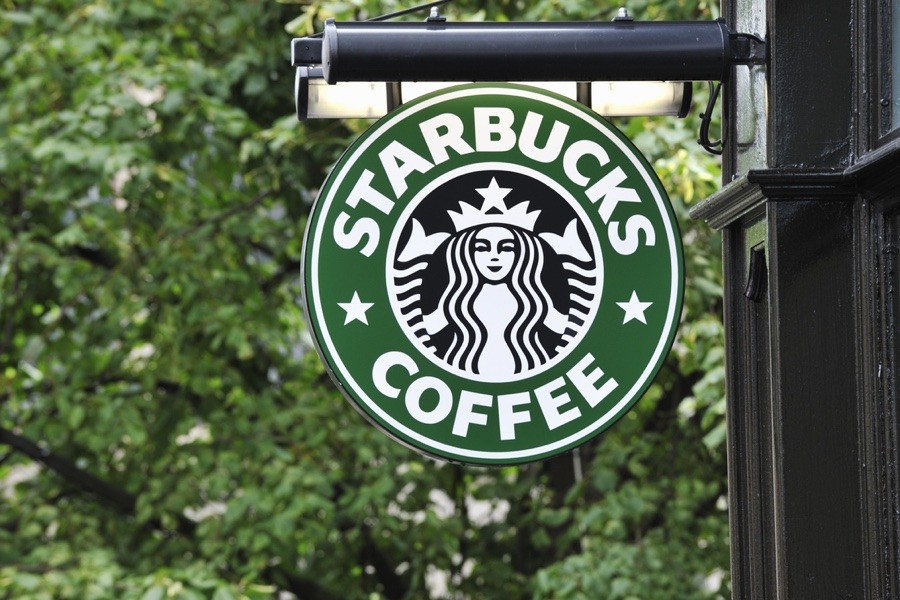 All eyes were on Starbucks again on Tuesday as the corporation shut down 8,000 stores to conduct anti-bias training following the public uproar over a white Starbucks manager calling the police on two black men who were waiting in a store in Philadelphia in April.

Starbucks billed Tuesday’s training as “one step” in addressing racial bias, and national reports have called the company’s move an “important start.” But for two Philadelphia Starbucks employees I talked to, the training merely “targeted” people of color and exacerbated racial tensions.

I spoke with the baristas separately on Tuesday evening after they attended the training at a Sheraton hotel with employees from about four districts in the region. Between 1 p.m. and 7 p.m., they had sat with fellow employees listening to a few presentations, watching a number of videos, journaling, and occasionally talking to colleagues and session leaders in small self-guided groups. (Starbucks has made all materials from the training session available here.)

Both baristas told me that the training had missed the mark completely. Instead of addressing racial tension head on, the training mostly “beat around the bush,” said one of the baristas, a 24-year-old Latino man we’ll call Jamie. “I was really disappointed when I walked out of there because I was expecting so much more,” said the other barista, an 18-year-old black woman we will call Tina.

Here’s more on what they said went wrong:

The Training Hardly Addressed the Incident Itself

At the training, attendees were split up into small groups and given iPads to watch videos, a 68-page guide with information, and a journal titled “My Notebook,” where they responded to prompts by writing answers and filling in bubbles.

“It felt like we were off task the entire time because we didn’t reflect on the situation itself,” said Tina, who has worked at Starbucks for a year. “The training materials focused a lot on police brutality, which had nothing to do with the incident that happened.”

According to Jamie, the Starbucks representatives leading the session got close to talking about the arrest of the two black men only when attendees brought it up.

The Focus on Police Brutality Was Upsetting

“The videos of cops knocking people down and fighting people were really disturbing,” Tina explained. “I told them I didn’t like the video and they told me they understood and that I was open to give my opinion.” What does watching videos about police brutality have to do with the situation that happened, Tina said she kept asking herself. “They went too deep into it and missed the point all at the same time.”

The Training Felt More Like an African-American History Class

“We got too deep into black history and got past what I thought was the point of the session,” Tina said, pointing out that one of the videos they watched went back to lunch-counter sit-ins of the 1960s.

For Jamie, a lot of the training was overly focused on how black and Latino people feel about being black and Latino. “If your racial training is supposed to be inclusive, why aren’t you also talking about what white people face, since they’re part of the problem too.” Jamie said. “As a Puerto Rican, it felt I was being made the center of attention for what seemed to be a PR stunt.”

The Presenting Leadership Team Was Not Diverse

According to Jamie, the training leaders were three white women and one white man; a woman of color spoke briefly at the beginning of the session but then left. “If you’re having people of color dig into their racial identity, why have non–people of color address us to start things off?” he said. “Not that the white women weren’t credible. But if you’re trying to be sensitive toward us, why would you do that?”

As Starbucks previously announced, the training videos featured the rapper Common, but it was unclear to the baristas why he was included. “It made it seem like they were pandering to us as a people, which is rude,” said Jamie. “What does Common know about anything that we’re going through? What does he have to do with anything?”

During the session, attendees were introduced to the phrase “color brave.” According to the training material, the first step to becoming “color brave” is addressing one’s biases and how to override them. To Tina, the term “color brave” was problematic because it felt instructive. “How do you know how I feel in my skin?” she asked. “How are you telling me how I should feel in my skin? That was just one of the terms going around that I didn’t like. Maybe it could be ‘color awareness,’ but not ‘color brave.’”

Though Starbucks attempted to get people to confront stereotypes and unconscious biases with the new phrase, the exercise left Tina feeling singled out. “I feel like a lot of people of color were targeted [yesterday], and I know that wasn’t the whole objective of having that meeting,” said Tina. “Every activity focused on people of color and how they feel about their race.” Tina left all of the following questions in her journal blank, calling the exercise “just ridiculous”: 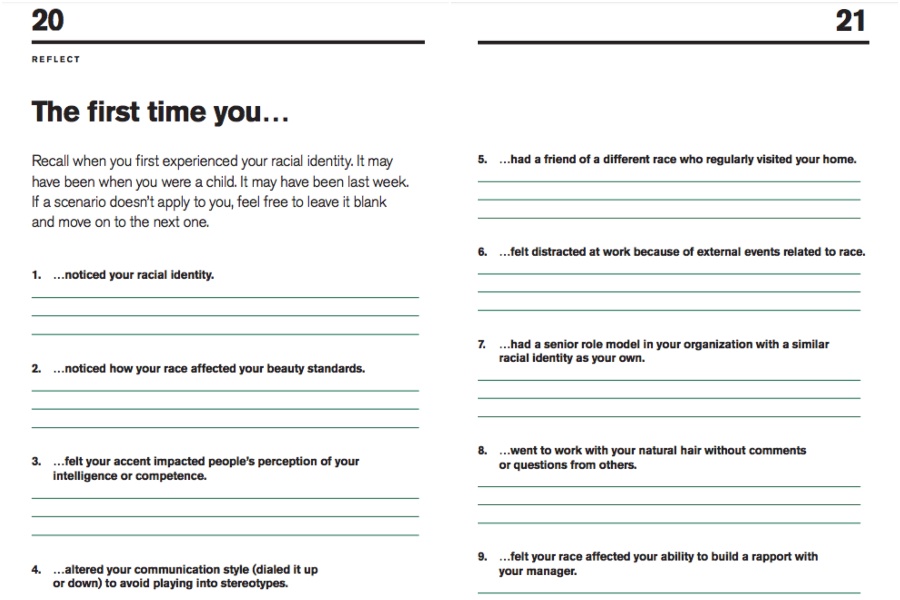 Pages 20-21 of the personal notebook employees were given during training on May 29, 2018.

It’s Unclear What Comes Next

“Racism has been here before Starbucks, and racism will continue to be here after Starbucks,” said Jamie. “It’s weird they focused so heavily on how we feel about our racial identity, because how is that going to help me deal with a homeless person using drugs in my bathroom?”

He added, “You’re a multi-billion dollar company, and you don’t have anything. It felt inconsiderate to bring about this event with no real way to attack the problems.”

Tina doesn’t expect anything to change this week or next, but hopes to see changes in the next few months. “We talked about how to make our stores better, and I feel like the rules are much clearer now,” she said. “I’m so used to running to get a shift manager when I don’t want to have any trouble with customers. But now I feel like there will be less confusion.” The rules outlined on Tuesday are below: 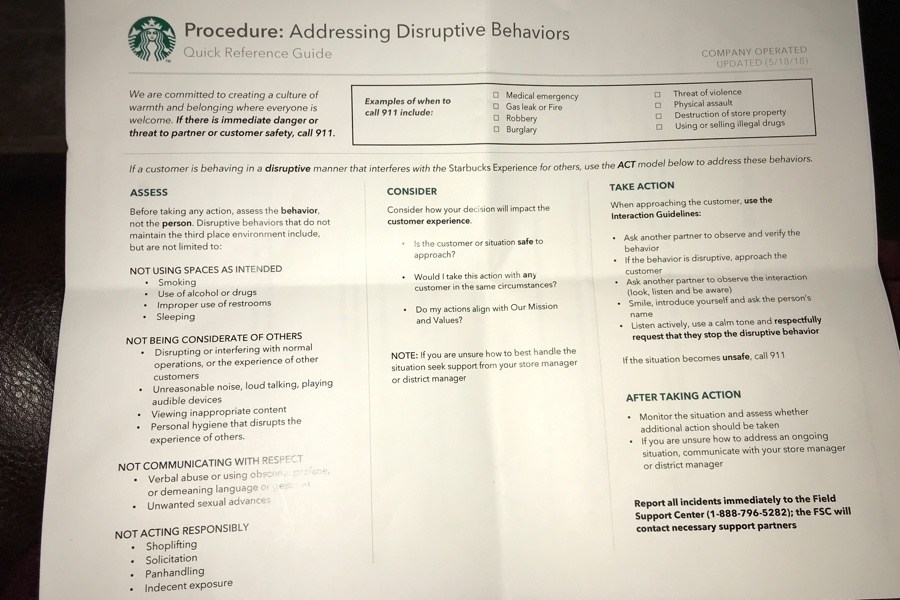 I reached out to Starbucks on Wednesday for comment about the baristas’ accounts. A Starbucks spokesperson reiterated that “May 29 isn’t a solution, it’s a step” and said the company will “continually assess our progress and remain open to engaging with other groups as merited.” 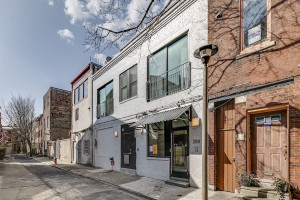 Just Listed in the Poconos: Turn-of-the-Century House on Lake Wallenpaupack