"Rather than seeing themselves 'in' the technology industry, women see themselves working 'for,' 'with,' or 'alongside' tech companies. In reality, a career in tech extends beyond coding," say Women in Tech Summit founders Tracey Welson-Rossman and Gloria Bell. 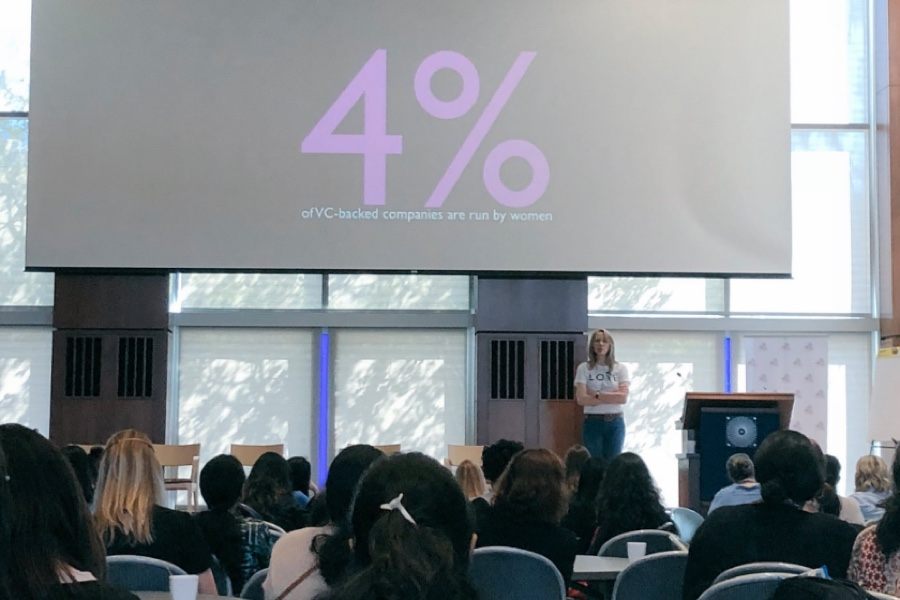 Recently, there has been much discussion of increasing the number of women and minorities represented in technology. The discussions are shedding light on startling statistics like the fact that women make up 57 percent of the U.S. workforce, but only 26 percent of the tech workforce and only 17 percent of Fortune 500 CIO positions. While this conversation has been happening for years, the current expansion of the conversation addresses questions of access, early engagement, and even media representation, but seldom do we recognize there is no clear definition of who is considered a woman “in tech.”

We wore a lot of hats at the time we founded the Women in Tech Summit in 2012, including chief marketing officer of a software development company, social media consultant, business consultant and mentors for tech startups, entrepreneurs and organizers of large technology and social media conferences. Despite which hat we were wearing in that moment, we still considered ourselves “women in tech” and a part of the tech world. But many more women, we discovered, did not.

As “women in tech” we organized and attended a variety of technical conferences and despite the well-known gender gap in our industry, we were shocked by the meager numbers of other women we were seeing as speakers and attendees.

We recognized two issues driving this gap. First, that many women did not relate to the speakers, format, or content of the popular technology conferences at the time. Second, that almost as many women in tech did not recognize themselves as such.

Many of the women working in technical roles that did not include writing code or who were working in more business related roles, even at technology companies, did not self-identify as “women in tech.”

In 2012, we gathered a group of volunteers in the Philadelphia tech community to plan the first-ever Women in Tech Summit. WITS would be an intensive technology conference whose speakers just happened to be women and whose attendees worked on both the technical and business sides of technology.

Often, rather than seeing themselves “in” the technology industry, women see themselves working “for,” “with,” or “alongside” tech companies. In reality, a career in tech extends beyond coding, so our conference brings together marketers, engineers, project managers, analysts, and even students. WITS’ mission is to educate, inspire and connect these women at events across the country – no matter what position they hold or what level they are at in their careers.

Each summit offers three tracks — Trends in Technology that focuses on understanding and applying new and emerging technology developments, the Hands-on Workshop track that allows attendees to gain practical and versatile skills, and Innovate Yourself, which provides professional development training.

At our first summit, we hoped to convince just 50 women to give up a Saturday, but we more than doubled that number, with 125 attendees. Six years later, WITS is held in six regions and will have more than 2,000 attendees. Our flagship Philadelphia conference has grown to a multi-day summit with more than 500 attendees.

The speakers and attendees are the greatest asset WITS can offer. This network is the source of the knowledge that we share with one another, the inspiration that we bring to one another, the community that we have created and the support and mentorship that keeps women coming back, and more importantly, keeps them in technology careers.

Significantly, we see 70 percent of attendees return from year to year. It is even more gratifying to hear from the women who attended WITS and have gone on to get new jobs or promotions, have trained to become developers and have gone into new fields, like cybersecurity. And the women who have started their own companies or have gained the confidence to become speakers, especially when we receive their proposals to speak at WITS.

In an industry with a 45 percent higher washout rate for women than men, we see attendees not just beating the statistics but helping us pave the way for the next generation to do so. The Women in Tech Summit’s profits support TechGirlz, a non-profit inspiring middle school girls to embrace the power of tech for their future careers. Often, we also host TechGirlz workshops on-site to inspire young women with the power of the WITS community and see themselves as future “women in tech.”

Most technology begins, in some form, with code and we love that the women who write code stand up and proudly claim their place in tech. Still, too many women downplay their role in the technology industry because they don’t write code as a profession. These women have to recognize and own their contributions to the technology industry. We want all of these women, like the 520 who joined us in Philadelphia this past weekend, to attend WITS and learn from, be inspired by and connect with other women working in many different areas of tech.