I Love My Job: Sportscaster Michael Barkann Has a Big Prediction About the Super Bowl 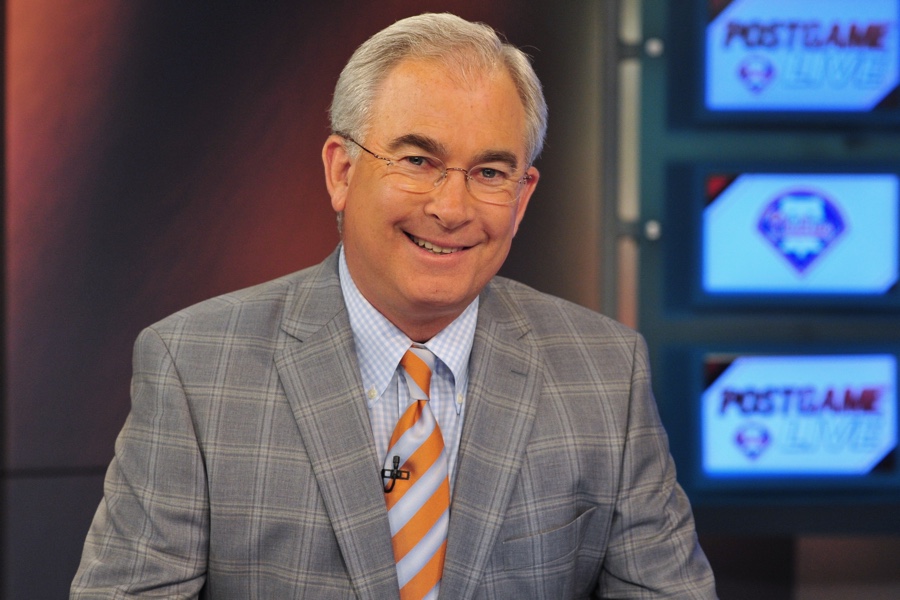 Michael Barkann is packing his bags for Minneapolis and the NBC Sports Philadelphia host has got a big prediction for February 4. He’s been covering Philly sports for more than 20 years so it’s safe to say he knows what he’s talking about. Here’s how he sees things from the desk.

I grew up in… East Brunswick, New Jersey

When I was a kid I wanted to be… a professional athlete as did all my friends. I wanted to grow up and get paid to participate in sports. What could be greater than that?

My first job… was washing dishes at Pat’s Pizza on Long Beach Island when I was probably 15. I wasn’t good at it. My mom would force me to wear gloves because she thought they’d save my hands. That was true until a fork or knife pierced the gloves and then I was soaked.

Running track was… both the most painful and exhilarating thing that I’ve ever done. On the air I always joke that track and cross country are real sports, not sissy sports like football. When you’re running distances as I did, your whole body goes into oxygen debt and your muscles are screaming out. The competition was amazing. I loved it.

Weather reporting taught me… to get out of weather reporting! [Laughs] People are always blaming you for the weather like you’re God. But it also taught me to ad lib and speak extemporaneously. It was fun.

I got into sports reporting because… when I was at New Jersey Network (now New Jersey Public Television) in October of ’86 they fired the lead sports guy. Then they made the backup sports guy the number one guy. I was doing weather at the time and they asked me if I’d like to be the backup sports guy. I said, “No, I’m the weatherman! I’m a starter. Are you kidding me, I’m not going to be the backup!” When I told my family what happened, they told me I was a shmuck. They reminded me that sports was all I ever wanted to do. So that’s how it happened. By February of ’87 I was in Philadelphia at Channel 3. 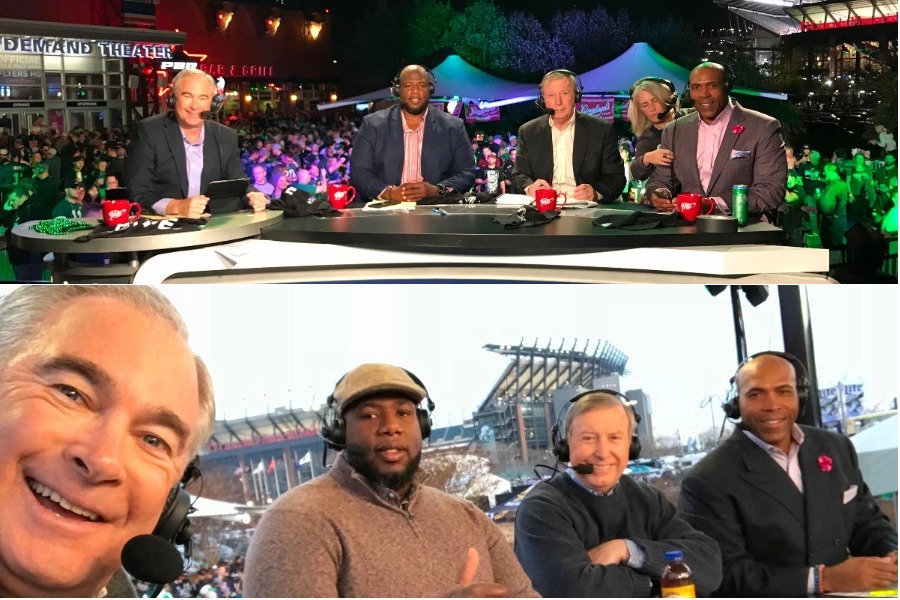 If the Eagles lose the Super Bowl I will… call you to take this interview down. [Laughs] I’m not even thinking about it. We’ve seen that scenario too many times, in other sports too. So I’m looking at the upside of it.

The biggest shock about the Eagles this season is… not that they continued on, it’s that they continued on so powerfully. When Carson Wentz was injured I said this thing isn’t over yet. Nick Foles has done it before. But still, to say that and do that are two different things. So that is a big surprise. With that said, the writing was on the wall.

The best place to watch a game is… on my couch, with my wife, daughter, son, in-laws and friends. Unfortunately, with working the Eagles games, that never happens. Other than that, I would say the conference room at NBC Sports Philadelphia with the gang.

The hardest part about broadcast journalism is… being almost ready to air a story and then having to get that one more source to confirm. That’s difficult and really frustrating. 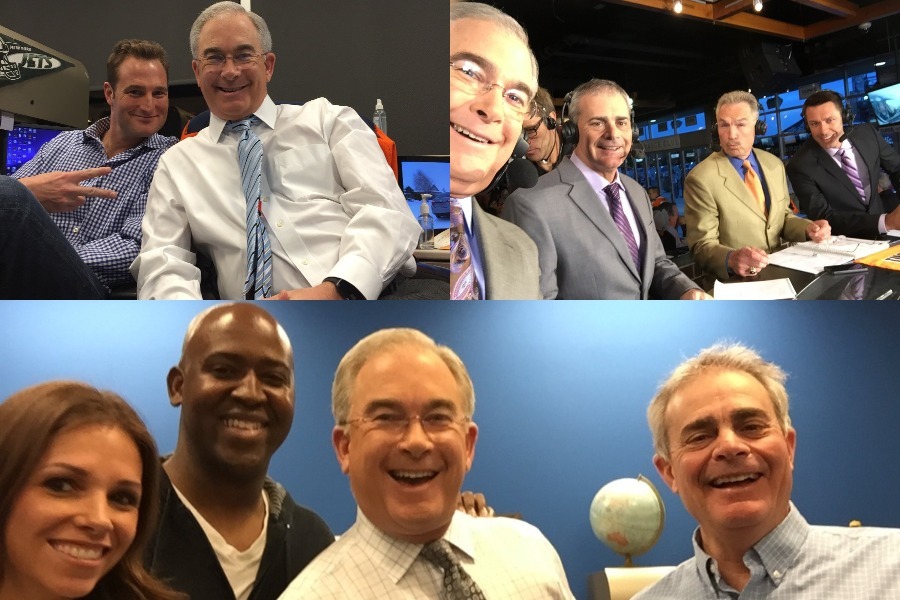 I think I really hit my stride as a broadcaster when… I went to Boston back in 1992. I was able to do broadcasting every single day. A friend of mine there said that you need to write it, gather it, report it, be on set and develop your presence every single day.

I honed my speaking skills by… reading a Dr. Seuss book called “Oh Say Can You Say?” to my kids before bed. It’s a book of tongue twisters that I’d read faster and faster each time, and I’d pronounce every syllable. My kids got sick of it. I’d recommend this to every young broadcaster.

If I weren’t a sports broadcaster, I’d be… selling fresh juice on an island somewhere.

Philly fans are best described as… real, cocky, in your face and beyond passionate. What you see is what you get. We’ve been through the wars. Think about it: there have only been nine championships in this town in all of sports history. So we’re kind of gun shy. We love our teams no matter what but we always think there’s another shoe that’s going to drop or there’s a black cloud out there somewhere. That’s why I think this time is going to feel so much more special. 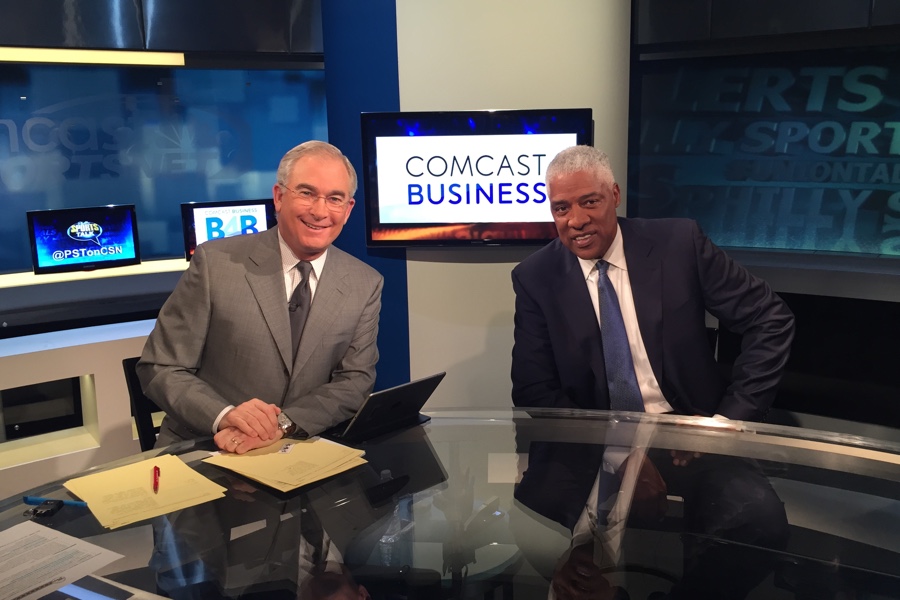 The best career move I’ve ever made was… returning to Philadelphia from Boston.

The worst moment in my career so far is… when I was a sideline reporter for the XFL. And this will be the only time in print that I will admit to doing that so you have a scoop. Picture being at the Los Angeles Memorial Coliseum in February during a torrential monsoon downpour or being at Soldier Field in Chicago at night, it’s zero degrees and you’re trying to be sideline guy. At one point I actually burned my microphone wire out from standing too close to the jet engine heater. Never again will I admit that I ever did that! 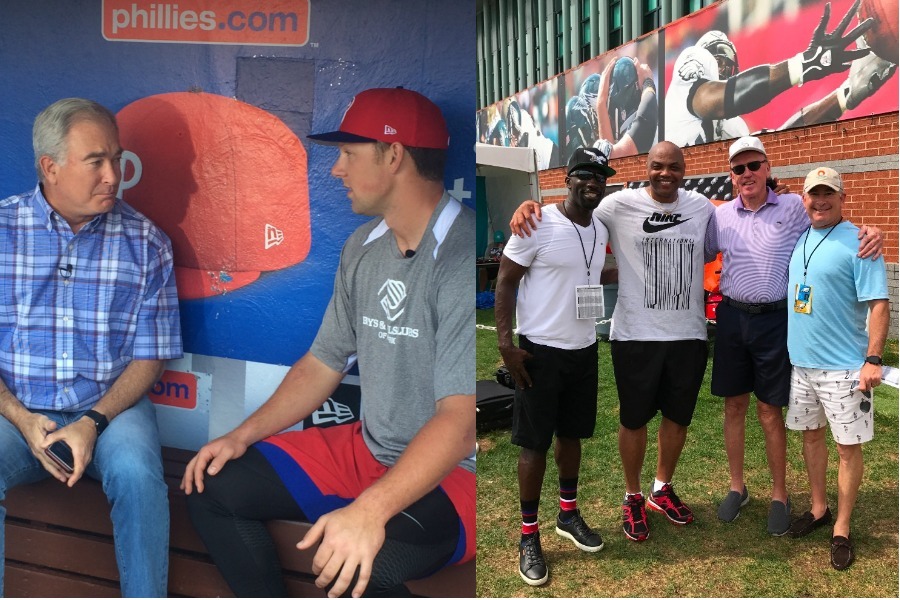 Some big perks of my job include… going to see the Eagles win the Super Bowl. That’s a huge one. I’ve never been to Minneapolis and I’ve always wanted to go in February… Getting to see people from all walks of life, from all around the country and the world is another big perk. I’ve traveled a lot and have been blessed to do three Olympic Winter Games, other Super Bowls and Final Fours.

Before I host, I make sure to… remind myself how blessed I am and how much fun this is. There are people that are less fortunate who might be watching. They don’t care if I’m having a bad day or have a headache so I always tell myself to bring it. Sometimes I’ll clap my hands together and say “Let’s go!” to keep the blood moving. If you move physically, then you move mentally.

A crazy on air moment was when… Rob Kuestner, a producer at the post-game show, locked a camera down to capture our reaction (unbeknownst to us) as we watched Philadelphia shortstop Jimmy Rollins hit a walk-off double against the Los Angeles Dodgers. We went absolutely crazy. We just lost it like complete fans.

Another moment was when Flyers analyst Steve Coates was at the Wells Fargo Center with fans after a playoff game. I told him to ask the woman standing behind him what she thought about the Flyers winning the game. She was smashed and told Steve that it was “bleeping awesome.” He got so rattled and tried to blame me! It was hilarious.

A time I was emotional on the job… was when Harry Kalas passed away. I got choked up on the air. I was returning from a trip with my family when I got the call. They asked me to come in that day, and as I got closer to the station, you could just feel the weight of it. Harry was the voice of our summers and the voice of the Phillies.

I’m inspired by… those who overcome daily struggles. I can see those stories whether on our station or others, and I realize how lucky and blessed I am. I’m also inspired by my wife, Ellen, who runs our charity and who has raised our children. There’s no tougher job in my view. 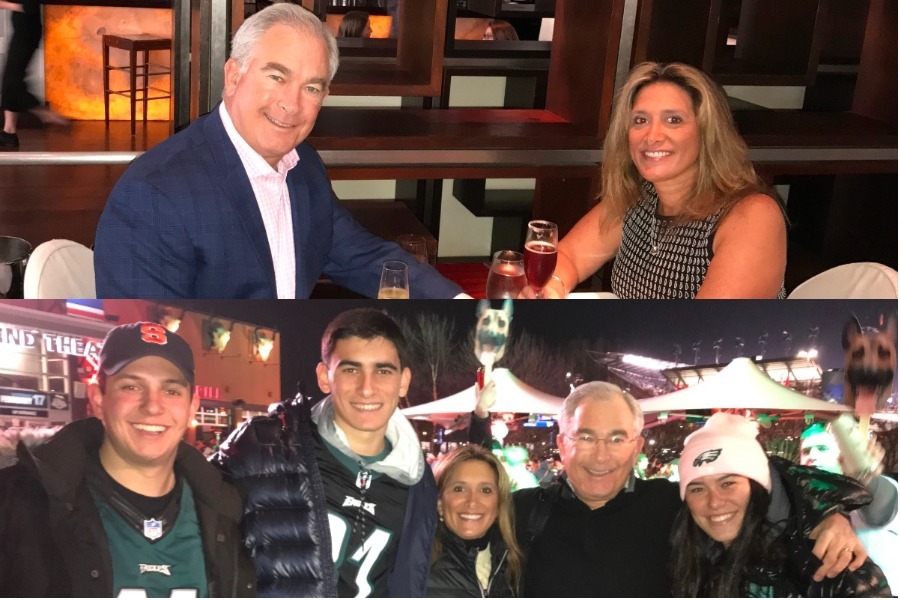 A perfect Sunday looks like… February 4th! That’s going to be a perfect Sunday. Other than that, just hanging around with my family.

My favorite sport to report on is… football.

A sport I wish I played… was tennis and also golf. I walk eighteen holes, but I don’t play because I’m so bad.

A restaurant in Philly I love is… Buddhakhan. Those edamame dumplings! Any Stephen Starr restaurant, really. I also love Chickie’s and Pete’s. Great wings, crab cakes and pork sandwiches. There are so many great ones in Philly. Up my way I like Fleming’s and PJ Whelihan’s.

If I were to host one last show, it would be about… the last forty years of NBC Sports Philadelphia. You think they’d let me? OK, how about the last 35 years? 30? We just passed 20 years on the air. It’s been a great ride.

It's our 20th birthday today, and while our name will change, our mission remains the same.

Thanks to EVERYONE who has made CSN special. pic.twitter.com/1dXQskuad3