Stephen Tang on His Decade as Science Center CEO

He opens up about his challenges and shares some key advice for the institution’s next leader. 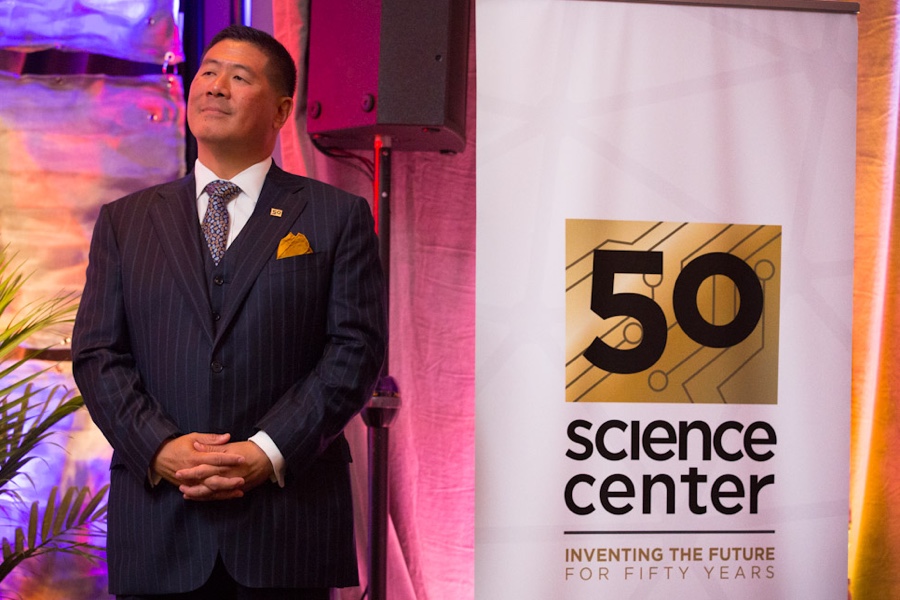 The University City Science Center announced a huge leadership change Thursday morning. Stephen Tang will step down from his role as president & CEO after a decade. He’s headed to OraSure Technologies in Bethlehem, where he’ll be president & CEO. Here are some final thoughts from the leader as he prepares to make his way out.

BizPhilly: You’ve been at the helm of the Science Center during a pivotal decade of Philadelphia’s innovation history. What are some of your big picture takeaways?
Tang: As you know, a lot has changed over ten years. I think I have been personally delighted that innovation and entrepreneurship have been so widely embraced, not only by universities and innovation centers, but also by the community at large. If you look at the growing sectors in life science, which was already there, plus tech and fintech and urban tech and everything else that’s sprouting up these days, it’s really fascinating. What I take away is that you really can move mountains if you work together. That’s something we are learning more and more about. It’s just been remarkable. Big ideas and big growth can happen if we all pull together.

BizPhilly: Was there a particular challenge that you felt you were constantly up against?
Tang: In some respects, the job was easier ten years ago when there wasn’t such interest by organizations in innovation and entrepreneurship. That’s an awakening they had to develop on their own. And since then, many universities and a lot of private enterprises have focused on innovation and entrepreneurship. So what that means for the Science Center is that we constantly have to up our game. We have to offer something to our community members that they can’t do on their own and convince them that they can’t do it on their own. That’s been our challenge for 55 years. We really had to raise our game in this environment where there is so much that each individual company or university can offer their community. That’s our fundamental challenge and I think it will continue to be.

BizPhilly: When we last talked, you said the Science Center has plans to do more to break down physical and metaphorical barriers that exist between its campus and surrounding neighborhoods. Any final thoughts on this mission?
Tang: I still believe that if we can take the tools and approaches of the community of innovation and entrepreneurship and make them more available for folks who live in impoverished communities, we essentially can change the game from a living wage to wealth creation for them. And in doing so, we can really transform the way that we look at economic growth within the city. We can be much more inclusive. This is the mantle that I hope the next CEO of the Science Center embraces because I think it’s so fundamental to improving everything about Philadelphia. Not just the fact that we have great ideas and inventions, but it’s that people in our communities actually participate in those developments and success. That’s the only way we’re going to shed that moniker of being the largest poor city in America.

BizPhilly: As we enter a new year, what’s your message to Philly entrepreneurs?
Tang: Don’t look back! [Laughs] Run to daylight! We have created abundant opportunities for entrepreneurs in this city. It’s really our moment to claim our stake as a leader in the global economy for nurturing entrepreneurs.

BizPhilly: What do you hope to accomplish in your new role as president & CEO of OraSure?
Tang: This is back to the future for me. I started graduate school at Lehigh University in 1982 and then spent the next 31 years of my life in the Lehigh valley. During that time, I was well aware of what this company that’s now called OraSure Technologies was developing and followed their progress very closely. Today, they are a leader in medical diagnostics and in specimen collection for medical solutions. My job is to help them grow even further and to uncover new innovative pathways for their products and services. What I hope I can bring to them and their shareholders are the building blocks of my career, which have been in the startup side, corporate management side and in the nonprofit work I did at the Science Center. I’m looking forward to it. It’s in many ways the opportunity of a lifetime for me in the same way the Science Center was an opportunity of a lifetime for me ten years ago. I’m a very lucky guy.