No one knows Philly's downtown better than Michelle Shannon. 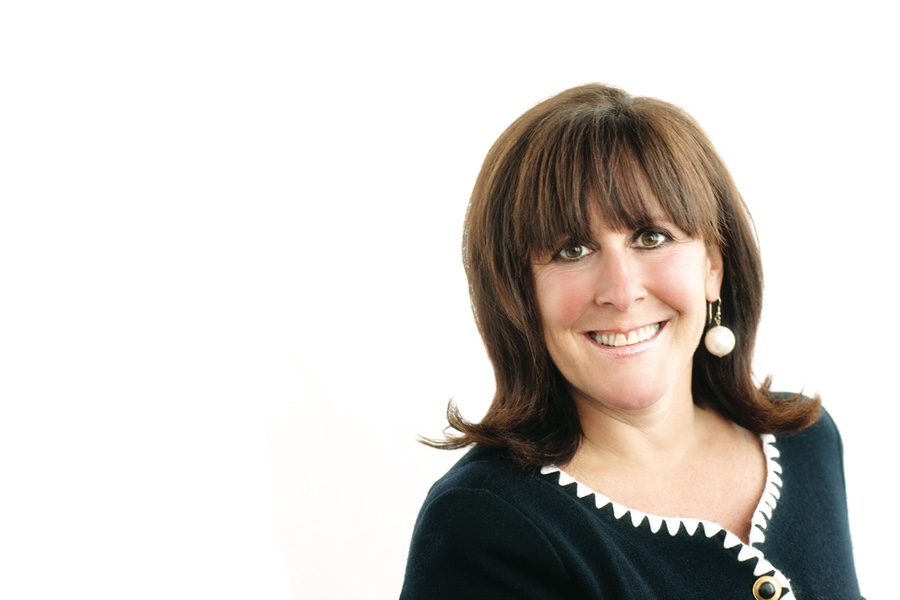 We’re pretty certain that no one knows more about Center City than Michelle Shannon, the woman who’s been pushing downtown Philadelphia’s development for nearly 30 years. Shannon’s love affair with Center City started well before she began working for Center City District where she’s been for 20 years now. It began back when she was a student at Temple University. Her first job in the city was at the Gallery’s The Limited store, right when the fortress mall first opened. And after college, she launched her career as a special events coordinator with the Rouse Company, the Gallery’s previous owner. “I had never seen a shopping center that big,” Shannon told me, recounting her first visit to the mall. To see the structure under major construction so many years later is “beyond exciting,” Shannon said. And if you stay in a place long enough, you get to see the fruits of your labor and how things endure, said Shannon. In this interview, the Center City maven highlights the best of what Philly’s downtown has to offer and tells us what she never leaves the house without.

I grew up in… Carlisle, Pennsylvania.

I firmly believe in … fashion as a form of self-expression, and also retail therapy.

If I knew the world would end in a week I’d … grab my husband and two cats (Frankie and Gianni) and jet off to a beach somewhere and eat a lot. I’d do all the things I always stay away from.

A project I’m knee-deep in at work is… our new Shop Center City campaign. It focuses on Center City’s regional market share by encouraging customers to discover the “only in Center City” experience. We think our shopping experience is really unique and has much more to offer than a typical shopping center. You can grab a drink and visit all the holiday attractions while shopping. We’re also knee-deep in all of the attractions at Dilworth. We just opened up the Rothman Institute Ice Rink last Friday, and we’re getting ready to open our holiday market on Saturday. On Monday we will open our new Deck the Hall light show at City Hall.

The No. 1 Center City fact I like to tout is… that there are more than two million square feet of retail under development in Center City that will dribble in over the next 18 months. MOM’s Organic Market and Target have already opened on East Chestnut and East Market. I think it is all incredibly exciting. If someone told me 10 years ago we would have two million square feet of new retail being developed, I would have told them they were crazy.

A fact about Center City I wish were untrue is… that we are incredibly modest about all that our city has to offer. We have so much going for us and I don’t think we crow about it nearly as much as we should or as other cities do.

Philly’s Center City shopping scene still needs… some big box stores, like the TJ Maxx’s of the world. I think you will see them come to Market East because if you look at the type of space that’s available, it’s bigger space than over on the west side of town. On Market East, you have the kind of footprint that you could accommodate some of these big box stores that might not be here already.

I don’t leave the house without… lipstick.

A skill I’m honing is… knowing when to shut up. I talk too much.

Neighborhood revitalization means… a commitment to making an area clean, safe and attractive for the residents and developers.

Those brawls at Center City Sips last summer were… unfortunate. We had a highly successful promotional event that hundreds of thousands of guests enjoyed for more than 11 years.

The last song I listened to… was something off the new Taylor Swift “Reputation” CD I bought last weekend. I’m probably the only person who still buys CDs.

My favorite things about Philly during the holiday season… are all of the holiday attractions. On Black Friday, after I do Santa Express at Dilworth Park, my husband and I like to go see the light show and the Comcast holiday spectacular. Just doing all the old-fashioned, cool things and some of the new things.

The state of Center City in one word is… vibrant.

If Amazon comes to Philly, the city will… continue to thrive, grow and expand to meet the needs and wants of the new residents.

A local restaurant I’m newly addicted to is… Aqimero. It has all my favorite things in one place, like sushi and tacos. They also have a great lunch special.

An oldie but goodie restaurant is… Happy Rooster.

Something Philly still needs to get right about its brand is… again, our modesty. I don’t know whether it’s our Quaker roots of humbleness that make us the way we are, but I think we need to show our pride even more than we do. We need to realize what a gem we have in our city and how fabulous it really is. 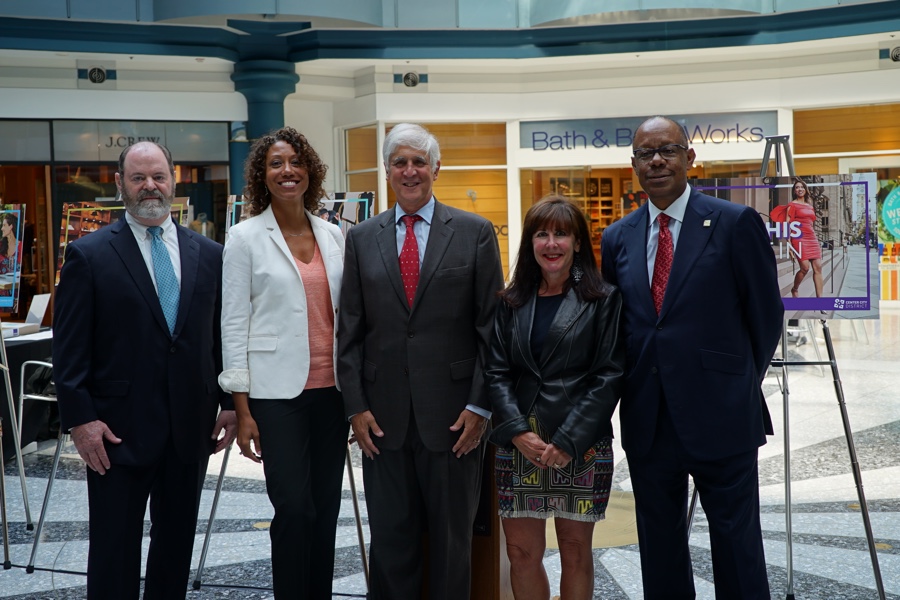 Working with Paul Levy is… a new adventure everyday. It’s been 20 years and no day is the same as any other.

A Philly business I want to know more about is… Girls Auto Clinic. I think it’s such a cool concept. I’d love to meet the founder and bring the business into Center City.

A Philly business leader I admire is … Sharon Pinkenson. She is the executive director of the Greater Philadelphia Film Office. She’s such a strong leader. I love everything about her.

I’ve always been bad at… math, just anything numbers oriented.

Everyone should binge watch… Law and Order SVU. When I get home on Saturdays after spin class, the Law and Order marathon is usually on. It’s the best! I’m also a fan of Blue Bloods.

When I want to relax… I go to Rescue Spa. I love to go there for a facial or a massage.

If you’re visiting Philly for the first time, be sure to visit… Reading Terminal Market. I think it’s the city’s biggest gem. It’s unique and everything is delicious. It crosses all ages, and ethnicities, and income levels. And because everyone is in one place, it’s a melting pot.

If I weren’t in marketing and the VP of marketing and communications at CCD I’d… have some sort of job in fashion or maybe work in a salon or spa. I always did everyone’s hair and makeup when I was in college.

Some of Center City’s best secrets are… some of its independently owned retailers like Joan Shepp, Kimberly Boutique, Boyd’s, and Nicole Miller. Because these stores all have independent owners, you get a different kind of service. For example, if a new item comes in, they’ll call you to tell you all about it and even have it sent over to your office if you can’t make it to the shop.

The best part of my job… is that it enables me to meet some really interesting and fun people that I get to work. And with this job I know I’m having a lasting impact on the city.