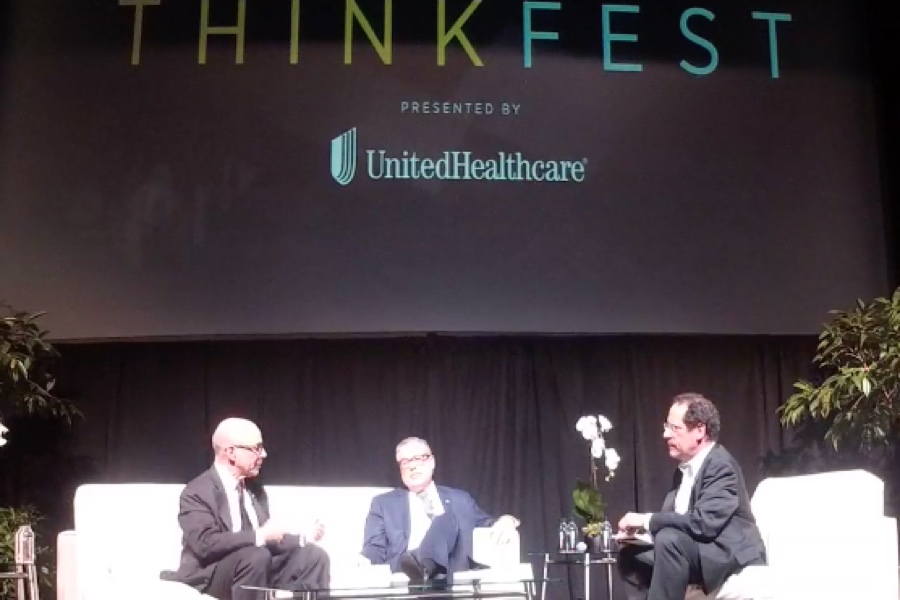 When the Brookings Institution published a review of Philadelphia’s innovation district earlier this year, the report’s biggest recommendation was collaboration, hence its title, “Connect to Compete.”

So just how well do Philly’s top institutions get along? According to two of Philly’s top leaders, execs at some of Philly’s biggest institutions hardly even speak to one another. At Thinkfest on Thursday, Drexel University president John Fry and Thomas Jefferson University and Jefferson Health president and CEO Stephen Klasko spoke candidly about the state of connection in the city.

“It’s not common for university presidents to talk to each other,” Klasko told the audience, “We don’t do enough of that in Philadelphia.” Stronger collaboration is the secret ingredient that can push Philadelphia forward and guarantee its spot as a leading metro ten years from now.

“All of us have been innovating and competing and making ourselves the best version that we can be,” said Fry, “But we’ve all hit a wall relative to how all of that equals a better Philadelphia. Because you can maximize each of our parts but that doesn’t make us the best city and the best region that we can be.”

Another side of Philly’s connectivity problem is in how the city brands itself. According to Klasko, companies in metro areas like Cambridge, for example, are able to explain why they’re in Cambridge without mentioning institutions like MIT or Harvard or Massachusetts General Hospital. “We have to be able to say, this is what Philadelphia is without mentioning Penn or Drexel or Jefferson or Comcast,” Klasko said. “What is our role and how is it different from Pittsburgh’s or Boston’s? What is our brand?” he asked.

For Fry, the city should move to connect intermediary players like the Chamber of Commerce and the business improvement districts throughout Center City. “They’re filled with super talented people,” he argued. “We need to summon them to act in a bigger and more strategic way.”

Watch the full conversation below: