The company's founder gives us the lowdown on her pitch and sassy new enterprise. 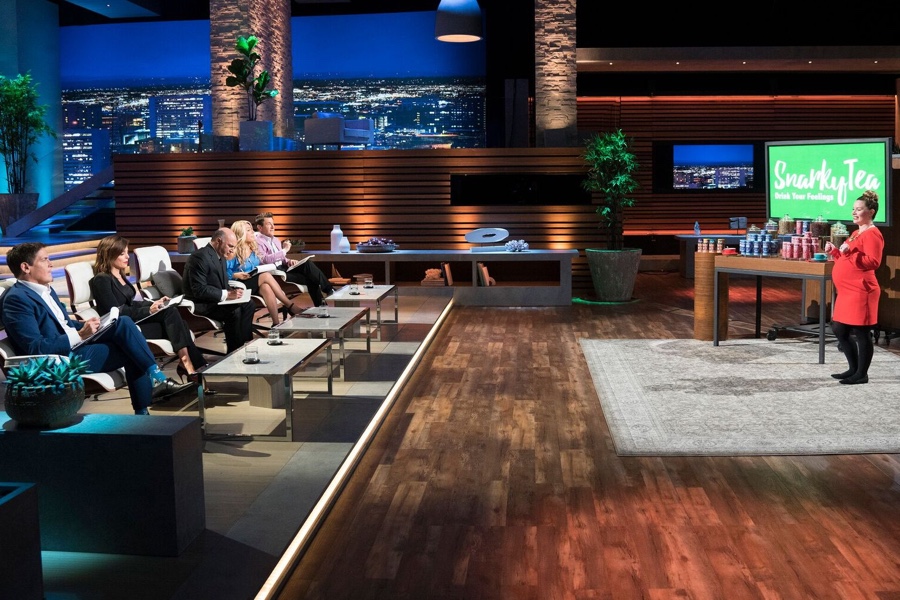 Another Philadelphia company is about to experience the ever-welcome Shark Tank bump. On Sunday, Snarky Tea founder Jenni-Lyn Williams struck a $150,000 deal on the hit ABC show with Shark’s Tank’s Mr. Wonderful (Kevin O’ Leary) and guest shark reality star Bethenny Frankel. The tea brand, which features a variety of teas charmingly named things like “Wake the F**k Up,” Get Your A** In Bed,” and “Get Your Sh*t Together,” was only launched just a year ago when Williams was getting her MBA at the Villanova School of Business. Williams, 30, tells us why she became an entrepreneur after working at Lincoln Financial Group in Radnor and why she never believed she’d actually make it on the show. Read on to find out what’s next for the mompreneur and her budding Philly-based company.

BizPhilly: Shark Tank has been hosting a lot more casting calls in Philly. Did you audition for the show at one of these events?
No. I actually just sent an email to them through their website with information about the company and background on us. When they got back to me, I had to talk to them on the phone, and also submit a video to showcase the product. I came in pretty late in the cycle. I first started talking to them in April and the show was taped outside if Los Angeles not too long after in June.

BizPhilly: What pushed you to even submit that email?
I started the business last October, so we’re only a year old now. Since starting, a lot of people kept asking whether I had ever thought about Shark Tank. I never really thought about it given the nature of the labeling of my product. It’s an ABC show, and Disney owns ABC. So because I didn’t think I’d ever pass through and make it on TV, I wasn’t even going to apply. But one day I just went ahead and did it and told no one I was applying, not even my husband. When they called me back the first time, I even missed the call. I was heavily pregnant and moving to Florida. But when I officially found out they wanted me on the show, my husband and I were shocked. He especially surprised since he didn’t even know I had applied.

BizPhilly: Can you talk about your experience pitching before the sharks and guest sharks?
I was in an MBA program when I started the company, so my public speaking skills were dusted off. I had been delivering a lot of presentations through the program, so I felt confident. But I knew that when I got there I didn’t want to have that weird thing with eye contact where you meet someone’s eyes and then it might be a bit awkward to break away. I have bad eyesight and wear eyeglasses, but I intentionally didn’t wear my glasses in there. I didn’t ever see the looks on their faces. It wasn’t as intimidating because I couldn’t really see what was going on.

BizPhilly: And you were pregnant.
Yes, and I was worried about that. I talked to them beforehand because my biggest concern was potentially having to pee while in there. But that experience taught me that if you’re a working parent, man or woman, it is really hard to find that balance. I have a two-year-old, too. Starting my business has allowed me to make my own schedule and take control of where my career was headed. It’s paid off so much. In the workplace it’s hard to explain to bosses that you have to leave to do things for your kids. Sometimes people believe business is more important than that. I feel really blessed to be able to do this. There are definitely days when I want to pull my hair out, but it’s all about finding what’s important to you and making sure those things can happen. 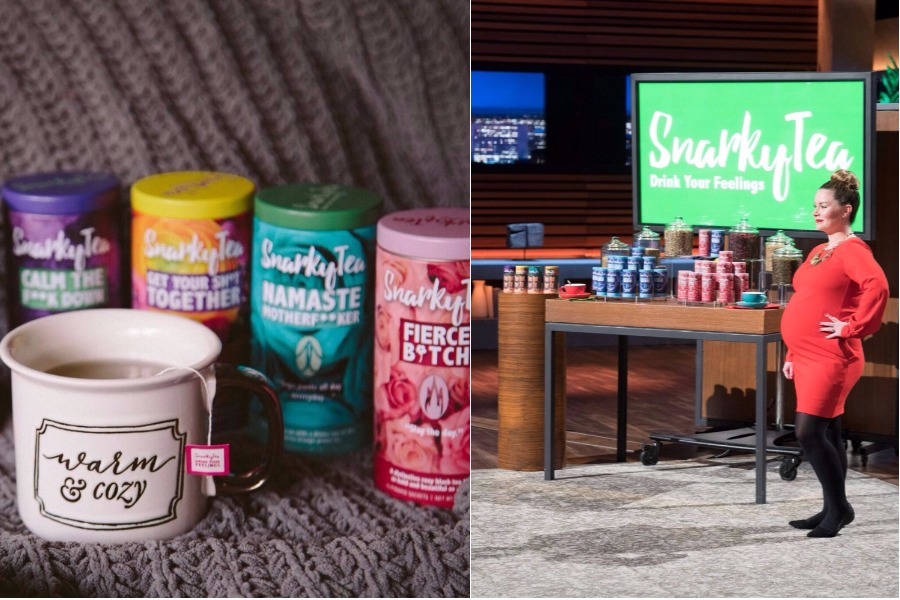 BizPhilly: What’s your Snarky Tea pitch?
Snarky Tea is real tea for real women. We try to introduce ingredients to larger markets, ingredients that are typically reserved for more advanced tea drinkers. Experienced tea drinkers know about the high quality ingredients we use but the general population typically doesn’t. My goal is to make tea more approachable for people. Everyone deserves to learn about tea and explore options outside of coffee. My doctor had suggested I drink less coffee, and when I went to pick out teas to drink, the names were not very inspiring. That’s when the idea for Snarky Tea came to me.

BizPhilly: What are your thoughts on the deal you agreed to?
I agreed to $150,000 from Bethenny Frankel and Mr. Wonderful. When ABC was introducing the guest sharks, I was so excited to see Bethenny on the list. I knew she’d be the person to go for because she understands branding and my target market and audience. I was honestly surprised by Mr. Wonderful’s deal, and I was really excited to see the both of them instantly jump in. The highest percentage to give away is 50 percent, and that’s what I gave away. I did so because I wanted to be realistic with my valuation. So many people go on there with crazy valuations, but I think it’s more important to be realistic. Since starting last October, we’ve sold about $270,000 worth of Snarky Tea. I knew I wanted to go for the deal when the two of them got on board to work together, so it’s really 25 percent and 25 percent for them each. When you have partners like that, the value isn’t just the investments. But it’s also the experience and personal side. I couldn’t be happier with the partners I got.

It's Sunday night, #SharkTank night, with holidays around the corner, and now with #SnarkyTea my new favorite tea! https://t.co/Q0pyiyD5Ok pic.twitter.com/itL3pbAI9R

BizPhilly: What’s next for you and the company?
We’re going to be figuring out how to get this tea brand to a larger audience. We’d like to get the personality of the brand into a product that can be mass marketed. We’ll have more news in the coming weeks.