Brookings determined which downtown universities have the biggest impact on regional economic growth. 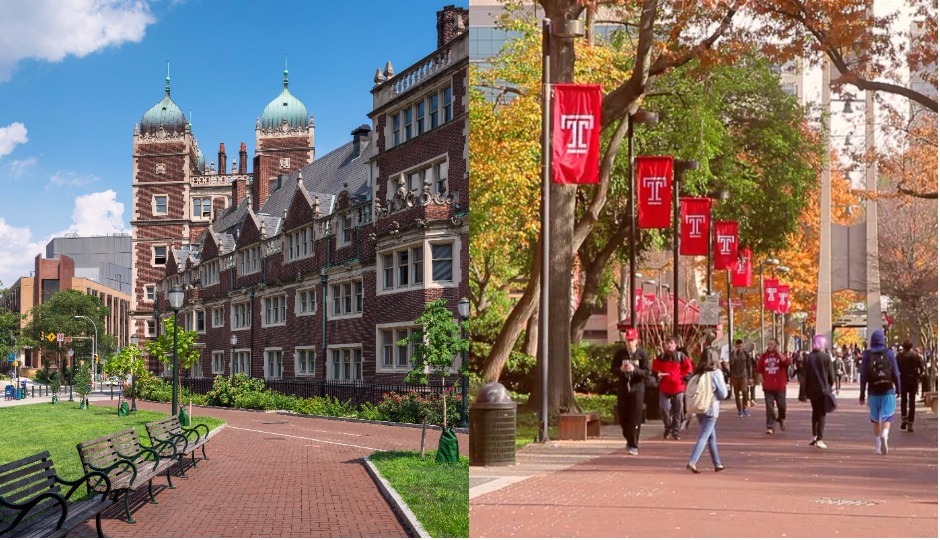 A new Brookings Institution report that ranks universities according to their commercial impact places both the University of Pennsylvania and Temple University in the top 10.

The report specifically looks at universities located in the downtowns of cities to assess how the schools drive innovation, or commercialization, according to factors like number of licensing deals, patents, and startups formed. Penn ranked No. 4 in the report and Temple came in at No. 7. Philadelphia and New York are the only two cities with more than one institution in the top 10.

“Economic theory suggests that universities located in the downtowns of cities should have greater commercial success than other universities because the former can take advantage of ‘factor markets,’ local ecosystems that make available numerous means of production,” wrote the report’s author Scott Andes. Yet few studies have analyzed the subject until now. The new report not only analyzes this concept, but also ranks the downtown institutions to show who’s the most successful at commercialization.

Penn came in at No. 4 because it’s a powerhouse in the life sciences, according to Andes. “Universities that specialize in the life science rank high on technology transfer metrics because medical devices and drug discoveries are more often patented and licensed than other technologies.”

Other Philly institutions made the list, too. Thomas Jefferson University was ranked No. 12 and Drexel University came in at No. 25.

And why do these rankings even matter? Well, according to the report, research universities are the crown jewels of the American knowledge and innovation economy and spawn “tomorrow’s most innovative and competitive firms.” They’re also anchors of regional economic growth because they support cities by creating a “steady stream of high-skilled workers, attracting faculty research entrepreneurs, encouraging private-sector research and development partnerships, and leading core regional technical capabilities.”

Overall, Andes found that compared to their peers located in smaller towns or in suburbs or rural areas on a per-student basis, downtown universities:

Looking forward, Philadelphia still has a lot of room to maximize the impact of these downtown research universities.

“As cities seek to distinguish themselves within crowded global markets,” the report reads, “downtown universities are emerging as competitive differentiators, linking longstanding economic strengths that exist within urban cores with market-ready science and technology.”

For even greater impact, the report offers some recommendations for universities and city leaders.

For more on these recommendations and to see the full rankings, check out the complete report here.