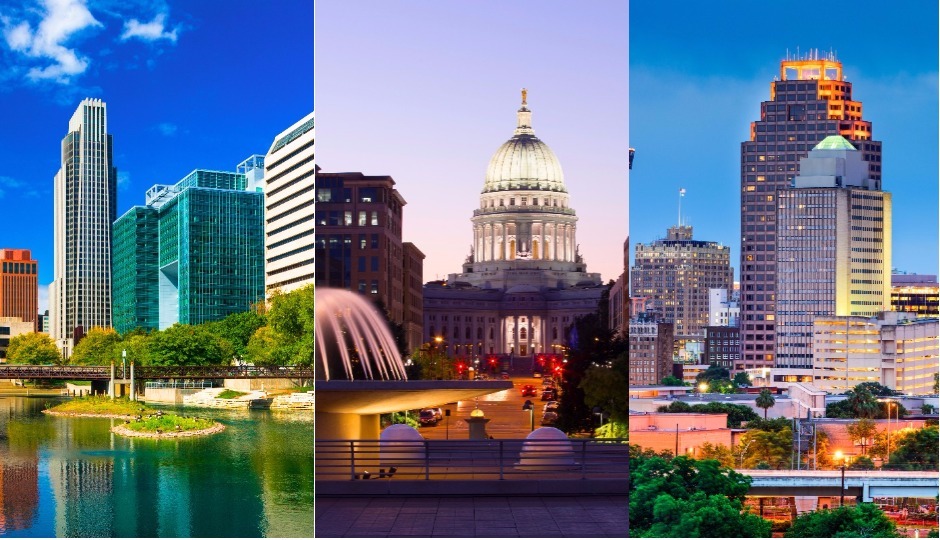 L to R: Downtowns of Omaha, Madison, and San Antonio. Photos via iStock.

Travelers at Philadelphia International Airport will have a boatload of new flight options in 2018. New routes to cities like Memphis, Dublin, and Budapest have already been announced this year, and now, American Airlines wants to connect passengers to additional locations in the Midwest and Texas.

Beginning February 15, 2018, new daily year-round service from PHL to San Antonio will be available, followed by service beginning on May 4, 2018 to Des Moines, Iowa; Madison, Wisconsin; and Omaha, Nebraska.

Booking for the new flights begins on Monday, October 9.

The connections from the Midwest give travelers greater access to Europe by way of Philadelphia, and overall, the four cities are the biggest markets not currently served by American at PHL. Frontier Airlines also recently announced that it will launch low-cost flights from Philly to Omaha and Madison, among other destinations.

Plus, American Airlines announced that effective March 25, 2018, one daily Philly-to-Los Angeles flight will operate on a bigger aircraft, the Airbus A330-20, to accommodate the demand for Los Angeles to Europe routes.