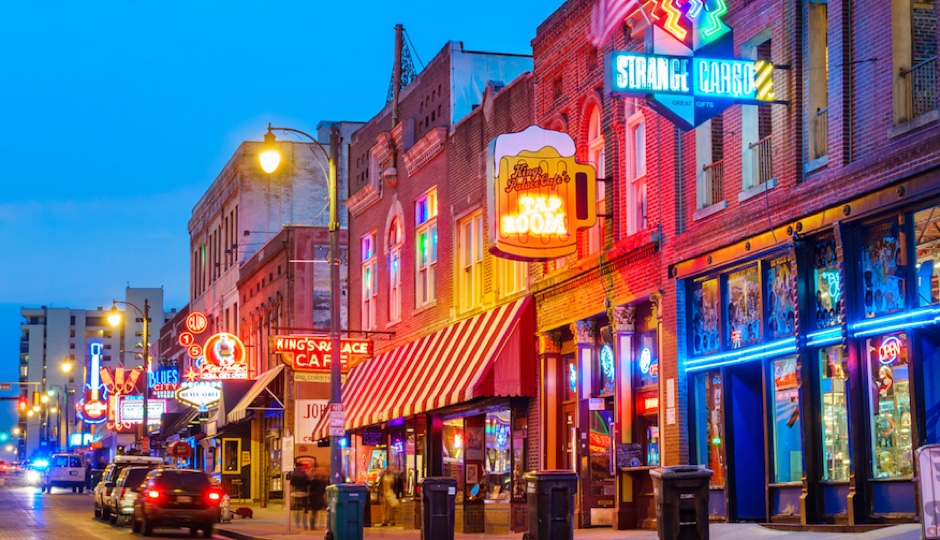 Starting in 2018, get to Memphis’s iconic Beale Street from Philly on a Frontier flight. iStock.

What do Jacksonville, Memphis, Omaha and Madison have in common? Come 2018 travelers can get to each destination from Philly on a low-cost Frontier Airlines flight. The carrier announced on Tuesday that non-stop seasonal flights to the Southern and Mid-Western cities will kick off as early as February for one destination.

Some flights are going for the low introductory price of $39 on flyfrontier.com. The introductory fares must be purchased by midnight on September 27, 2017 for travel through June 13, 2018.

The Omaha and Madison, Wisconsin routes will be brand new for the Philadelphia International Airport, while American Airlines currently provides non-stop service from PHL to Jacksonville and Memphis, with some flights starting at $301.

The four new cities unveiled on Tuesday bring Frontier’s PHL tally to 24 destinations total. A whopping twenty-three of the destinations have been added only since December 2014. Just last week Frontier announced that it will begin non-stop flights from PSL to Charleston, South Carolina, starting in February 2018.

“Travelers will not only have options to Jacksonville and Memphis, and more importantly, the service to Omaha and Madison will make it easier for travel between these new Mid-Western destinations.” PHL CEO Chellie Cameron said in a statement.

The flights from PHL to Jacksonville begin on February 14, 2018 and fly out in the morning on Mondays, Wednesdays, Fridays and Saturdays.

PHL to Madison flights being April 8, 2018, flying during the afternoon on Tuesdays, Thursdays, and Sundays. Flights to Memphis begin the following day — April 9 — departing in the evening on Mondays, Wednesdays, Fridays and Saturdays.

And lastly, flights from PHL to Omaha also begin on April 9. 2018, flying in the afternoon on Mondays, Wednesdays, Fridays and Saturdays.