A total of six immigrant entrepreneurs were honored for their groundbreaking contributions on Thursday. 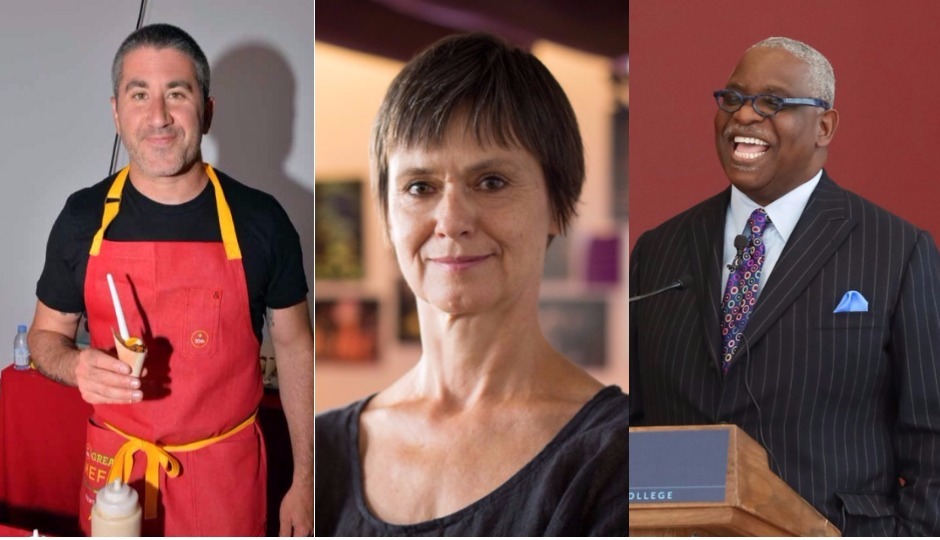 L to R: Michael Solomonov (HughE Dillon), Blanka Zizka (YouTube), Osagie Imasogie (Flcikr) were all welcomed into the 2017 class of the Innovators Walk of Fame.

The U.S. wouldn’t be the powerhouse it is today without the contributions of immigrant entrepreneurs, and this idea holds especially true in Philadelphia. On Thursday, the University City Science Center honored six of these entrepreneurs who have transformed Philadelphia in tech, science, engineering, food, and the arts.

The entrepreneurs make up the Science Center’s 2017 Class of the Innovators Walk of Fame, a project launched in 2013 to spotlight local innovators who have made groundbreaking contributions that have revolutionized how the region and even the world work.

“These honorees represent the, power, potential and impact of the immigrant community” said Science Center president & CEO, Stephen S. Tang. “The 2017 Innovators Walk of Fame honorees celebrate their ideas that have changed the world, the jobs they’ve created, and the legacies that have paved the way for future immigrants and innovators.” 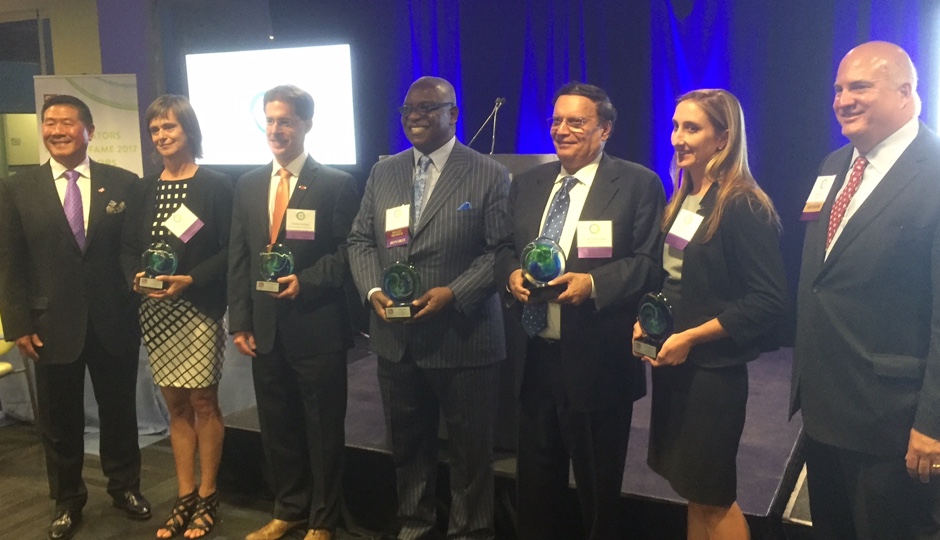 A selection committee reviewed nominations and made recommendations to the Science Center’s senior management team.

Here’s who made the Walk of Fame for 2017 and the impact of their contributions, according to the Science Center:

When French-born chemist Éleuthère Irénée du Pont built his gunpowder mills on the banks of the Brandywine River in Delaware in the early 1800s, he sowed the seeds of scientific exploration that became the hallmark of the DuPont company. E.I.’s legacy lives on through pioneering DuPont technologies. Products like Nylon, Teflon, Corian and Kevlar have transformed safety, fashion and agriculture – and created thousands of jobs around the globe. DuPont’s employees have transformed their company successfully for two centuries, making DuPont one of the most successful and sustained industrial enterprises in the world.

Israeli-born chef and restaurateur Michael Solomonov staked his culinary claim with landmark restaurants Zahav, Federal Donuts, Percy Street Barbecue and others. The impact of Solomonov’s recent venture, Rooster Soup Company, extends far beyond the plate. A partnership between Federal Donuts and Broad Street Ministry’s Hospitality Collaborative, Rooster Soup Company provides meals, counseling, and medical and legal aid to the city’s homeless and food-deprived communities. Named Outstanding Chef by the James Beard Foundation in 2017, Solomonov’s irreverent and creative flair, along with a humanitarian ethic, has greatly enlivened Philadelphia and contributed to the well-being of its residents.

In the midst of the Cold War, 21-year-old Blanka Zizka packed enough clothes for a week, boarded a train with her then-boyfriend Jiri and defected from communist Czechoslovakia. Along with her meager possessions, she brought along a love for the theater and the arts. Once safely in the U.S., Blanka and Jiri, now married, took an entrepreneurial approach to the arts as they grew The Wilma Theater from a small feminist experimental troupe into one of Philadelphia’s most respected cultural institutions. Considered one of the American theater’s leading lights, Zizka’s bold vision has firmly established the Wilma’s national standing as a theater committed to ambitious works from the contemporary international repertory rarely seen elsewhere in the United States.

The biotech sector was in its infancy when Hubert J.P. Schoemaker co-founded Centocor in 1979. Buoyed by his vision and leadership, the Dutch-born Schoemaker helped put Philadelphia on the map as a biotech center. Centocor, one of America’s first biotech companies, created thousands of jobs while improving the lives of millions of patients suffering from auto-immune diseases such as rheumatoid arthritis, psoriasis and Crohn’s disease. Centocor’s signature product, Remicade, continues to be a top-selling drug for parent company Johnson & Johnson. Schoemaker was a luminary in Philadelphia’s life sciences industry. Generous with his time and talent, he energized people as he translated complex science into marketable business propositions. Greater Philadelphia owes much of its success as a biotech center to Schoemaker’s ambition and drive as an immigrant entrepreneur.

Self-described as “Nigerian by birth but American by choice,” Osagie Imasogie is leaving a deep mark across the life sciences industry and civic community in Philadelphia. He’s a co-founder of Phoenix IP Ventures (now known as PIPV Capital) and Ception Therapeutics, Inc., the founder of Trigenesis Therapeutics, Inc., founding Vice President of GlaxoSmithKline Ventures, Executive Chair of Iroko Pharmaceuticals, Chair of iCeutica, Inc., and a Trustee of the University of Pennsylvania. The common thread connecting his diverse roles as serial entrepreneur, investor, attorney, pharma exec, and civic leader? A passion for innovation, entrepreneurship and Philadelphia! Through his vision, investments and advocacy, Osagie has been responsible for numerous successful ventures. Along the way, he’s encouraged entrepreneurs to embrace risk, change and diversity.

Over the course of his career, the Indian-born Krishna Singh has had a wide-ranging impact on energy technology, nanotechnology and economic development. Over 120 nuclear plants around the world employ systems and equipment developed by his company Holtec International – many based on Singh’s patents. His commitment to advancing nanotechnology research led to the creation of the Krishna P. Singh Center for Nanotechnology at the University of Pennsylvania. Thanks to Singh’s desire to strengthen communities, Holtec located its 50-acre Technology Campus in Camden, New Jersey – creating jobs and providing economic hope for a distressed city.