She tells us why she's shutting down her theater company and explains her next big role: a phone sex operator. 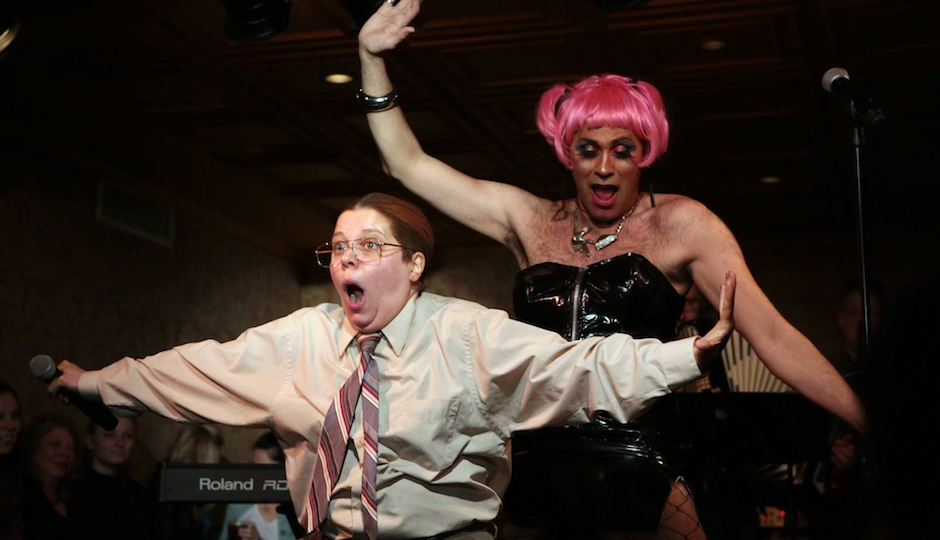 With the 21st annual Philadelphia FringeArts Festival in full swing, we thought we’d take a break from talking with CEOs and other high-paid honchos to instead sit down with FringeArts veteran, Fergie’s bartender, Flyers face painter, and sometimes drag performer Jess Conda, who tells us about being a thirtysomething in this gig economy.

I moved into Philly… in 2003 to sing and dance and be in musical theater. I had just graduated from Arcadia — well, it was Beaver back then, for whatever that’s worth — and Philly was a hop, skip and a jump from college island, and I liked being close to where I grew up.

My first job ever was… as a barista in the burbs when I was 16. We used to have drills where everyone made a cappuccino and lined them up and our bosses would lift each one up to see which was the lightest.

My weirdest job ever was… being an Elmo at Franklin Square Park. Being in that suit is like being in a sensory deprivation tank, because you can’t hear or see very well. 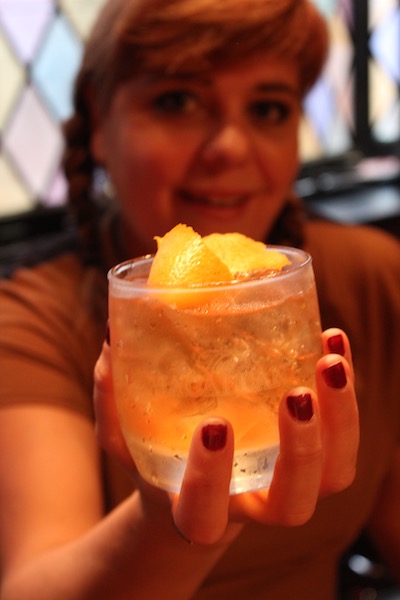 These days, I make a living by… hobbling six to eight “enriching” part-time jobs together. It’s a rich tapestry of freelance fun, a freelance bonanza, if you will. First and foremost, I’m a performer and a maker of original works. I also teach theater, right now at the Wilma and Independence Charter School. I bartend at Fergie’s Pub, usually on Tuesdays and Saturdays. And I’ve painted faces at Flyers games through a company called About Face 2 since 2004.

The show I’m most proud of being involved with was… Brat Productions’ 24 Hour The Bald Soprano in 2007 and 2010. I took over Brat in 2013, and I’m actually shutting the company down, which nobody knows about yet. I need the next year to not be thinking about running a non-profit but to be thinking about new models, because this model isn’t sustainable. I need to evolve. Like Madonna.

My first Fringe Fest was… in 2003. I did this thing with Brat. We played this game where we stopped people on the street and put them into a game show about George Bush and discovered how uninformed they were about politics.

For this year’s festival, I am… actually not involved in any big shows. I co-created this podcast about Philly theater called Encore, in which we make fun of AM sports radio and talk about theater. I’m singing in Burlesque & Beyond at the Troc on the 22nd with Scott Johnston and the Late Nite Cabaret and the Striptease Orchestra, and this Saturday, I’m performing some of my solo work in a community garden.

I am most excited about seeing the festival shows… Home, which I actually already saw, and which was amazing. And this Afrofuturism thing called Cotton & Gold. And my roommates are making a play about real sex talk called A List of Common Misconceptions. My roommates are really beautiful, sexy people, and I hear their antics all the time.

My drag persona is… a man named Len Nichols. He’s a simple man with a cabaret bursting out of his mediocre heart.

If I could change one thing about the festival, I would… make some kind of centralized pop-up party space, because everyone is pining and aching for that. We need an underground oasis of a party that pops up and disappears, which is what there used to be. 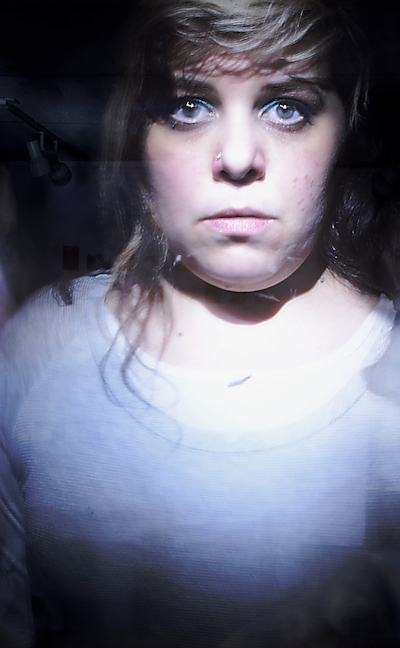 My secret talent is that I can… garden. I grow everything I need to make my own pasta sauce. I make a killer pasta sauce.

The best thing about being in theater is… being the architect of my life, having my own schedule, and meeting the most intelligent, vibrant, kind, and extraordinary people. There are no better people than theater artists.

The worst thing about being in theater is… that people don’t think of it as a job. And that I need to have six jobs.

My most recent audition was for… TouchTones at the Arden, which I got! I also auditioned for Cabaret at the Arden, but I’m not the best dancer. So I’ll be playing a phone sex operator in Touchtones. I’ve wanted to work at the Arden since I got into this business.

In the story of my life, the actor who should play me is… that chick from Parenthood whose name I don’t know but who has all my jobs, according to my friends. Or just resurrect Carol Channing, I guess.

The last book I read cover to cover was… a Frida Kahlo biography.

My best karaoke song is… “Dead or Alive” by Bon Jovi. I actually used to play with Red 40, but this year is about me stopping things that don’t work anymore. We performed together every month for two years, and that’s amazing. Now, I am writing my own stuff. Endings are actually cool. Endings are good things. It’s not about fuck Brat Productions or fuck Red 40. This is my mid-30s meditation: Doing a lot but letting things end when they need to so there is room for new stuff.

If a girl tells me she wants to be an actress, I would tell her… it’s possible. Totally possible. But you have to get your non-artistic skills up to do it well, like time management and being organized with income and being able to balance multiple things and getting really, really good at emails.

Five years from now, I hope to be… a homeowner and still a creative, curious person but one who runs around a little less.