Plus, for the first time, the U.S. News list includes postgraduate salaries. Here’s how Philly-area schools stack up. 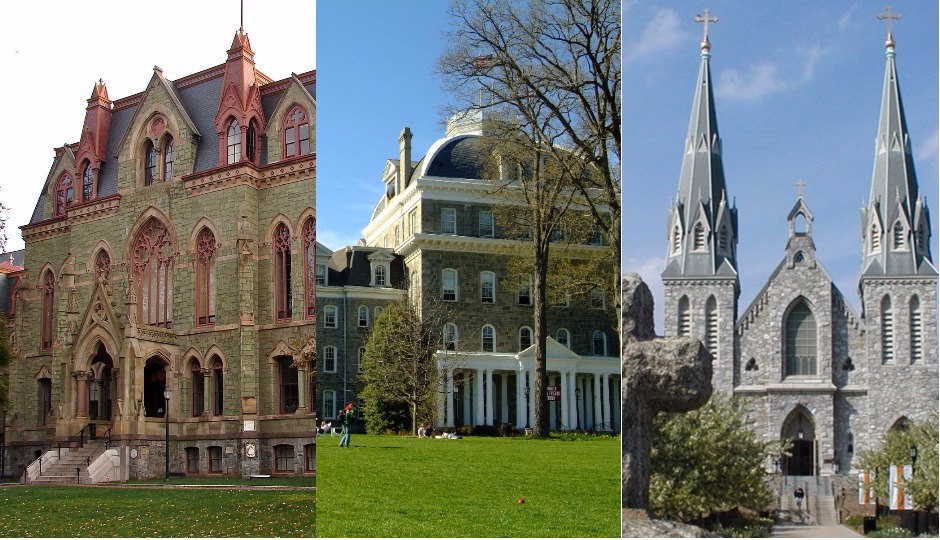 L to R: Buildings at Penn, Swarthmore, and Villanova.

U.S. News and World Report just dropped its annual ranking of the country’s best colleges and universities and the usual suspects made the cut.

For 2018, the University of Pennsylvania unsurprisingly maintained its #8 rank in the national universities category. Last year, it tied with Duke for the spot but came out on top as Duke slipped into 9th.

Villanova University stayed in the top 50 and actually jumped to spot no. 46 this year. 2017 marked the first time the school placed in the nation’s top 50.

A total of 311 universities were ranked in the national universities category. According to U.S. News, these schools offer a full range or undergraduate majors, plus master’s and doctoral programs and exhibit a commitment to producing groundbreaking research.

Others institutions in the region were represented on the list. Drexel came in at #94 and Temple at #115. Immaculata University tied for spot #165 and Chester’s Widener University was ranked #192.

Across the state, Carnegie Mellon was ranked 25th in the category, with Lehigh University at #46 and Penn State University Park at #52.

U.S. News also looked at liberal arts colleges, institutions that emphasize undergraduate education and award at least half of their degrees in the liberal arts field of study.

And 2018 is the first year U.S. News included the median starting salaries of alumni. The salaries are for graduates with 0-5 years of post-graduation work experience and whose highest degree is a bachelor’s.

The list below ranks the schools mentioned above according to median starting salaries for alumni.

Salary information was not available for Haverford, Swarthmore, or Bryn Mawr. Visit U.S. News’s site to see the complete ranking.