The One Obvious Thing That Will Dramatically Improve PHL

Our airport has made great strides — but there’s an essential problem that’s not being addressed. 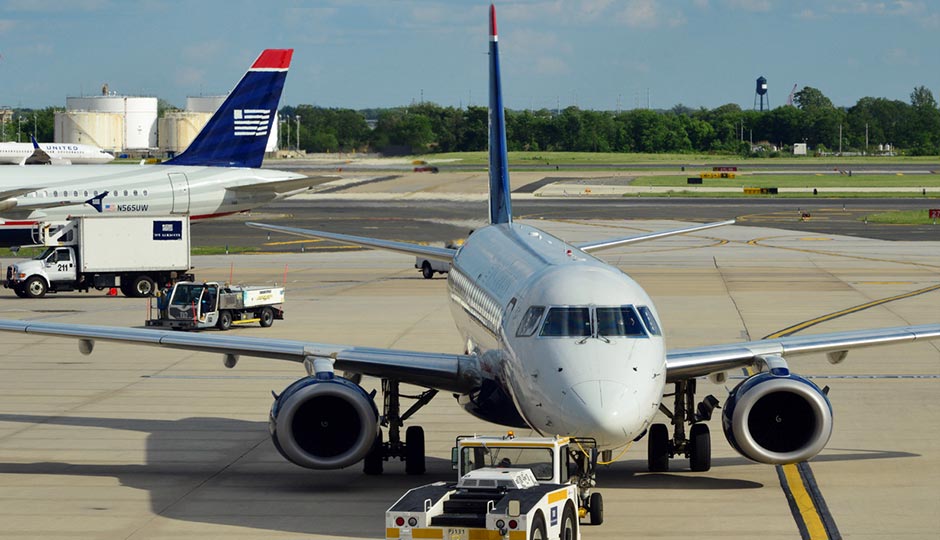 Been to the Philly airport lately? You’ll like what you see. Sure, PHL isn’t laid out as well as Charlotte, nor does it have a SkyLink like DFW or the airiness of Indianapolis. But the people running the place have made vast improvements.

The terminals are bright and food selection is varied. In fact, I highly recommend Tony Luke’s roast pork in Terminal F, although I’m always tempted by the skirt steak offered by the Hub nearby. Renovations in Terminal B — which include new restaurants, tech-friendly seating areas, and (gasp) lots and lots of more power outlets — are welcome and very much appreciated. Getting in and out of the airport has never been easier — SEPTA runs every 20 minutes, and parking, taxis, and Ubers are plentiful.

But of course things need improving. They always do. So just last week it was reported that the Committee of 70, a Philadelphia government watchdog group, is providing consulting advice to the Philadelphia International Airport that will complement the airport’s own self-review project. Among the ideas suggested are adding signs to make things more welcoming for arriving passengers, offering more customer service training for airport employees, and improving PHL’s social media communications.

Good stuff. But it’s still not addressing the airport’s biggest and most obvious problem. Pilots know exactly what this problem is. Flight attendants know it too. Frequent travelers like me (I fly three to five times a month) know it. Even American Airlines — the largest airline serving PHL — knows it: it simply takes too long to fly in or out of here. This is why our airport frequently lands on lists of the worst airports in the country.

It’s not just the TSA queues – a recurring headache that airport officials have been trying to fix by designating Terminal C as TSA Pre-Check only. It’s when you get on the plane. It’s the agonizing queues just to leave the gate, taxi to the runway, and then take off. This alone can sometimes take up to an hour, and God forbid if it’s drizzling outside. Air traffic control is too congested, flight schedules are too packed, and our aging airport – like so many other airports on the East Coast — is so busy that even a short summer thunderstorm can wreak havoc on schedules. It happens to me all the time.

But that’s not the worst of it. Even after ground stops and other routine delays, if you are lucky enough to land on time at PHL, you’ll likely sit and fume another 20 to 45 minutes (as I have on numerous occasions) while your pilot desperately battles through on-ground traffic and then repeatedly apologizes while waiting for the airlines’ ground control, marshellers, and gate attendants to get the plane parked and the doors opened. I frequently see people miss their connections – many of them international travelers. Of course, they can while away their time by learning about the 15.3 movies filmed here (I don’t really consider Mannequin to be a real movie, do you?) but I’m pretty sure they’d choose to be on their way home instead.

All of this is routine, horrible, and contributes to our airport’s poor reputation. Yet it’s resolvable, if we’re willing to make some tough choices.

Airport officials say that, because of mergers and larger aircraft, the number of annual takeoffs and landings here have actually fallen by 135,000 since 2005 and therefore a new runway isn’t necessary. Then why still the long delays on the tarmac? Why the congestion? Why the traffic jams? Clearly, the airport still has too much traffic. I’m happy that there are plans to lengthen the main runway by 1,500 feet. But a new runway needs to be put back on the table. Not to accommodate more flights, but to better handle the airport’s existing traffic.

If that’s not feasible, then why not bite the bullet and consider reducing the number of flights coming in and out? I realize that’s not a popular decision, but if you can’t handle the traffic, you can’t handle the traffic. Like many of my clients, I sometimes have to turn away work for my company when I know we don’t have the resources to do the job right. Why is PHL any different? No, I wouldn’t be thrilled with less flight selection, and I’m sure city officials don’t want to see revenue (or job) losses. But we’re trying to improve the airport, aren’t we?

If that’s too unrealistic, then how about if PHL management addresses the exasperating problem of airlines’ staffing, scheduling, and productivity? Sitting on planes and missing connections because no one shows up on time to open up the doors reflects poorly on both the airline and the airport. How about incentivizing airlines – positively or negatively – to light a fire under the butts of their ground staff (or add more staff) so that people can get on and off planes quicker? It’s an easy metric to track and enforce, and it would have an enormous impact on our experience.

I’m a fan of PHL but – no offense – I prefer to be at home. I welcome the recommendations being made by the Committee of 70 and airport officials. But let’s admit it: Recommendations to hang more signs, provide “more training,” and “improve social media” are so much easier than the hard decisions necessary to get me out of there as fast as possible.