Can Campbell Soup Co. Bounce Back From Its Revenue Slump?

The company will report quarterly sales on Thursday. As consumers opt for healthier options, analysts don’t expect much growth from the soup maker. 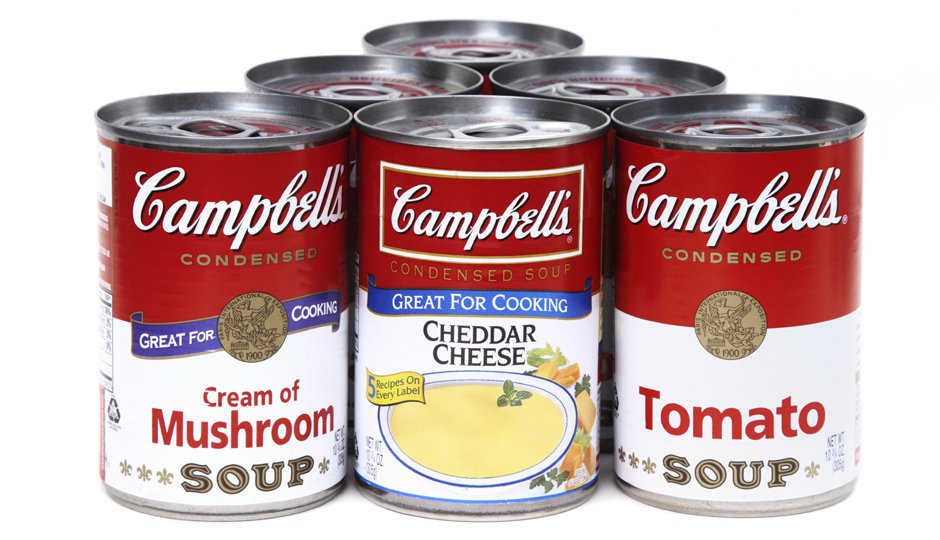 Campbell Soup Co. will report its fourth quarter results Thursday morning, and investors will be looking to see if the company can put an end to years of revenue decline.

The Camden, N.J.-based company — still the world’s biggest soup maker — has posted 10 straight quarters of declining revenue and its share price has fallen 15 percent this year, the Wall Street Journal reports. Like other processed packaged food makers, Campbell Soup must vie for the tastes of customers who want healthier and fresher foods. Consumers are now less likely to reach for Campbell Soup’s V8 line of vegetable juices or the company’s condensed broths and soups.

At the end of last quarter, when Campbell Soup Co.’s sales and profits missed estimates, the company actually raised its profit forecast for the year to $3.04-$3.09 per share from $3.00-$3.09 per share. “While trends improves as the quarter progressed, growth in March and April were insufficient to offset the earlier weakness,” Campbell Soup CEO Denise Morrison said on a post-earnings call, according to Reuters. This time around, analysts surveyed by Reuters expect the company to post a meek revenue increase from last year’s quarter—just 0.1 percent.

The company recently outlined its priorities for FY 2018, which include generating $300 million in e-commerce sales over the next five years. With Amazon slashing prices at Whole Foods, even on some best-selling organic items, Campbell is likely to feel increased pressure to adapt.

The company expects to make changes to its actual products, too. Following its $700 million acquisition of organic soup company Pacific Foods, Campbell wants all chicken in its soups to be antibiotics-free. And the cleanse will even apply to packaging. In the near future, the company expects to transition to BPA-free cans for all soup cans in the U.S. and Canada.