Here's the latest in Philly's ridesharing vs. taxis saga. 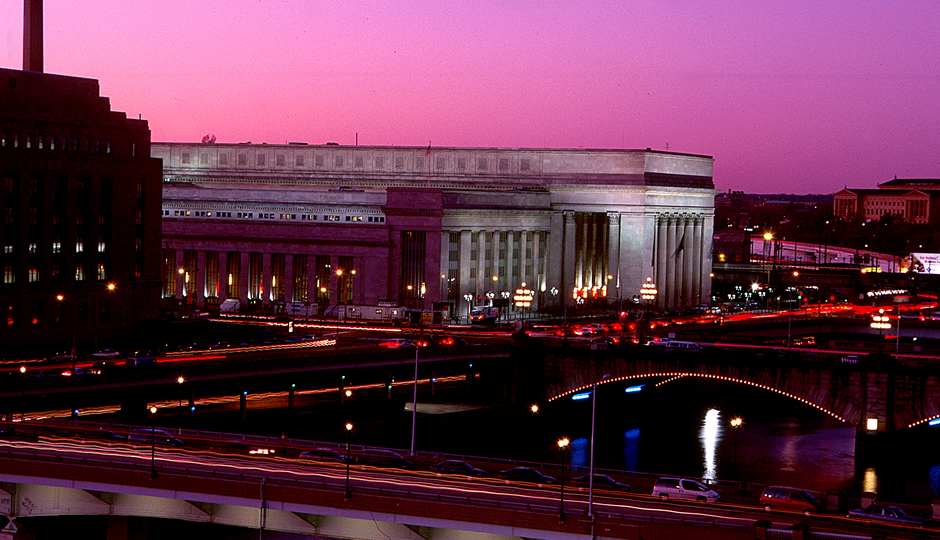 When will Philadelphia’s transportation wars end? Ridesharing services Uber and Lyft aren’t the best of friends. The taxicab industry hates them both. And the PPA is the PPA.

It must be time for Amtrak to get involved.

Following Amtrak’s announcement last week of a partnership with Lyft that will allow railway passengers to seamlessly request cars from the station at the end of their ride, the Philadelphia Business Journal reported on Wednesday that Amtrak’s 30th Street Station is among the involved locations.

As of now, the partnership simply means a new button within the Amtrak app that links directly to Lyft’s, but both have hinted that they are looking to further collaborate in the future. The move will likely boost profits for Lyft, as rides to transit stations account for up to 25 percent of the transportation network company’s (TNC) activity in major U.S. cities.

While a simple app-to-app link seems like a harmless move, concerns were raised about the legality of the partnership’s presence in Philadelphia and the responsibility of the PPA to monitor it. Act 164, signed last year by governor Tom Wolf, outlines Philly-specific limits to TNC-Amtrak relationships.

The PPA and Wolf’s office have independently confirmed the legality of the partnership at 30th Street Station, which does not violate Act 164 due to the absence of a lane at the station dedicated exclusively to TNCs.

“Currently, passengers can be dropped off anywhere around the station,” a Lyft representative told the Philadelphia Business Journal. “We do have a pick up location on the 30th street side, but that is a shared lane and not reserved for TNCs only.”

The partnership’s biggest blow, however, will be dealt to Philadelphia’s medallion cab industry. The Taxi Workers Alliance of Pennsylvania has fought long and hard to maintain a profitable and sizable taxi presence in Philadelphia. Despite a number of small victories granted to taxis by the PPA – including the June expansion of the flat-rate airport cab zone and the recent announcement of an impending two-cent rate increase – TNCs like Lyft and Uber continue to dominate the market. With the new setup at 30th Street Station approved by the PPA, the Taxi Workers Alliance will likely have its eye on the organization as the Lyft-Amtrak partnership expands in the future and continues to test the boundaries of Act 164.