The drugmaker's stock plummeted to its lowest level since 2004 on Thursday. 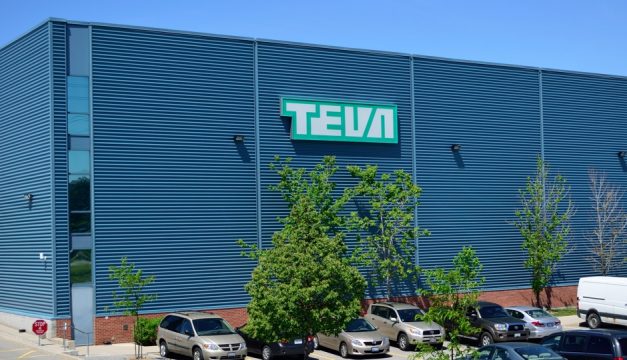 The Israel-based company, which operates its North American division out of Montgomery County headquarters, plans to close 15 plants and lay off 7,000 employees over the next two years. A little over two months ago, Teva announced that a projected 2,000 job cuts would be sufficient to keep the company afloat. How did that number grow so large so fast?

Teva has been in hot water since February, when former CEO Erez Vigodman stepped down suddenly at what was already an unsteady time for the company. A new CEO has yet to be named. The company also recently lost a big patent case for its top-selling drug Copaxone, which moved investors to call for a management changes. Teva also announced on Thursday that it cut its dividend by 75 percent — much more drastic than expected — and readjusted its forecast for 2017.

“Second quarter results were lower than we anticipated due to the performance of our U.S. Generics business and the continued deterioration in Venezuela,” stated Dr. Yitzhak Peterburg, interim president and CEO. “In our U.S. Generics business, we experienced accelerated price erosion and decreased volume mainly due to customer consolidation, greater competition as a result of an increase in generic drug approvals by the U.S. FDA, and some new product launches that were either delayed or subjected to more competition.”

A few hours after the second quarter report was released, Peterburg got on the phone with investors to outline in more detail the factors that contributed to the report’s shortcomings and to elaborate on the company’s plan moving forward. He called for “significant change” at an “accelerated pace,” but despite his reassurances, Teva’s New York stock had dropped 24 percent by the afternoon. The company hasn’t seen levels this low since 2004.

Teva has not stated if the 7,000 employees they plan to lay off include any of the roughly 2,000 workers the company employs throughout Pennsylvania.

The root cause of Teva’s woes, however, is one that won’t be so easy for big pharma to fix. Drugmakers like Teva that derive large portions of their revenue from sales of generics don’t have as much control of the market as they once did thanks to consumer-driven competition, which weighs heavily on the industry’s profit margins.

“We have seen acceleration in generic drug approval by the FDA which we expect will persist,” said Peterburg on Thursday. “This results in additional competition on our existing portfolio, further increasing price erosion and decreasing volume and negatively impacting our overall business performance and outlook for the remainder of the year.”

Teva will also cease operations in 45 countries before the end of 2017.