Ballinger and EwingCole make it into the second group of 50 in Architectural Record's annual listing of the 300 largest architectural firms in the country. Four more area firms appear in the Top 300 list. 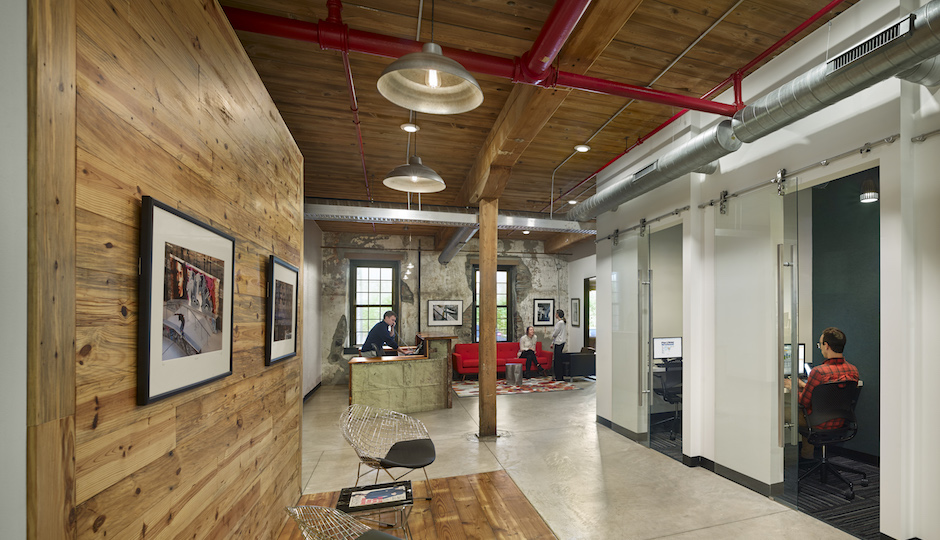 Biovid headquarters in Bristol, one of the projects of Princeton-based KSS Architects, No. 188 on this year’s Architectural Record Top 300. | Photo: Halkin Mason Photography for KSS Architects

Philadelphia is home to scores of outstanding architects. A few, like VSBA, enjoy national and international reputations for their work.

But when it comes to the amount of work they do, only six firms in this region make the ranks of the architectural heavy hitters, and only two of those six are among the 100 largest architectural firms in the country.

The other four area firms in AR’s Top 300, with their rank this year, last year, and annual revenue, are:

Several of the top 50 firms, including No. 1 Gensler, No. 2 AECOM, No. 5 HOK and No. 10 Stantec, maintain offices in Philadelphia, and as both the names that appear on the top 50 and those that don’t show up anywhere in the top 300 should indicate, size, influence, reputation and innovation are all independent variables when it comes to assessing the work of an architectural firm. As noted above, for instance, VSBA enjoys an international reputation and has produced noteworthy buildings far beyond its Manayunk home, but it is far from a large firm. At the other end, Skidmore, Owings and Merrill (No. 12, with no office here) has designed some remarkable structures, but its reputation has historically been that of a quintessentially corporate and conventional firm, while No. 39 Arquitectonica, based in Miami, has not only transformed the cityscape of its hometown but has had an enormous impact on the shape of buildings around the world with its most unconventional approach to modern design.

Thus it’s worth saluting the Philadelphia-area firms who appear in the AR Top 300, but their relatively small number is in no way a commentary on the importance or influence of the work this region’s architects do.