Using blockchain, Amino plans to rid the ad exchange of “fraud and abuse.” And it just might save the industry billions in the process. 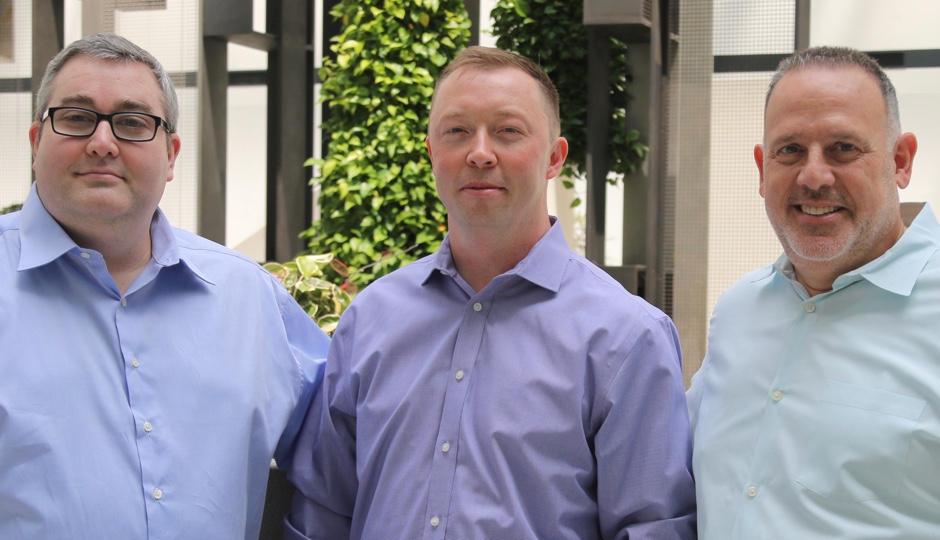 Armed with $1.85 million in seed funding and built by some of Philly’s top serial entrepreneurs, Amino Payments — Philly’s newest homegrown startup — is ready to take the adtech industry by storm.

The startup’s executive team — founder and CEO Will Luttrell, founder and executive chairman David Bookspan, and founder and SVP of engineering Chris Chapman — say they’ve built a payments solution to clean up the black market of online advertising, one that specifically addresses the billions of dollars companies lose through digital ad sales.

“About 20 percent of budgets are lost to fraud, waste and abuse online because of bad actors and bad practices,” CEO Luttrell told me.

To illustrate his point, take a look at the flashy display ad to the right of this Philly Mag article. That ad didn’t randomly land there, and Philly Mag didn’t place it there either. Instead, the company’s sell-side tech platform — an outside third party actor — is responsible. As a middleman, the sell-side platform hosts an automated auction to sell off Philly’s Mag’s ad space inventory. Advertisers looking to place an ad on the Philly Mag site simply need to enter one of these auctions with a bid. Sounds trouble-free, but not so fast says Luttrell. While display ads are all the rage — they’re a growing $36 billion-a-year industry — the space is increasingly riddled with fraud.

For one, sell-side and demand-side fraudsters may falsely claim that they have a publisher’s ad inventory to mislead advertisers. They might also even falsify the terms of an advertising contract. Instead of taking the 10 percent fee written in a contract, the platform may end up taking 15 percent through hidden fees. The Guardian sued adtech company Rubicon Project in March for example, for alleged non-disclosed buyer fees.

“All of these problems can only exist because the supply chain is opaque,” Luttrell said. “Once you make a buy or bid, or place your inventory up for a bid, everyone loses track of the money.”

Amino’s solution? A blockchain payments system that tracks the money, enforces payment terms and provides a transparent trail of where every penny ends up and with whom. Advertisers have long cried about the lack of transparency. “The saying goes, ‘I know half of my advertising is wasted, I’m just not sure which half,’” executive chairman Bookspan recalled. “Amino shows them which half,” he said.

Luttrell was exposed first-hand to the downsides of the online advertising industry in his prior role as co-founder and chief technical officer at Integral Ad Science, a New York-based digital-advertising tech and data company.

“[Amino] is a last mile solution to challenges that I was attacking there,” he said. Amino won’t compete with Integral Ad Science but will instead compliment it by tracking the flow of money with blockchain ledgers to ultimately pay out the ad sales ecosystem.

Amino’s team of 19 is already stationed at a Center City WeWork co-working space and gearing up to pilot the payments service this fall. The company raised a $1.85 million seed round led by First Round Capital when founder Josh Kopelman learned of the startup while away in California. They closed the round with Kopelman in just two weeks.

And notably, all of Amino’s investors are Philadelphians. Marketing luminary Richard Vague and Philadelphia’s StartupPHL fund have also backed the budding company. “We’re on a mission to build this in Philadelphia and keep it here,” said Luttrell, who plans to hire locally. “This is very much a Philadelphia story.”