Last Chance to See Trump Taj Mahal Is This Weekend

Demolition of the structure’s façade begins next week. You can visit to hit the liquidation sale or to take a shower like one man did. 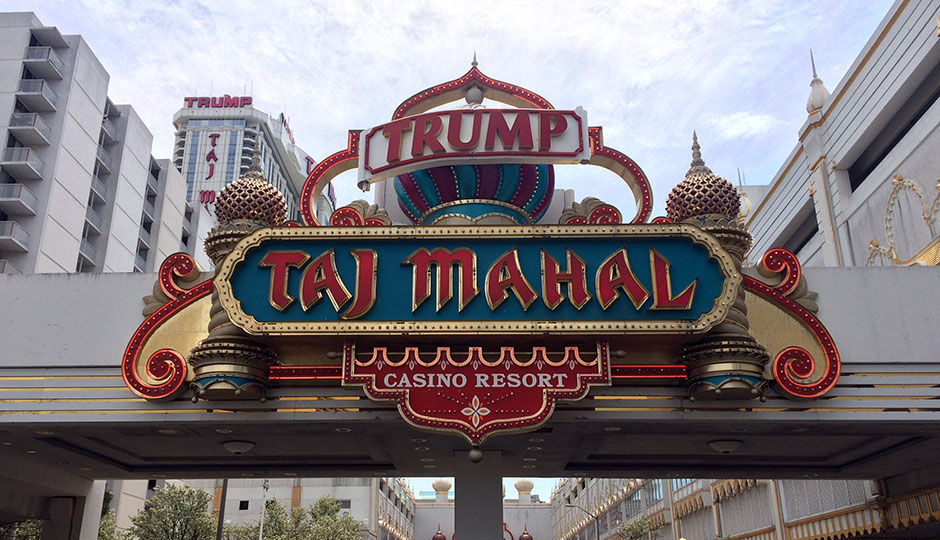 Investors behind the transformation of Atlantic City’s Trump Taj Mahal to a Hard Rock Hotel and Casino say demolition of the property’s façade is expected to begin next week.

Joseph Jingoli, CEO of New Jersey’s Jingoli Construction and an investor in the project, made the announcement during a Casino Reinvestment Development Authority (CRDA) public hearing this week. The public hearing concerned Hard Rock’s application for an Entertainment Retail District designation around the development, the Press of Atlantic City reports. According to the publication, the designation would make Hard Rock eligible for tax breaks and give the CRDA certain sales taxes and room rebates.

“This is extremely important to us,” Jingoli said. “What we’re doing is building a state of the art entertainment complex, casino and hotel and having the support of the CRDA in the Entertainment district is going to allow us to do more to the project.”

While investors move to demolish the iconic face of the structure, a liquidation sale of the property’s interior has been underway since last week. Visitors lined up for items like irons, pianos, chairs and chandeliers.

One visitor, Dave Cipollini, even opted for a shower in what used to be the most expensive room int he hotel. He told NJTV News, “I mean, it’s a liquidation sale. They’re giving us a sample, so I wanted to see how the shower was. I thought maybe I could get a free shower. Also because I have cold water at my house right now. So this is a nice way to cool down and get a nice little hot shower.”

Hard Rock International plans to spend $500 million to renovate and rebrand the property, which Donald Trump once called “the eight wonder of the world.” The property is expected to open by Memorial Day next year.