He took over in 2008 and will be succeeded by Tim Buckley, the company’s chief investment officer. 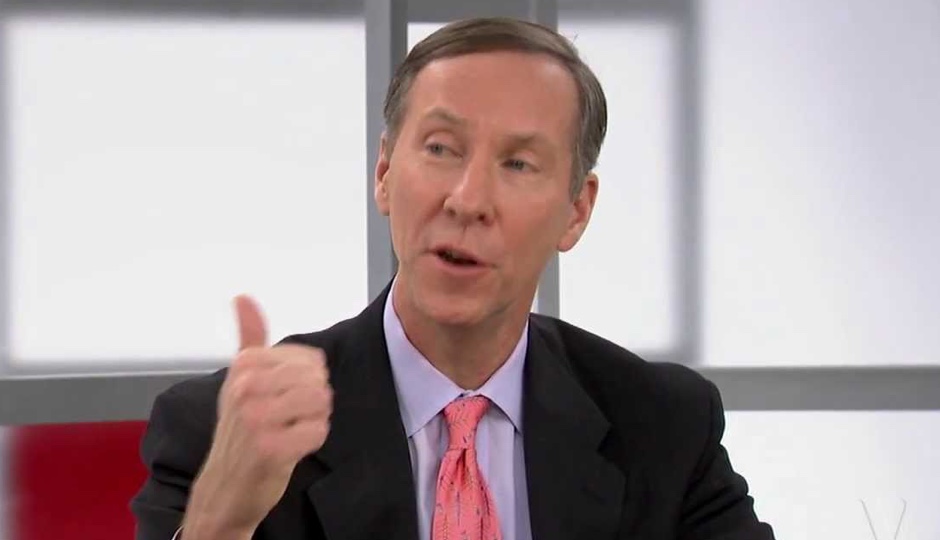 On Thursday, Vanguard announced that William McNabb will be replaced as CEO by the company’s chief investment officer, Tim Buckley, who’ll take over on January 1.

McNabb, 60, has served as Vanguard’s CEO since 2008 and has since tripled the company in size, making it the world’s second largest investment manager, with around $4.4 trillion in assets. Vanguard currently offers 369 funds to more than 20 million investors worldwide. McNabb will remain as chairman of the board, a role he assumed in 2009.

“As the firm continues to grow, evolve, and expand globally, it is the right time for a new leader and the Board is unanimous in its belief that Tim Buckley is the ideal next chief executive for Vanguard,” McNabb said.

Buckley, 48, will become Vanguard’s fourth CEO since it was founded in 1975. He joined the company in 1991 as an assistant to then chairman John C. Bogle and has been CIO since 2013. Before that he held senior leadership roles in two divisions, including as chief information officer and head of Vanguard’s Info Tech division from 2001 to 2006, and head of Vanguard Retail Investor Group from 2006 to 2012. He was elected as a principal of the firm in 1998. McNabb says Buckley brings “a strong passion for serving Vanguard clients and crew,” a “global mindset,” and “significant leadership experience.”

The Malvern-based company received a lot of attention in 2016, when it managed to collect a record $323 billion last year, according to Bloomberg, as investors embraced its signature low-cost index funds. In an interview with Bloomberg on Thursday, Buckley said, “I love that everyone is following us. We are here to change the way people invest and we are taking that beyond the boarders of any one country.”

McNabb isn’t expected to change the focus of the company, the Wall Street Journal reports [paywall], but as competitors move to match the company in price, he’ll face more challenges. He’ll focus on expanding Vanguard’s profile overseas, attracting more money to a relatively-new financial-advisory service, and improving customer service as the company continues to rapidly grow.

“Vanguard’s mutual structure and client-focused culture serve as the foundation for everything we do, and I am honored to lead this great organization into its next chapter,” said Buckley in a statement. “Thanks to Bill’s strong leadership over the past ten years, Vanguard is well-positioned to continue helping clients achieve investment success. I look forward to continuing to work closely with Bill over the next six months as I transition to my new role.”