Shoppers Rejoice: Instacart Will Bring You Same-Day Delivery From Giant

The on-demand service keeps expanding in Philly, with Giant as its 12th partner in the region. But could the massive Amazon-Whole Foods deal announced on Friday spell trouble for the startup’s Philly setup? 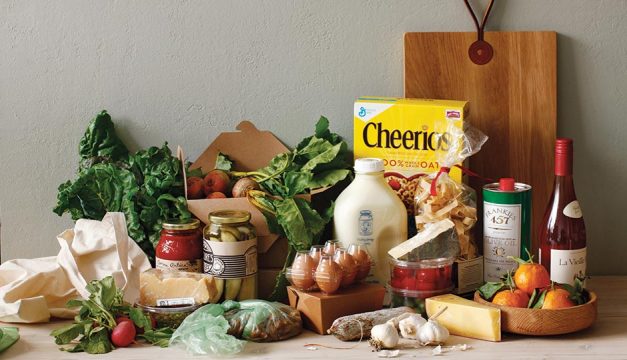 $114.99 in groceries from Instacart. Photograph by Jason Varney

Instacart, the San Fransisco-based on-demand grocery delivery service, has announced that it will be expanding its services in Philadelphia, with a new Giant Food Stores partnership.

Giant operates 184 grocery stores throughout Pennsylvania, Maryland, Virginia, and West Virginia, with a strong presence in the Greater Philadelphia area. Instacart promises to deliver your groceries from the chain within the hour for a delivery fee of $7.99, and it’s fee is just $5.99 for deliveries made in two hours or more, including those that are scheduled.

Instacart first arrived in Philly in February of 2014, and has established partnerships with a variety of vendors, including Whole Foods and Reading Terminal Market. Back in early 2016, Philadelphians were dismayed when the service stopped delivering alcohol in the city, but Instacart is confident that its Giant partnership can win them a larger customer base in the area.

“Giant is loved by its customers, and we believe Philadelphia residents will enjoy the added convenience, not to mention having one less errand to run.”, said Instacart chief business officer Nilam Ganenthiran.

Giant will continue its standing partnership with Peapod, a service similar to Instacart that is generally utilized by an older demographic. Peapod’s quickest delivery option guarantees that groceries will arrive the next day.

On Friday, Amazon announced that it will acquire Whole Foods for $13.7 billion, a move that some speculate could lead to Instacart’s demise. Whole Foods invested in the startup for an undisclosed amount last year, and the new massive deal will either set Amazon up as (even more of) a competitor or potential acquirer of the startup.

Instacart’s services are available both online or through their app. A launch date for the Giant deliveries has not been announced.