Council members voted to oppose what they say is a damaging piece of the governor’s budget proposal. 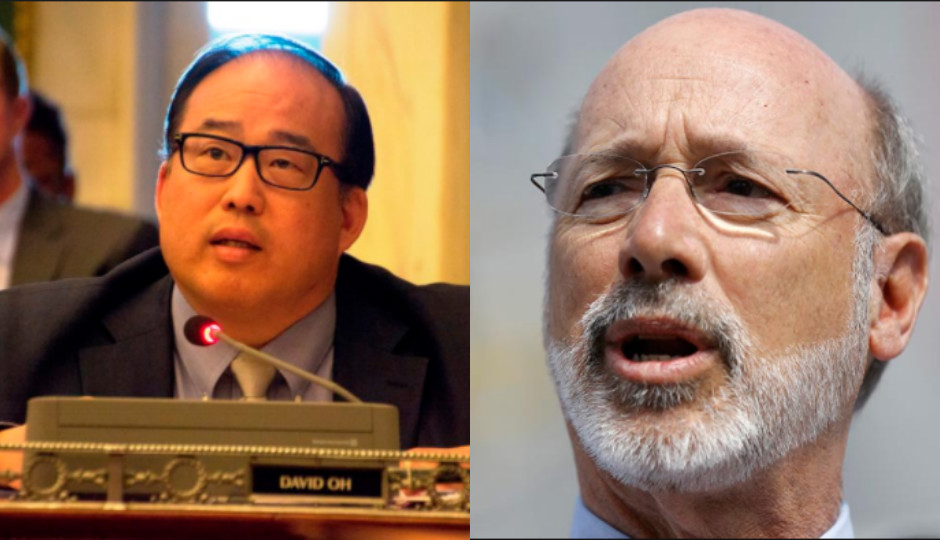 Since Governor Wolf proposed the reinstatement of the “tech tax” in his Pennsylvania budget proposal, tech leaders across Philadelphia have rallied against it, and on Thursday, City Council members voted 9-7 in favor of a bill that expresses opposition to the tax.

“People understand that the proposed tax would be very harmful to the economy in Philadelphia,” Oh told me as he listed off developments like Comcast’s new technology tower that would stand to be affected. “Tech-related fields and consulting are a booming part of Philadelphia. They’ve created a lot of jobs, excitement and opportunities.”

Governor Wolf proposed the tech tax or computer services tax — a 6 percent levy on software development and consulting firms — to help close a $3 billion deficit in the state budget. Only four other states have a tech tax, which was originally passed in Pennsylvania in 1991 but repealed shortly after, when the tech industry protested that it was inhibiting job growth.

“Council members voted in favor of technology and innovation in Philadelphia,” Miller said, just two days he rallied with statewide partners against the tax in Harrisburg. “What Wolf has proposed is a jobs and innovation killing tax, and a majority of Council, a Democrat controlled City Council, went against partisan lines to show that Philly isn’t interested in this tax.”

There’s no doubt the vote was close. In fact it’s the Council’s closest vote this session, a sign it’s election year but also a sign that the tech community is only just beginning to take precedence in the minds of city leaders, Oh said.

“This shows that while people may acknowledge and appreciate the tech community, it has not really risen to the level where it is that clear. It’s a matter of priorities,” said Oh.

Councilman At-large Bill Greenlee voted against the bill and said it was simply a matter of fairness. “This tax is a part of Governor Wolf’s budget, and I don’t think it’s appropriate for us to take one piece of it and take a position,” he said. “My vote against the bill isn’t an opinion on the tax itself but reflective of the fact that we should not be in this right now.”

Governor Wolf must get the budget passed by June 30th, and until then, Oh, Miller and other tech community members say they’ll continue to advocate against it.

“Some people will say the resolution is meaningless, but I say it’s important,” said Oh. “As a very strong Democrat city, we’re sending this resolution to our Democrat governor in Harrisburg and letting him know that this hurts us.”