Penn Unveils Plans for $1.5 Billion “Hospital of the Future”

The development — the costliest in the school's history — will feature amenities like hybrid rooms and "telemedicine" functionality. 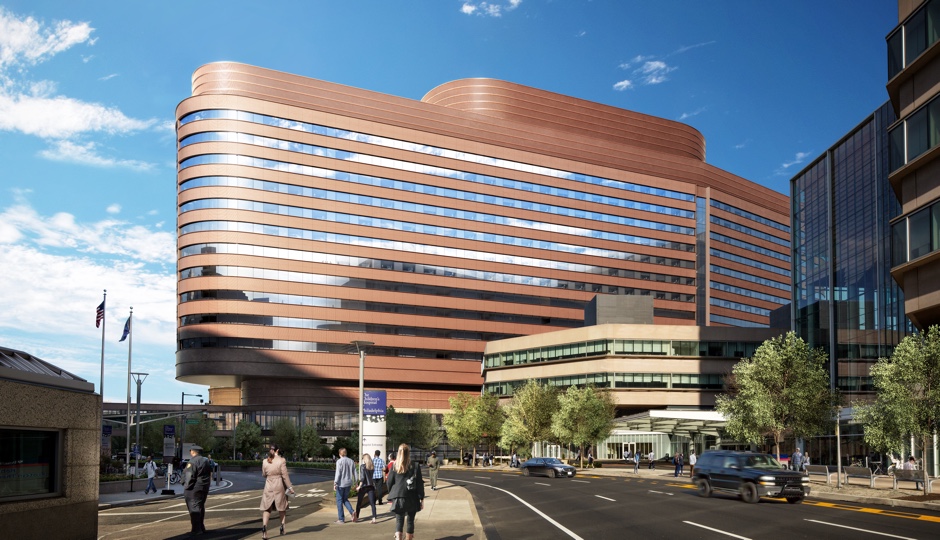 In 2021, Philadelphia’s hospital landscape will look dramatically different with the introduction of a brand new hospital. The University of Pennsylvania announced on Wednesday plans to erect “The Pavilion,” a $1.5 billion hospital on Penn Medicine’s West Philadelphia campus.

Penn says the ambitious project, the most expensive development in its history, is a bold response to impending health care challenges lurking in the future.

“This is the hospital that will define America’s best medicine for generations to come,” said Penn president Amy Gutmann. “This building will be transformational, serving as the flagship facility for Penn Medicine and setting a new standard for modern health care delivery across the nation.”

And just how will the hospital live up to Gutmann’s tall order?

The 1.5 million-square-foot 17-story facility, to be built on the site of the now-demolished Penn Tower, will include 500 private patient rooms and 47 operating rooms. The patient rooms will be adaptable according to a patient’s needs. Medical professionals can transition the room from an intensive care unit layout to a standard room for patient recovery. 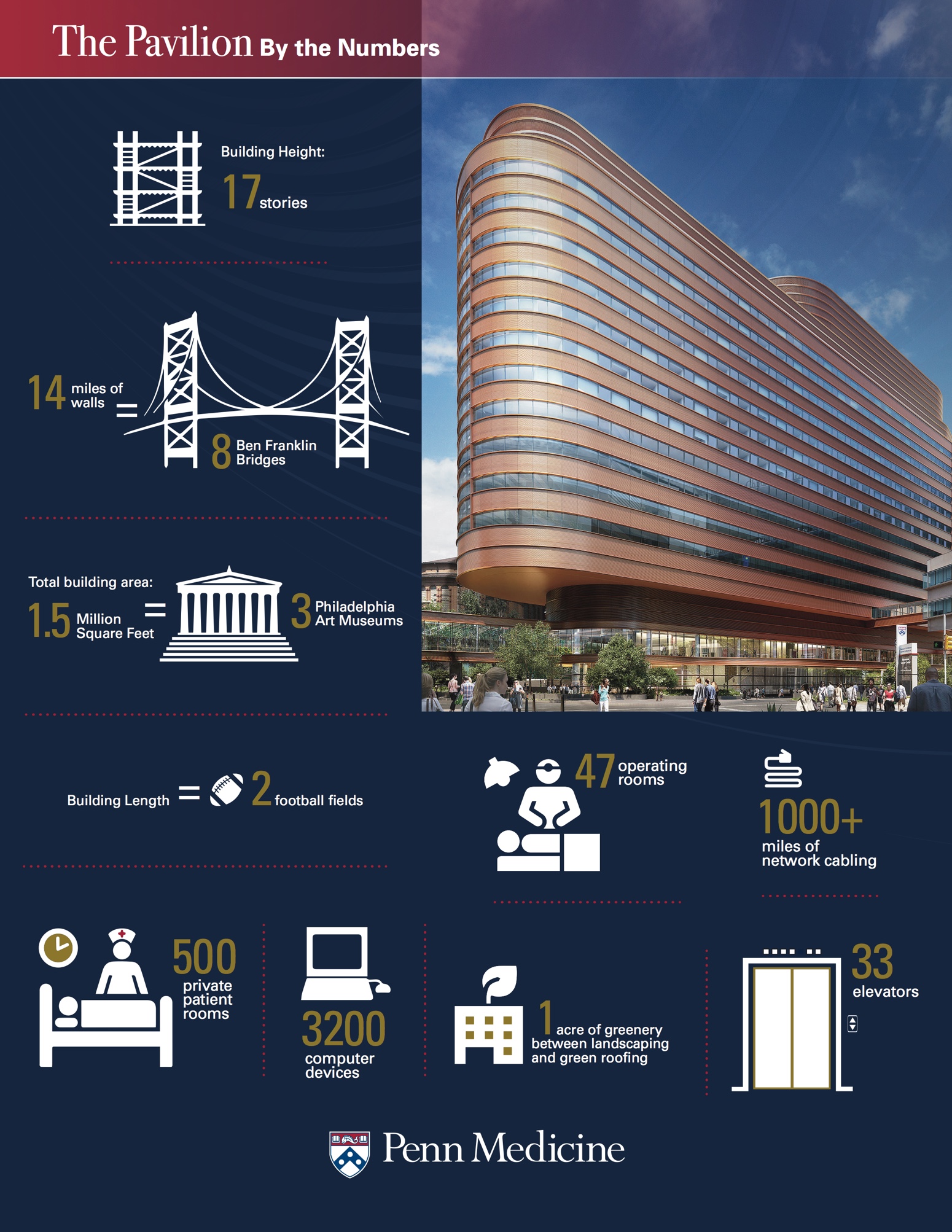 The emergency department and The Pavilion’s hybrid operating rooms used for surgeries and “high-tech interventional procedures,” will be enhanced by technology that bolsters medical team collaboration. Tech will also power what Penn calls “telemedicine functionality,” the ability to connect patients to their care teams, friends and families at all times.

“We’re building a hospital that will allow us to deliver the very best care the 21st century can offer patients — but we’re also ‘future-proofing’ it to ensure that we can quickly and seamlessly adapt what we do to help our patients in the coming decades,” said J. Larry Jameson, dean of the Perelman School of Medicine at the University of Pennsylvania and executive vice president of the University for the Health System.

In 2015 Penn announced that international architect Foster+Partners would lead the design of the project. The firm has since been joined by global healthcare design firm HDR and consulting engineers BR+A. Construction management companies L.F. Driscoll and Balfour Beatty are also part of the integrated project delivery team. Penn says the construction will be eco-friendly, delivering on Penn’s commitment to the environment through LEED certification with features like outdoor green spaces, water re-use and 100 percent outside air. The school says the design is the product of input from Penn’s community including Penn Medicine staff, patients, and families.

As it currently stands, Penn Medicine, comprised of the Perelman School of Medicine and the University of Pennsylvania, is a $6.7 billion system that sits amongst the nation’s top medical institutions.