Josh Kopelman on Being a VC: Luck Plays a Big Role

And more takeaways from the Philly Tech Week fireside chat with the First Round Capital partner. 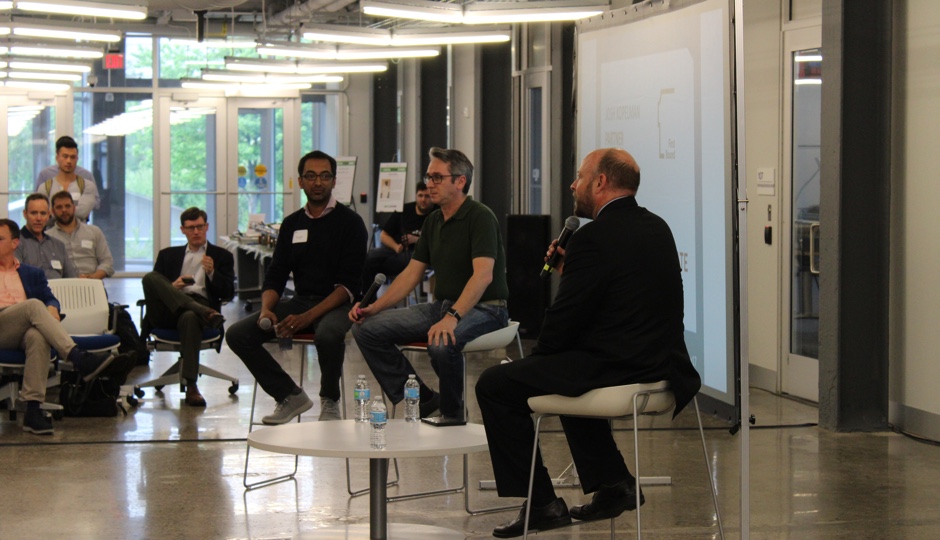 Monday night, Philadelphia’s entrepreneurship community got treated to a refreshingly honest discussion as part of Philly Tech Week 2017 about the emotional and hopeful journey of being both a successful entrepreneur and a successful venture capital investor.

The panel discussion was convened by the Penn Center for Innovation (PCI) in partnership with PACT at the Pennovation Center, Penn’s new incubation and startup space that opened last fall. The space serves as a very visible symbol of the university’s focus on contributing to Philadelphia as a center for tech innovation and startups.

Both Kopelman and Gupta provided some compelling insight for the standing-room-only crowd of mostly entrepreneurs and investors. Here are some of the key takeaways from the talk:

Kopelman on what he looks for in a founder: Entrepreneurs who are “heat seeking missiles” when starting a company, those who can “adjust course” on the way are more likely to get backed by Kopelman. He backed Curalate because Gupta demonstrated that he could collect feedback and change course accordingly, an essential skill for any entrepreneur who wants to be successful. Kopelman also likes founders who “know what they don’t know,” believe in their vision, and deliver a compelling narrative.

Gupta on being a startup founder: Your job as a founder is to figure out the “handful of essential reasons why” your business should succeed, according to Gupta, and focus on those reasons though it’s hard to do so in disruptive businesses. Gupta said it’s essential to figure out what “advice you should take” as different stakeholders bombard you with different perspectives.

Kopelman on what companies to invest in: Most great companies start out with a “contrarian insight,” Kopelman said. As a VC, he wants companies who are going to work, and it is hard to validate a startup pursuing a “contrarian insight” as there are no comparables in terms of competition or business models. Most startups seeking investment fall into three categories, Kopelman said: 1) those you know are likely to succeed 2) those you know are likely to fail and 3) those in the middle, which are very hard to assess. Because of that final category, Kopelman has a long “coulda-shoulda-woulda” list, the investments that First Round passed on including Airbnb, Pinterest, Zynga and Allbirds. Allbirds, founded by Wharton grads is the sneaker of choice for Silicon Valley and both Kopelman and Gupta wore a pair Monday night. Being a VC is a humbling business, Kopelman said — luck plays a much larger role than anyone really wants to admit.

Gupta on the most important decision he’s made: Choosing his co-founder was the most important decision Gupta’s on his entrepreneurial journey. The ability to partner closely with someone during a challenging entrepreneurial journey is very helpful, he said. Bringing complementary skillsets to the table and “respecting each other’s skillsets” is a really big bonus for the co-founder.

Kopelman on when to start a company: Start a company when you have a great idea, Kopelman recommends. The idea that you should take six months to find a great idea and then decide to start a company based on that timeline is not a good way to scope your process. Kopelman started the Dorm Room Fund at First Round, which is now in four cities including Philadelphia, because he also believes in the power of student ideas and startups.

Kopelman and Gupta on their hopes for Philadelphia: Unlike Warby Parker, another First Round portfolio company founded by Wharton grads, Curalate remains in Philadelphia. Both leaders hope that Curalate can do for Philadelphia what PayPal did for Silicon Valley: have a very successful exit, which enables the founding team to move on to create the next dozen great startups here.