Here’s what that means for the company and for Philadelphia. 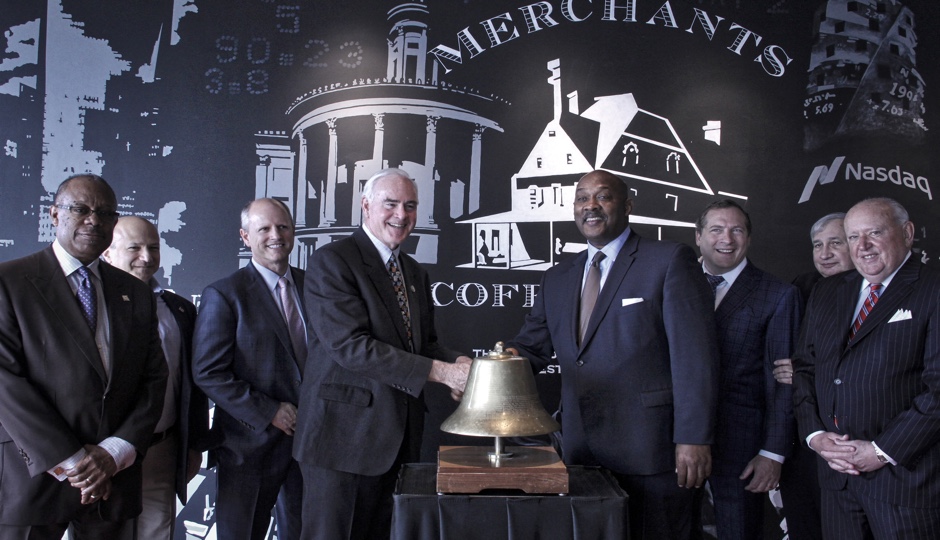 Nasdaq’s futures and options trading market, previously housed at 1900 Market Street by way of the Philadelphia Stock Exchange, is now in the FMC Tower. But the move across the river is more than just a relocation, the exchange says.

According to Kennedy, options trading has driven the growth of the Philadelphia exchange for the last 30 years. And since being acquired by Nasdaq in 2008, the options market has become the exchange’s bread and butter. In 2016, Nasdaq completed its $1.1 billion acquisition of the International Securities Exchange. “We took that acquisition and bought it right into the fold of Philadelphia,” Kennedy said. PHLX now controls about 42 percent of the county’s options market and sees an opportunity for even more growth in the options space.

It’s the perfect time to hire more people in Philadelphia, Kennedy said. The office is multi-faceted. It facilitates large institutional trade on the floor and manages futures, options and stock exchanges. 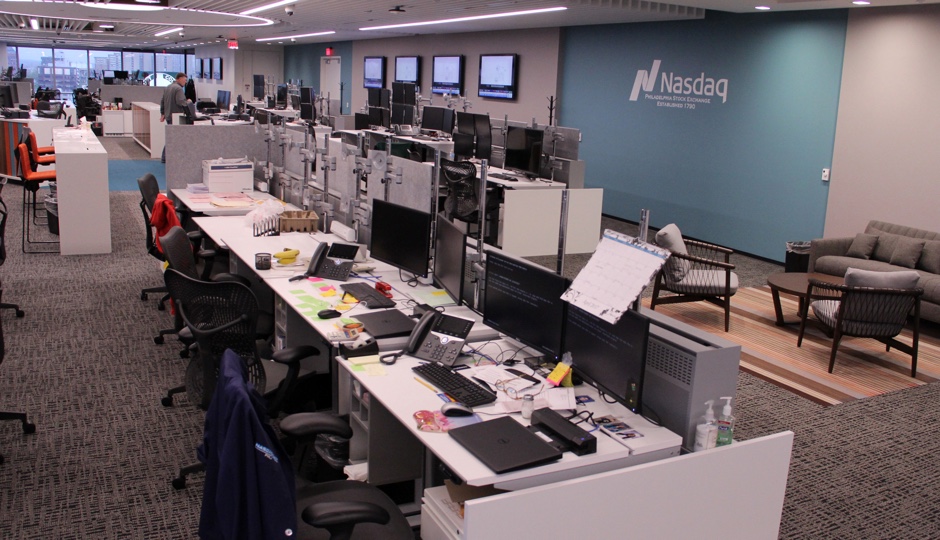 The exchange is particularly looking to bring on talent from Philly universities and the tech community, those who can bolster the company’s fintech edge in machine intelligence, the cloud, and blockchain. “We spend a tremendous amount in our entire infrastructure here to have the best technology, and Nasdaq’s infrastructure is regarded as the best tech for matching buyers and sellers. Speed is essential and stability is essential,” Kennedy said.

He added: “We need really smart people. We are competing with all of those tech companies, whether it’s Apple or Google or hundreds of others, for good people.”

The new location is also bringing Nasdaq PHLX out from the shadows. The old Philadelphia stock exchange was founded in 1790 and was the oldest in the country, but it was relatively independent of the city. “If you were to go up to twenty people on the street and ask them if we have a Philadelphia Stock Exchange, four of them would say yes,” Kennedy said, “We trying to be more active in the city.”

And the city and state’s been supportive, said Kennedy. Last year, Governor Wolf and other officials touted Nasdaq’s decision to open the new state-of-the-art trading floor. The company will also be able to take advantage of some Keystone Opportunity Zone incentives, mainly tax breaks, at the new location.

“We’ve been here since 1790, and we’re only getting stronger,” Kennedy said. 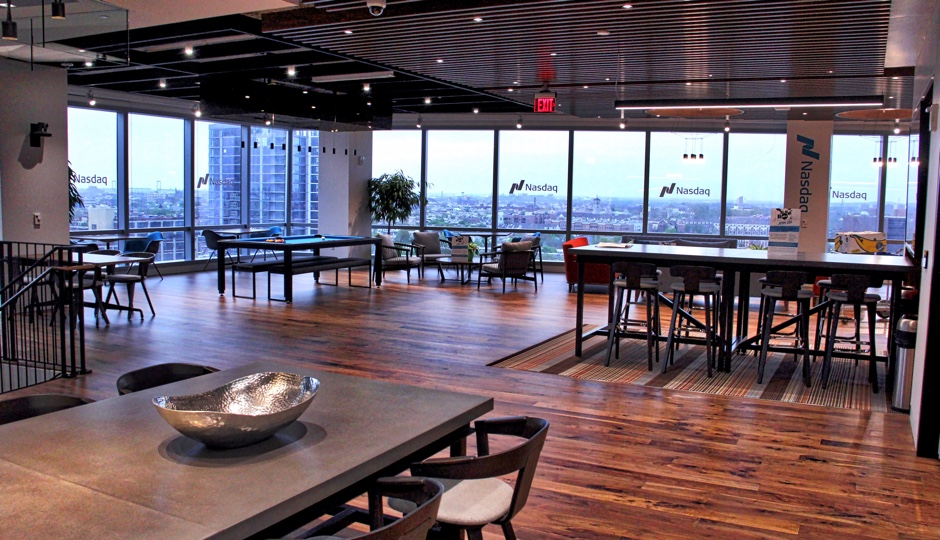