How We Built It: TheSkimm Founders Carly Zakin and Danielle Weisberg

The wildly successful media startup has Philly roots. Here the young entrepreneurs share how they built the must-read newsletter and how they keep it fresh. 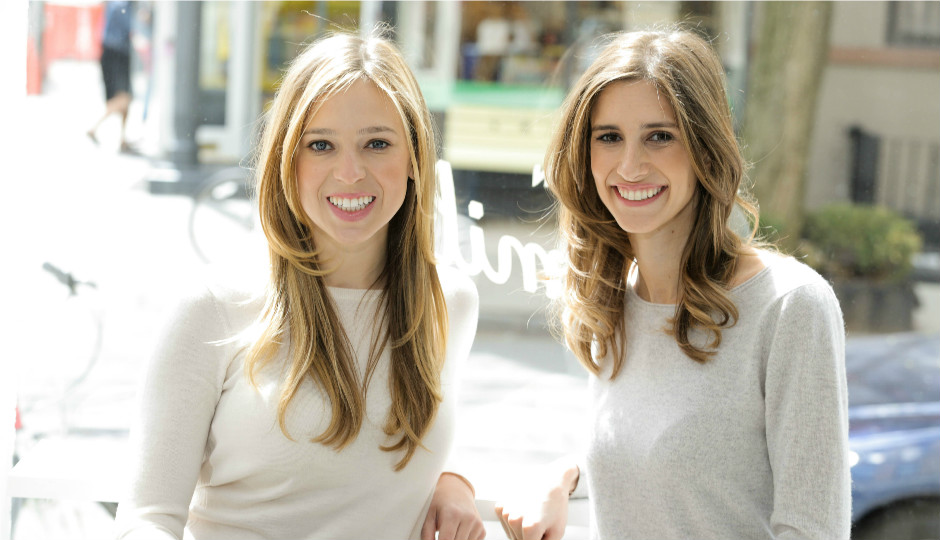 Carly Zakin and Danielle Weisberg were roommates and news producers at NBC when they sent out their first e-mail newsletter to a small group of family members and friends. Now just five years later, about 5 million young professionals across the globe get theSkimm delivered to their in-boxes at 6 a.m. The daily newsletter is now a must-read for millennials who want to stay informed on the most pressing news. The founders, both 30, have managed to raise more than $16 million from investors like 21st Century Fox and The New York Times. Even celebrities like Chelsea Handler and Law and Order’s Mariska Hargity have backed the startup. And we’re happy to say that theSkimm has Philly roots. The duo made a trip to Philly last week to visit an alma mater and talked to Biz Philly about their booming operation. Zakin and Weisberg have some insight for Philly innovators. They tell us what it’s like to run a business with a bestie and how they hooked the coveted millennial audience in the age of “fake news.”

What’s theSkimm’s connection to Philadelphia?
Carly went to Penn and when we first launched theSkimm, it was one of the first schools we visited to get the word out. We wore Skimm swag on campus and tabled on Locust Walk. Grassroots growth is the heart and soul of theSkimm, and something we have a whole team dedicated to today.

The two of you sent out your first daily newsletter in July 2012. Now theSkimm has more than 40 staffers and a subscriber base of more than 5 million. What’s been the company’s main scaling strategy?

theSkimm remains focused on our core audience — female millennials. As our company has grown, all of our new products and platforms incorporate theSkimm voice and integrate into the existing routines of this demographic.

As NBC News producers, we knew our friends were not watching what we were producing every day. We saw a void in the marketplace for news that fit into the routines of this demographic. This is core to our strategy – whether it’s delivering news via email or their calendars – we’re meeting this audience where they are.

How has theSkimm adapted in light of the “fake news” and “alternative facts” rhetoric that’s captured the American public and media?
We launched theSkimm’s No Excuses platform around the 2016 election to ensure our audience felt informed and successfully registered more than 110,000 people to vote. This year, we’re tackling key issues driving the national conversation like immigration, healthcare, and climate change.

How does theSkimm remain unbiased in a time of extreme partisan politics?
theSkimm’s mission is to make it easier to be smarter. We tell it like it is, and want to make sure our audience knows what both sides of the aisle have to say. Our best days are when we get an email from a reader calling us conservative and then another calling us liberal in response to the same story.

How did the two of you fight past the idea that “email is dead”?
We did hear this a lot in the beginning. The funny thing is, people would email that feedback to us. It seemed a no-brainer. Plus, the barrier to entry was low.

Accessing capital remains a big issue for entrepreneurs in Philadelphia. What was theSkimm’s strategy for raising funds?
In the early days, we took a lot of meetings, and we heard ‘no’ a lot. We learned the importance of finding and working with investors that understood our company vision.

What’s a challenge the two of you feel like you’re currently up against?
Managing is never easy. When we started theSkimm, we were first time managers (if you don’t count interns). We now have over 40 employees, and the learning curve changes with every growth stage.

What are some pros and cons of running a startup with your best friend and former roommate?
Living together allowed us to throw ourselves into our work completely. We had a lot of honest conversations and fed off each other’s drive. Going into business cemented our bond – we became family, and our families became family.

Do you both have self-care routines? How do the two of you relax and stay grounded?
Yes. We literally schedule personal time into our days. If we don’t make a conscious effort to carve out the time, something else will always fill it. We’ve learned to prioritize this and encourage our team to do the same.

What’s your best advice for millennial women looking to take entrepreneurial risks?
Network! It’s a key to success in any industry. Take any meeting you can get and make sure you know how to use the time you’ve been given.