Miriam Enriquez, director of Philadelphia’s Office of Immigrant Affairs, says behind every immigrant business is an inspiring story. 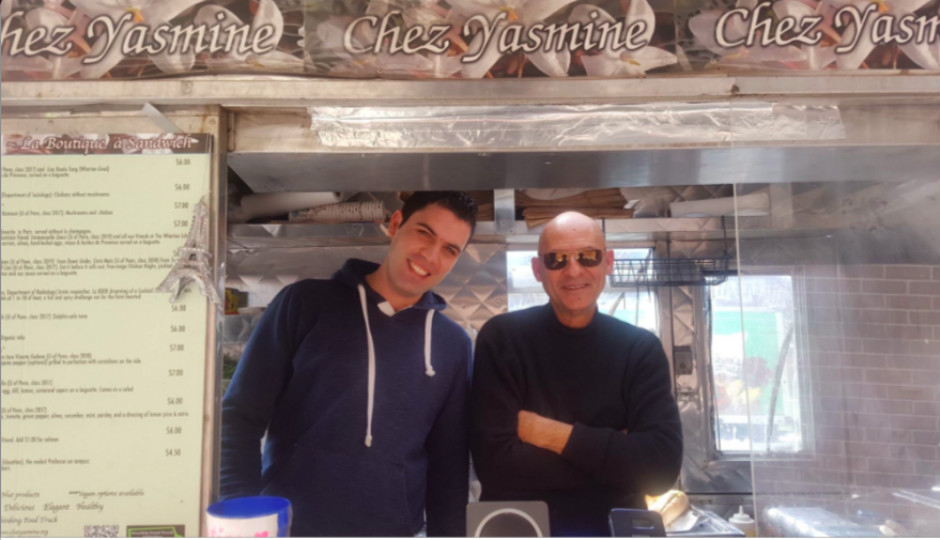 Chez Yasmine food truck was in the spotlight during the city’s first Immigrant Business Week. Image via Twitter.

This week Philadelphia hosted its inaugural Immigrant Business Week, to celebrate the vast contributions of the city’s immigrant businesspeople. The joint effort on the part of the Department of Commerce, the Office of Immigrant Affairs, and the nonpartisan organization, New American Economy (which recently released a report about the impact of Philly’s immigrants), was also an opportunity to connect immigrants in business to more of the city’s resources.

Mayor Kenney kicked off the week to explain that despite threats from the federal government to strip funding from Sanctuary Cities like Philadelphia, the city wouldn’t alter its policies. The Mayor thanked the immigrant community for choosing Philadelphia as a place to live and highlighted how they sustain the local economy.

In this interview, Miriam Enriquez, director of the city’s Office of Immigrant Affairs, shares what she’s gleaned from the city’s first Immigrant Business Week.

What’s one thing you’ve taken away from Philly’s inaugural Immigrant Business Week?
People want to support Philly’s immigrant community. The amount of overwhelming support has been amazing. People have come out to show support in ways we could never imagine, especially at a time where there is a much uncertainty and negativity at the national level. And the response from participants and those in the immigrant small business community has also been incredible – they want to learn more and be able to support this community of businesses that have done so much for Philadelphia. And the attendance at some of the workshops and information sessions have only helped to energize our community into thinking of starting a business, and at the very least exposing them to the many resources the City and our partners have to offer.

What were some immigrant-owned businesses in the spotlight this week and why should Philadelphians know about them?
Food trucks and food carts have served as a creative pathway for many immigrants to create employment and revenue-generating opportunities. This week we celebrated the entrepreneurial spirit and cuisine of 5 immigrant-owned food trucks and food carts: Chez Yasmine, Foo Truck, Delicias, El Sarape, and Phoebe’s Barbecue. Philadelphia should know about them because they all serve delicious food and that’s something we can all get behind! But also, and more importantly, because there is a story behind every immigrant small business, which can inspire others in our city to start a business.

The city’s language access plans are attempting to address those issues. The Department of Commerce, is developing an immigrant business strategy that will not only work to increase language accessibility by translating more documents, but also increasing outreach to the immigrant community. One of the tools they are already employing is global business hours, which are free bilingual consulting sessions that Commerce conducts in partnership with SCORE to assist non-English speakers.

What’s something the average Philadelphian might not know about Philly immigrants and their businesses?
Immigrant businesses are not just for one community! People frequently think that certain businesses are only for people from that particular country or culture, but that is not the case. The welcoming nature of our city goes both ways. Furthermore, these businesses are creating jobs and contributing to our city’s tax base.

What’s the connection between immigrant businesses in Philly and the city’s economic development?
Immigrants have significantly contributed to the reversal of a 50-year population decline, and they are starting businesses and joining the workforce. We have seen, both through research and anecdotally that immigrants are driving development in our city. Philadelphia’s immigrants have contributed significantly to the growth of small businesses – 96% of “Main Street” small business growth from 2000 to 2013. These businesses help to make neighborhoods and commercial corridors safer and more attractive places to work and live. In Chinatown alone, the Department of Commerce has worked with more than 10 new businesses that opened in 2016. The Greater Philadelphia Chamber of Commerce noted in their 2015 Roadmap for Growth that since 2000, immigrants have been responsible for 75% of our workforce growth – that’s more money going into the local economy and into our tax base. Philadelphia is a leader in attracting, retaining and including immigrants, and we have shown the positive economic and social impacts of being a welcoming city.

What’s something every Philadelphian can do to support an immigrant business?
They can spread the word about the immigrant businesses they know of. Often, we realize, it’s about getting past that first introduction. Many are afraid to visit a new restaurant or business, but once they are exposed and realize how welcoming some of these businesses are, that language or cultural barrier is gone and opens many more doors across the city.