Boeing Is Asking Pa. for $30M to Boost Delco Factory

The redevelopment funds could help the company land a big military contract. 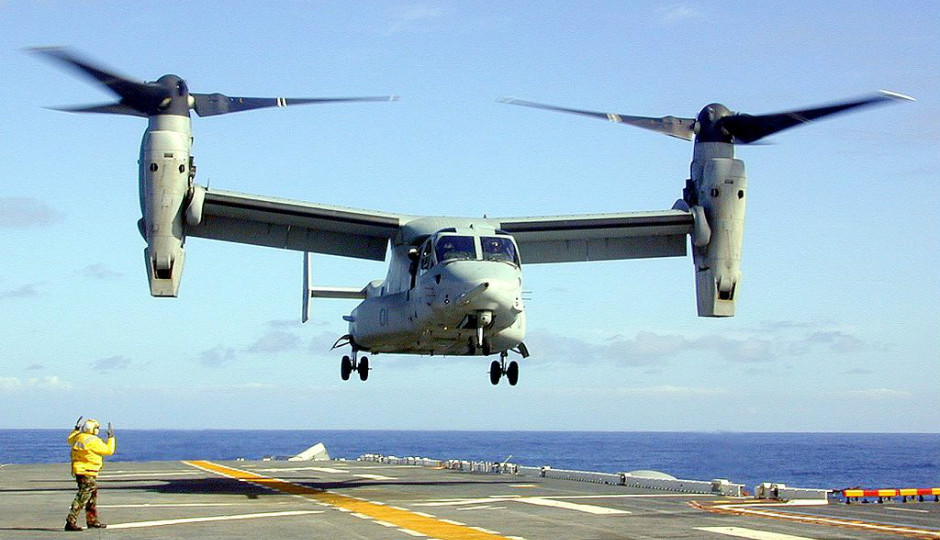 The Boeing V-22 Osprey, one of the Delco plant’s products. Image via Wikimedia Commons.

Boeing is sending out an S.O.S. Last week, after Trump announced his budget proposal, Boeing workers at Delaware County’s Ridley Park manufacturing plant grew concerned that they might lose their jobs. Trump’s budget called for the production of a military aircraft produced in Boeing’s Arizona factory. Now the company is seeking a state grant to refashion a vacant industrial building at the Boeing Philadelphia complex, the Inquirer reports.

They’ve applied for exactly $30 million in state funding for the $64.9 million redevelopment project, that would transform the 23,000 space into an aircraft-modification workshop. If they don’t receive the funds the location might “be overlooked for a lucrative, job-sustaining military contract,” according to the application.

And Boeing says the new facility would create significant new employment over the next 10-20 years and sustain about 450 jobs, according to the Inquirer, in addition to the $135 million in annual economic impact that the Ridley plant already generates for the state.

Workers at the Philadelphia plant produce the V-22 Osprey and CH-47 Chinook, two military aircrafts, but orders of the Osprey have dwindled due to cost and other issues, the Inquirer said. As a result, the plant has dismissed about 400 workers since 2015 through layoffs and buyouts.

Boeing spokesperson Cindy Anderson told the Inquirer that the company is making other modifications to boost V-22 Osprey program and save jobs.