The media powerhouse explains why he built Philly’s emerging online media platform and where it’s headed. He also gives us his workout routine and what he looks for in a show host. 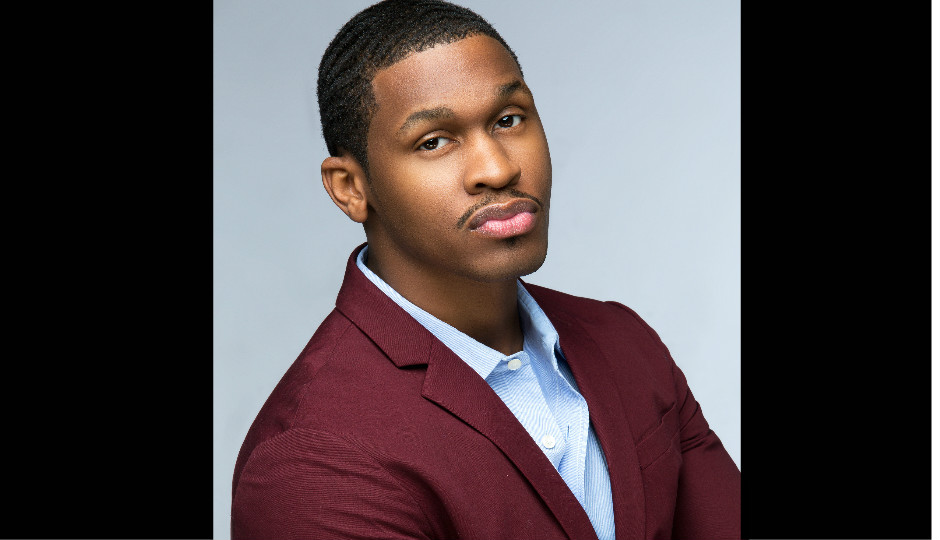 Since launching in July 2015, MyNEWPhilly has carved out a young loyal audience that’s hungry for the online platform’s live feeds and 3-minute videos. From food and dating to sports and entertainment, the growing team seems to cover nearly every corner of the city, but you won’t find reports about Philly’s crime rate or poverty on MyNEWPhilly’s Instagram feed or Youtube channel. And that’s intentional. The platform’s founder and CEO, Philly native Kyree Terrell, tells us why he founded MyNEWPhilly (with pretty much no outside investments) and why he’s certain it’ll continue to rise. He also tells us how he works out, and if you’re looking to become a MyNEWPhilly face, read on to learn what Terrell looks for in a candidate.

I grew up … all around Philadelphia. I lived in the foster care system growing up. I had many different family experiences from Indian folks to black folks to group homes.

I left the foster care system when I was … 17. I moved into independent living and had my own apartment. They paid my bills as long as I went to school.

I went to … Frankford High School.

At Temple I studied … communications and theater, of course. My Temple experience was an awakening. Refreshing but also an awakening.

The MyNEW Philly team consists of … 45 people right now. We don’t have your typical office hierarchy. The team is made up of executives, hosts, directors, editors, producers, production assistants and business development and sales reps.

I founded MyNEWPhilly in 2015 because … having worked in the media as a freelancer—I’ve shot for philly.com, Black Enterprise, Comcast, and radio stations—I saw a void in positive stories that showcase how amazing Philly is. No outlet consistently put out content to celebrate Philadelphia. I want to effect change in the city and I know I’m not going to be a politician. As a filmmaker and content creator, I think that we can be the answer to the news being so negative all the time.

On MyNEWPhilly we don’t cover … crime, violence or corruption. But we do cover anything that moves the city forward. So if there’s a protest that addresses some kind of controversy and gets the city moving, we’ll be open to that. Like we cover charities and charitable people all the time.

My workout routine consists of … pushups, pull-ups and sit-ups. I have rings hanging in the studio and a solid bar in here. With my schedule I can’t go to the gym regularly and when I have down time, I’m here. So I try to knock out 200 pushups, 200 sit-ups and 100 to 150 pull-ups each day.

Someone we’d like to have on the show is … Jim Kenney. He’s becoming a favorite. We’ve had him in our event coverage videos before, but we’d like to interview him on his initiatives. We’d also love to cover people like Will Smith, Kevin Hart, and Oprah.

We liked to cover more of … the hospitals. Philly’s always been a leader in the medical industry. A lot of people don’t know that the nation’s first hospital was built here.

We’re based in North Philly because … I looked all over the city for studio space on a limited budget to start. This was the first space we walked into that was perfect in terms of space and price. The space was raw and we’ve been able to build it into what we need.

Its #nationalpizzaday and #tbt all in one! So we are reliving our 2016 visit to @santuccis_pizza, @kyreeterrell looks like he’s thoroughly enjoying himself and he honestly hasn’t stopped talking about them since this visit. If you have not been we highly recommend you try it soon! Check out the segment on #NotJustCheeseSteaks so you can see his happiness with every bite. Available now on MyNEWPhilly.com! 🍕🍕#philly #phillygram #foodie #nomnom #pizza #santuccis #northphilly #phillyfoodie #pickup #takeout #eat #notjustcheesesteaks #chooseyournews #notthenewsyoureuseto #newsyoucanuse #pizzaday #MyNEWPhilly

Our biggest challenge right now is … our budget. We need to raise capital. We are looking to find that right investor who is interested in redefining Philly with us.

My favorite TV personality is … Ryan Seacrest. He’s business savvy. While he’s professional, witty and has a great sense of humor, a lot of people don’t know about all of the ownership he has in what he’s doing.

A segment we’ll be putting more work into this year is … Lockbox Philly, our real estate channel. We’d like t shoot as many homes, condos, commercial and rental properties as we can. Real estate is booming here and we want people to come to the site to see these virtual listings.

Starting a media company is like … becoming a parent to 45 creative individuals. My biggest job right now isn’t content creation; it’s managing the people I work with. It’s a skill that’s made me such a people person, and I love it.

When I’m looking to cast someone as a host for a show, I look for … energy. We’re all more successful when people come to us with their batteries already included.

A part of our impact that I value is that … we’re incubating local talent. People who have ideas and passion, but might not have experience, can find opportunities here.

The last song I listened to was … Chris Brown’s “Party.”

People may still doubt MyNEWPhilly because … we are less than two years old. But in this time we’ve been consistent and have found a model that works for us. And our model works because we’re not doing TV. TV is dying and social media, people don’t follow platforms that talk about murder and other crime. They follow comedians and cupcakes. We’re speaking to the younger generation.

I splurge on … nothing. I’m very frugal.

A film I recently saw and recommend is … Hidden Figures.

The media has a bad rap because … a lot of media outlets are allergic to change.

My best advice to entrepreneurs looking to launch a business is … ask yourself do you want to? And the emphasis is on the “you.” You have to really want it and be committed to climbing the barriers.