Philly Businesswomen Band Together on “A Day Without a Woman”

They came together to draw attention to the successes and continued challenges women face in the workplace. 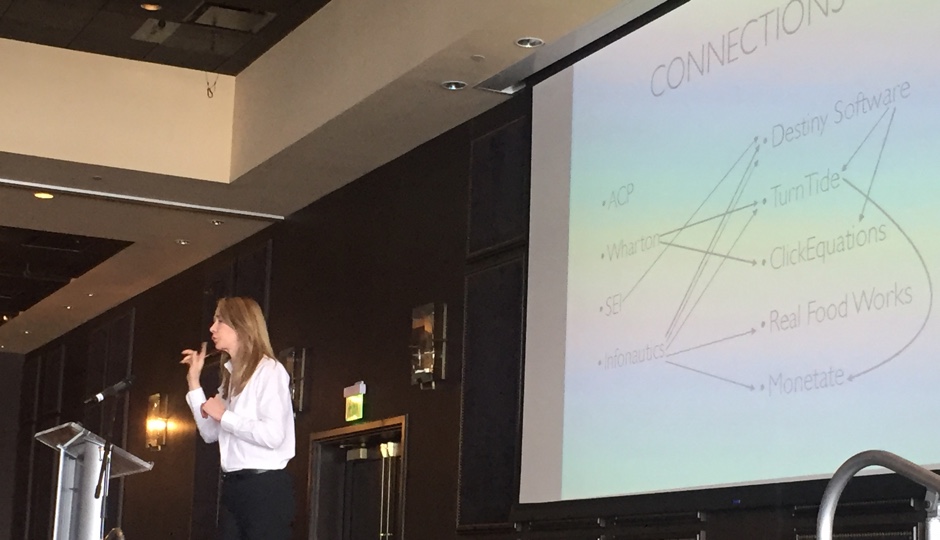 On International Women’s Day and A Day Without A Woman, Monetate president and CEO Lucinda Duncalfe explains how her relationships fueled her career. Image via PACT Foundation.

In celebration of International Women’s Day and in honor of women’s contributions to the global economy, women around the country are taking part in the Day Without a Woman strike.

Back in January, millions of women around the world gathered in defiance of the Trump regime and today’s strike, as the administration moves to defund Planned Parenthood and stall abortion services, was another effort to highlight the sexual harassment, discrimination, job insecurity, and lower wages that women often face in the workplace.

While organizers asked participants to stay away from work, avoid shopping at big businesses, and wear red for solidarity, hundreds of women in Philadelphia convened at a PACT Foundation breakfast to discuss how the region can push for more women-led and women-owned businesses.

For Danielle Pinto, PACT’s director of events, bringing Philadelphia businesswomen together is one way to foster support for the “seen and unseen” contributions that women make in the business world. “Being bold for change is about being a driver for change in the unique way that your resources and your platform enables you to be,” she said. “Being a woman in tech and in business in general can be a struggle. Entrepreneurship involves being able to jump on a plane for a meeting at a moment’s notice, but we sometimes don’t have that luxury because of other obligations. Coming together like this calls attention to that. And for some reason, this year we’re really feeling like things are taking off.”

And in keeping with the spirit of International Women’s Day, originally called International Working Women’s Day, some of our region’s leading women in business shared their stories of success and failure in the workplace and what they’ve done to “connect, engage, and grow.” Here what they had to say: