How Hard Is It for Startups to Raise Capital in Philly?

It’s not impossible, and it’s getting easier according to COSY founder Jonas Cleveland and these local VC's. 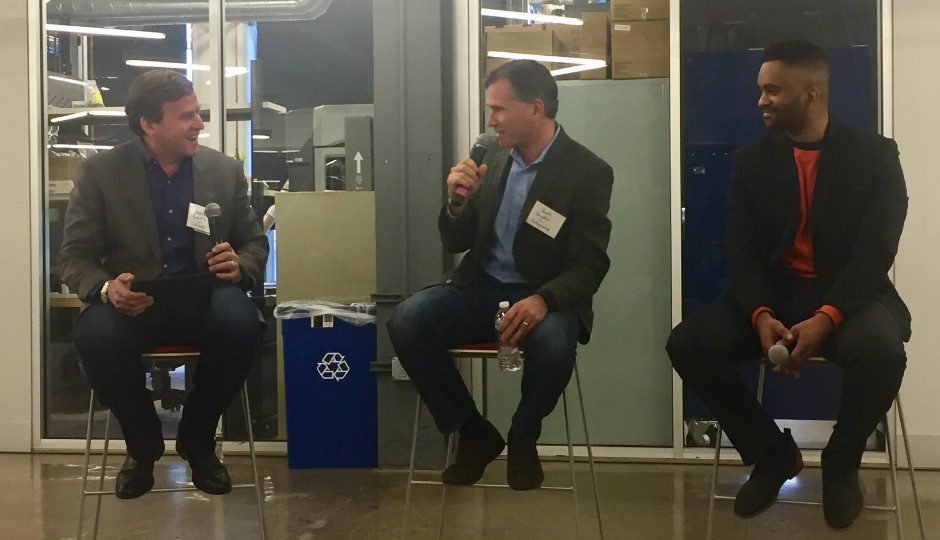 It’s been said many times before that access to capital is still a challenge for Philadelphia’s entrepreneurs, but the process of securing funds for a new venture is getting easier.

Case in point: COSY (Cognitive Operations Systems, Inc), a software platform that enables robots to navigate retail stores autonomously to help businesses manage inventory and maintain smooth operations. At a talk about innovation and capital at the Pennovation Center on Thursday, the company’s founder and CEO, Jonas Cleveland, announced a $2.3 million seed round of funding led by Intel and Chicago’s GoodPoint Ventures. Safeguard Scientifics participated in the round and we know from previous reporting that Ben Franklin Technology Partners also backed the company.

So what was it like for COSY to raise the funds? Cleveland, a first-time CEO and third-time founder said he had to learn a lot about how to impress investors. As an engineer at heart, he discovered that it was essential to be well versed in his technology, but he also became a retail nerd to hone his value proposition for consumers. (It looks like his work paid off: Walgreens is already locked in as a customer, and Cleveland said the country’s top 10 retailers flew to Pennovation to meet with his team.)

Next to Cleveland was Safeguard Scientifics’ chief technology and innovation officer, Scott Snyder, who said they were interested in investing in COSY after forming a relationship with the company and saw that the company wasn’t afraid to pivot from its original propositions. “You can expect to pivot,” Snyder said, “don’t fall in love with your first use case.” When COSY first developed its technology back in 2012, it was a B2C tool that could help consumers navigate around a shopping mall, for example.

And to get more capital flowing through Philly, the panel recommended that the city stop poking holes in its innovation story. What the city can become better at is “sharing Philadelphia’s many success stories,” Cleveland said. Nate Lentz, managing director at Osage Venture Partners who moderated the discussion last night agreed. Instead of tracking the people exiting the city, how about we keep track of who’s entering, he suggested. And if Philly can attract bigger companies, the capital will follow this way, too.

COSY is a spinout of UPenn’s GRASP Laboratory and was one of the first occupants at Pennovation Works, where Cleveland said the team’s focus was commercializing the research that they had in the works for some time. The company will use the funds to enhance Scout, its artificial intelligence tech platform. Here’s Cleveland on COSY’s founding: