Kenney: “Philly Is Dedicated to Evolving Into a Smart City”

The city just won a grant for its “smart city potential.” Here’s what that means. 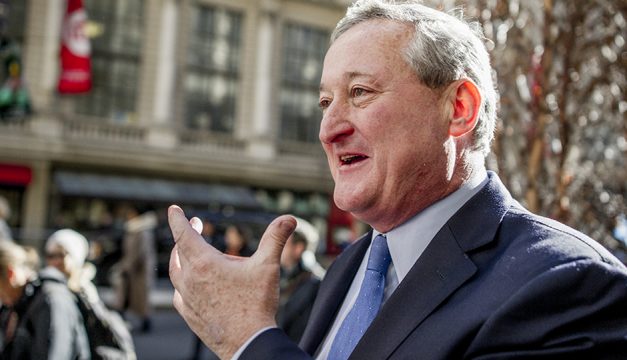 The “smart city” is no longer an abstract idea. Cities in Singapore have sensor-enabled traffic systems, Barcelona has an extensive citywide WiFi network, and Dubai’s working on creating the world’s smartest police stations using Google’s Glass technology. And Philly’s got some plans of its own.

This week the city announced that is was awarded a Smart Cities Council Readiness Challenge grant. Basically, the Smart Cities Council, an international advisory group that’s helped cities develop “smart city roadmaps,” has recognized Philly as a city that has potential to use technology to solve its biggest challenges, like its poverty rate.

Philly, along with Austin, Miami, Orlando and Indianapolis, beat out more than 100 other cities involved in the application process.

“We have been building a coalition of city, community, business and educational institutions. They are all enthused and ready to help with smart city projects focused on the built environment, telecommunications and basic public services like water,” Mayor Kenney said in a statement. “We know the technology behind us is important for our citizens and businesses alike, and the expertise that the Smart Cities Council brings will help us realize those opportunities.”

A few benefits come with the grant. Philly will attend a workshop this year to develop its plan for applying smart tech to “further innovation, inclusion and investment,” the city announced in a statement. And following the workshop, they’ll have connections to the Smart Cities Council experts who’ve worked on more than 10,000 smart city projects around the world, according to the organization.

Philly signaled its interest in getting smarter when it launched the “Smart City Challenge” last summer. “Whatever your background, if you have an innovative idea on new uses for city assets, we want to hear from you,” the city’s chief administrative officer said in a statement.

The city received more than 100 applications and spokesman Mike Dunn says the proposals are still under review. There’s a huge opportunity here to further the convergence of civics and tech.