A former veterans hall named for a Polish-American World War I hero has become a distinctive commercial leasing opportunity in an up-and-coming neighborhood. The bar inside the former Lucyan Chwalkowski Post No. 12 of the Polish Army Veterans Association. | Photos: Courtesy Bob Metry

In case you haven’t noticed, Port Richmond stands on the verge of becoming the next Fishtown and East Kensington put together. Already, rejeuvenation has taken hold in the area where the three neighborhoods overlap — a territory some call “Port Fishington” —  but the pace of development and redevelopment is also picking up closer to the neighborhood’s heart.

In that heart lies the historic institutions of Philadelphia’s Polish-American community. Local developer Bob Metry, who has a fondness for taking pieces of history and turning them into interesting commercial spaces for lease, has done just that with a former veterans’ hall in Port Richmond.

The building in question, at 3178 Richmond St., was built in 1945 to house the Lucyan Chwalkowski Post No. 12 of the Polish Army Veterans Association in America (PAVA). Chwalkowski, the son of Polish emigres who arrived in New York in 1906, was a member of the first class of Polish officers trained in Canada to fight in Europe for Poland in World War I. He was sent to France in 1918 to fight with a Polish army unit serving under French command. In July of that year, Chwalkowski became one of the first Polish troops killed in combat in France when he and three other soldiers were cut down while leading a charge during a battle near Rheims. His French commanding officer awarded him the Legion of Honor on the battlefield as he lay dying while waiting for an ambulance to take him to the field hospital. His last words in response, “This is for Poland!” became a rallying cry and inspiration to Polish soldiers both in Europe and America.

His legend prompted PAVA to buy the lot at 3178 Richmond St. and name their new meeting hall for him in 1945. The hall served not only as a meeting place for the war veterans but also as a social hub for the Polish community. But as the years passed, the post’s membership dwindled, and in 2002, Post No. 12 closed and merged with a still-active post in Bensalem.

The PAVA post sold its old hall to an investor who did little with it save for renting out its second floor to a karate studio. As a result, many of the hall’s facilities and furnishings were still in place when Metry bought the building in 2015. Those facilities include a huge marble bar, commercial kitchen and stage on the first floor, a larger stage and a “Ballroom” sign on the second floor, and another bar that Metry removed from the third-floor meeting hall.

In addition, an early 20th-century piano manufactured by Cunningham Piano Company also survives intact. “The piano is remarkably in tune — perhaps a nod to the soldiers the building is meant to honor,” Metry said.

After purchasing the building, Metry restored its facade and the original signage over the entrance.

Metry is offering the building for lease with several possible uses. It could serve as an educational or daycare facility, as co-working space, as professional offices, as a catering and function hall, as a recording studio and performance space, or any of a number of other commercial uses thanks to its commercial mixed-use zoning.

The building has a 40-foot frontage on Richmond Street, high ceilings and sizable floorplates: approximately 40 feet by 60 feet on the first two floors and approximately 40 feet by 50 feet on the third. There’s a total of 7,000 square feet of interior space on the three floors, with an additional 2,000 square feet in its basement. Its kitchen is commercial grade and equipped with an Ansul fire suppression system.

Metry is promoting the property as an opportunity for a creative tenant to get in on the ground floor of Port Richmond’s future.

More information about 3178 Richmond St. is available on the property’s website. 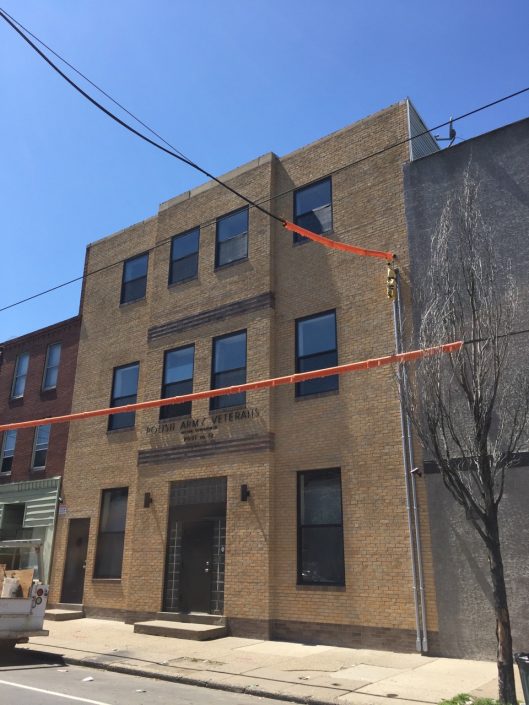 A view of the bar in the first-floor social hall 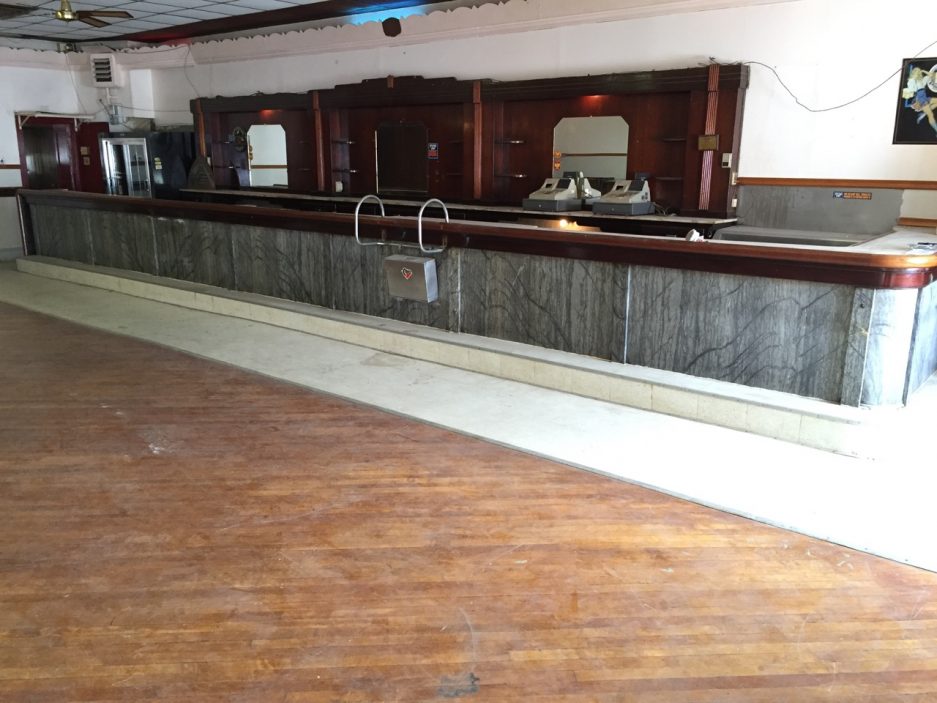 Closeup of the social hall bar 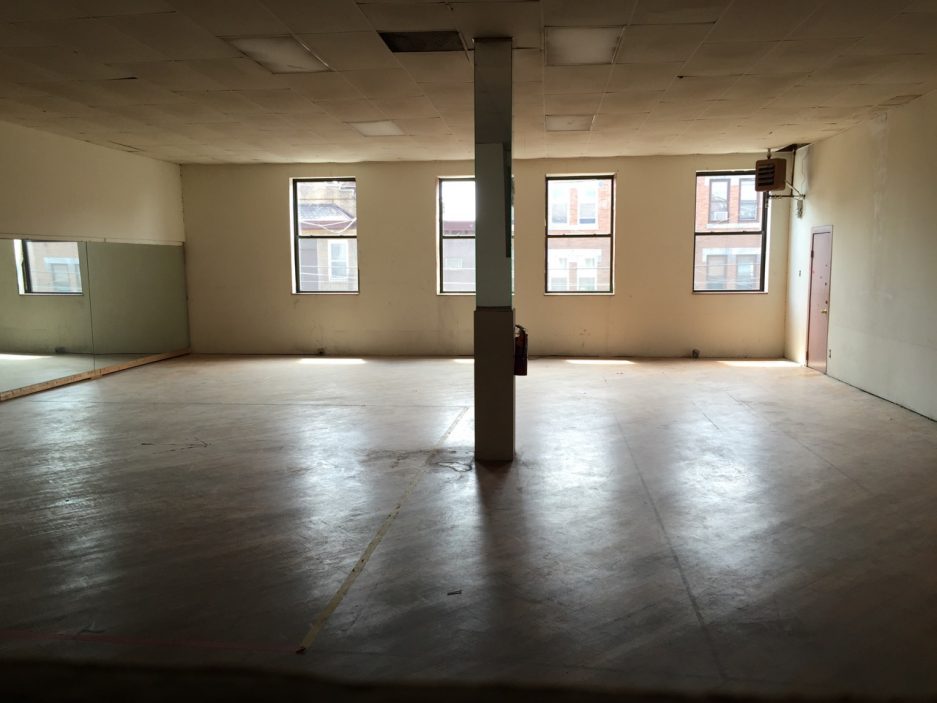