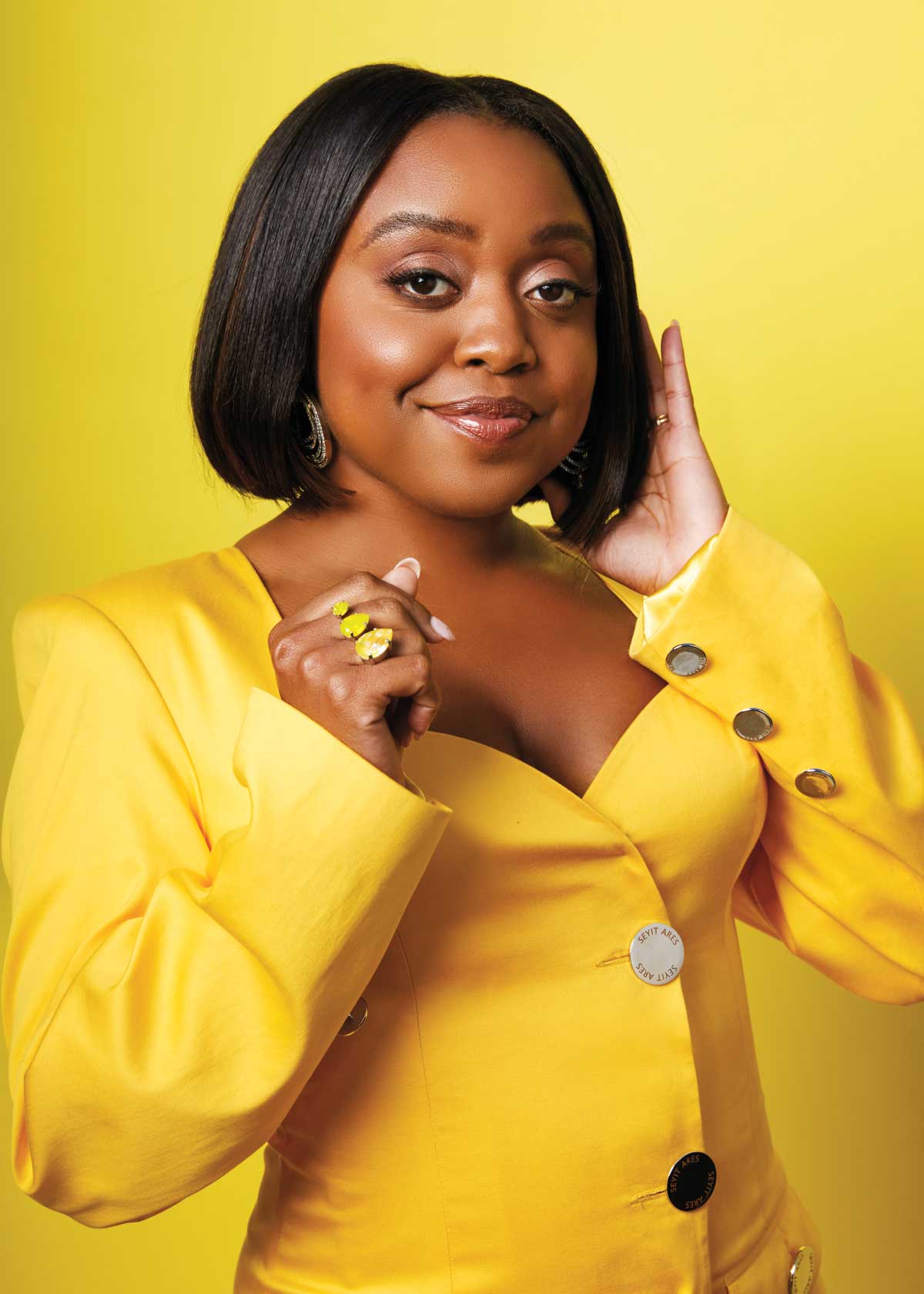 It could have been a colossal failure: a workplace comedy (as if we haven’t had enough of those) set in an under-funded Philly public school (not an apparent great source of laughs) and broadcast on network TV (something people have been watching less and less of). “Oh my God, I really hope people like it,” Abbott Elementary creator and star Brunson told us just after the show’s debut on ABC in December. Well, they liked it. They liked it a lot. Thanks to the comic genius and marketing savvy of Brunson, who was raised right here by a mom who taught in those under-funded schools, the show proved a runaway success, earning well-deserved comparisons to The Office and killing it in the ratings — and making her an icon in the process. The show’s now been renewed for a second season; look for it on September 21st.

What began as a temporary deal in a shuttered pizza joint is now a full-blown, deeply personal restaurant. Amanda Shulman has transitioned Her Place Supper Club from a short-term project to a permanent operation while retaining its sublime French and Italian-ish food and a human touch so integral to the original concept. Coming here feels like having dinner at your cool new friend’s house — if your friend made the best steak tartare and fries in the city, always seemed to keep a truffle hidden somewhere in her kitchen, and had a wine and cocktail program crafted by Julianna Bursack. Her Place may have started as a pop-up, but lucky for us, it’s not going anywhere. 1740 Sansom Street, Philadelphia, PA 19103, herplacephilly.com.

At some Chinese restaurants, there are two separate menus the one given to American diners, and the secret one reserved for Chinese-speaking patrons. Not here: All diners get the same menu, which has both Americanized kung pao and lo mein and bona fide dishes you'd actually find in China. While you may find comfort in ordering your tried-and-true dishes (and they're great here), good things happen when you leap over that Great Wall to the other side of the menu. Cases in point: perfectly snappy shrimp in a hot pepper sauce, sizzling beef with charred scallion, and tea-smoked duck that'll have your taste buds on the road to Shanghai. 260 North Pottstown Pike, Exton, PA 19341, handynasty.net.

Well, really the only good thing to happen in a Tesla. With their three-year-old son Rafa in the back seat, Wayne residents Keating and Yiran Sherry were driving to Paoli Hospital one morning last September when they hit rush-hour traffic just as very-pregnant Yiran’s labor contractions sped up. Luckily, they drive a Tesla, so Keating switched on the autopilot and comforted his wife while she gave birth to daughter Maeve (her job as a yoga instructor helped with the breathing) and Rafa demanded, “Is Mommy okay?” “Our hope for this was that it was going to be a natural birth,” Keating said afterward. “Never in our wildest dreams would we expect it to happen in the front seat of our car.” 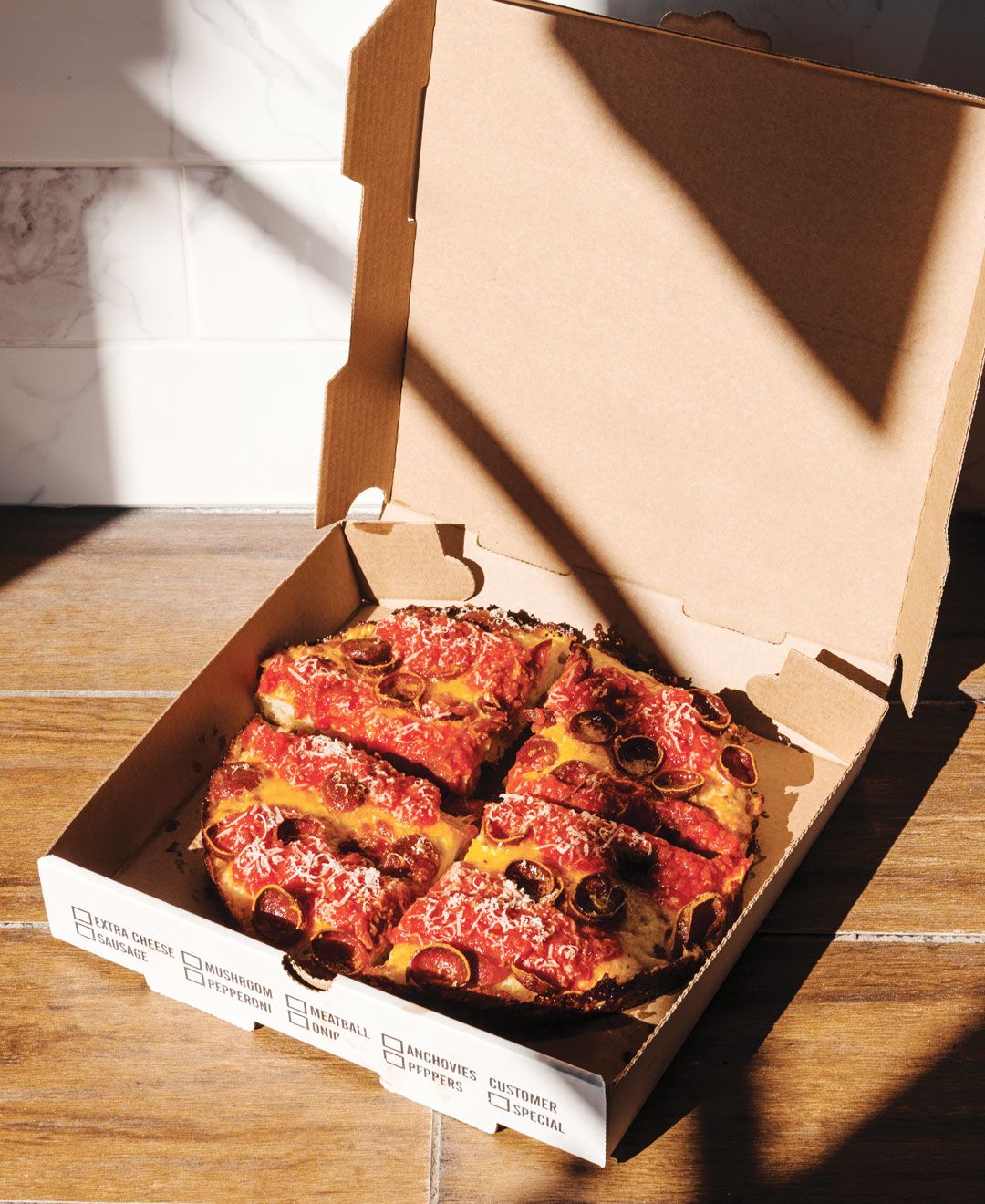 Sometime in my mid-20s, three faint but distinct lines decided to plant themselves on my brow, stretching from temple to temple across my forehead like a fence without posts. I sometimes stand under the harshest light in my bathroom, dapping on a variety of products to see if with the right combination they might plump back out, like little troughs just waiting to be filled. They never do. Well, they never did, I should say Five years ago, on the advice of a friend, I went to Rescue Rittenhouse Spa's Danuta Mieloch, a Polish-born aesthetician who worked in Paris and Manhattan before opening Rescue here nearly a decade ago. Her facials are the only thing that has ever made the lines fade to near-nothingness. I realize this sounds absurd, especially because we're not talking about injectables or lasers or anything you've seen on Real Housewives. The magic comes courtesy of a non-invasive, utterly relaxing 60 minutes filled with exfoliating, a little microdermabrasion, and lots of moisturizing. The result is Beyonce-level luminosity and smoothed-out skin. One glows no exaggeration for weeks. Chances are good that I'm not writing anything you haven't read about or experienced yourself: Danuta (or Dana, as she's known to clients) long ago became an instant Philly classic. Friends told friends, and suddenly you had to wait six months to get an appointment But Rescue the closest thing I've ever found to redemption for all those sunburns in my youth is always worth it. 225 South 17th Street, 2nd Floor, Philadelphia, PA 19103, rescuerittenhousespa.com.