The beauty of Powerhouse Dance isn’t just that it’s adults-only (classes are geared toward those with some dance experience) or that pricing is pay-as-you-take (what grown-up can commit to full-year tuition?), but that the Cherry Hill Artists in Motion Dance Complex hosts a rotating schedule of classes every week — from heels and hip-hop to ballet and street jazz — that’ll get any “retired” dancer back, confidently, on the floor. 1742 Marlton Pike East, Cherry Hill, NJ 08003, powerhousedancesj.com.

2022 Best Bracelets You Can Literally Never Take Off

Okay, if you use a pair of pliers, you can remove the permanent bracelets — but why would you want to? They come in various price points, metals (sterling silver, rose gold) and links (hearts, paper clips), and charms can be added. Bring your bestie to your appointment for a modern kind of friendship bracelet — one that’s welded by a laser onto your wrist. 2001 Walnut Street, Philadelphia, PA 19103, angelamonacojewelry.com.

We've been waiting for someone to come along and give all the best parts of a sandwich good bread, melty cheese, that bitter/spicy/meaty contrast a face-lift. Which is why Paesano's stole our hearts (and stomachs). There's the Arista, for which a whole suckling pig is house-roasted, pulled, and served on Liscio's bread with broccoli rabe; the Gustaio, in which house-made lamb sausage is slathered with a sweet-cherry mostarda, gorgonzola and roasted fennel before being wrapped up in a buttery pita; and the namesake Paesano: slow-roasted beef layered on a substantial hoagie roll with gorgonzola, roasted tomatoes, pepperoncinis and house-made cole slaw. 1017 South 9th Street, Philadelphia, PA 19147, paesanosphillystyle.com. 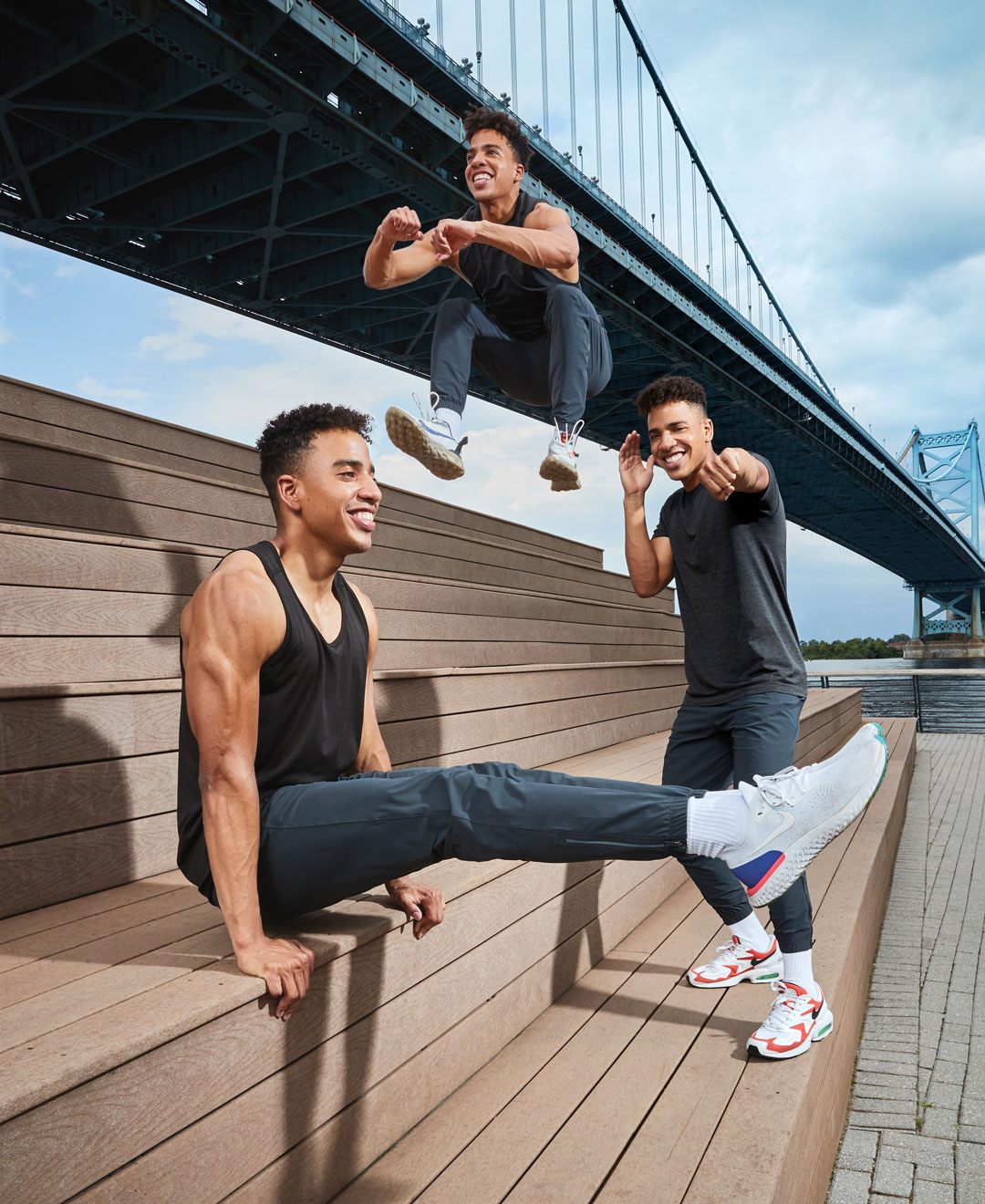 The enthusiasm and joyfulness of 24-year-old Black identical triplet brothers Malik, Ahmad and Khalil Jones is infectious — they just love working out and helping you work out. (They’re also steeped in Philly’s boutique workout scene: In addition to running their own fledgling fitness company, Malik teaches at Unite Fitness, Ahmad teaches at Barry’s, and Khalil is an instructor at Rumble.) Their classes are some of the hardest in the city, and in the wake of Philly’s Black Lives Matter protests, the three seamlessly shifted their Instagram feed from playful synchronized dance videos to serious snippets on practicing meaningful allyship and becoming anti-racist. triyofitness.com.

With its wizened waitresses and circa-1955 decor and heaping helpings of satisfying and delicious schnitzel, spaetzle, knockwurst, and tangy, tart, famous potato salad, the only thing missing at this 37-year-old biergrten are the von Trapp kids singing as you eat. Though the AV does come alive with the sound of music: an oom-pah-pah band plays Saturdays, sending spry polka dancers revolving on the tiny dance floor like dolls on a music box. And the prices dinners around $12, draft beers for $2.50 will have you loath to say Auf wiedersehen. 321 Huntingdon Pike, Rockledge, PA 19046, austrianvillage.com.

Whether your offspring aspire to be the next Top Chef or can’t even make a PB&J, they’ll have fun learning their way around the kitchen at Hudson Table. From parent-and-kiddo classes to after-school workshops (think: holiday treats and Disney-inspired menus) to week-long summer camps structured like a mini culinary school, your kids will pick up some cooking skills (including — gulp — knife work) and confidence. Heck, maybe they’ll cook you dinner for once. 1001 North 2nd Street, unit 1, Philadelphia, PA 19123, hudsontable.com/philadelphia/kids-classes.

When it's time to give up your packrat ways, they'll be happy to clean you out. You can pick full-service removal, or load your own junk into one of their "trash pods," which they'll come and pick up three days later. And in the spirit of going green, they'll recycle or donate up to 75 percent of your items to a nonprofit organization. So you'll feel even better about parting with all that stuff you should have tossed years ago. Call or see website for consultation, 00000, deletemytrash.com.

Bright white marble surfaces, lollipop-red Saarinen stools and pristine Florence Knoll armchairs make this medi-center feel more like a medi-spa. It's not. At year-old Deme, you can meet with co-owning dental gurus Thomas and Cheryl George, have your face-lift fixed with fresh-from-the-Upper-East-Side surgeon Kevin Cross, get the best clinical facial in town from beloved former HUP aesthetician Betsy Rubenstone, and sign up for some serious massage therapy. If that's not spa-like, we don't know what is. 2200 Arch Street, #102, Philadelphia, PA 19103, demeonline.com.

Post-game press conferences are where original quotations go to die. Not so with Maxey. In January, the point guard showed up after a victory and started singing the Sixers fight song. Then, when the soporific sportswriter hive failed to react, he asked them: “Why y’all always so serious?” That joyful spontaneity is what makes Maxey such a compelling player on the court, too — and why we’re starting to think he’ll have plenty more singing opportunities in years to come. Clap your hands, everybody …